what i don’t want

i had lunch with a friend yesterday. we were talking about how she’d met her husband through a dating website. that instead of making a list of what she wanted in a man, she made a list of what she hadn’t liked about her exes and then looked for the opposite.

that scene in the notebook when noah’s badgering ally with what do you want? it’s so easy to ask that question. answering it should be simple. but it’s not. not for me anyway. i’m a typical aries — the thing i want most in this moment could be the last thing i want five minutes from now. add to that the raging hormones of a bipolar gal. it’s like i’m doubly-jinxed.

i’m off men at the moment… maybe forever. i don’t even know why i’m writing this post.

what do i want…

when i was a kid and people asked me what i wanted to be when i grew up, i’d always say teacher and a waitress because teaching didn’t pay very well, and i wanted to make lots of money.

that’s what i said. but what i really wanted was to be like my mother.

one of my oldest memories… and i don’t even know if it’s real because i can’t picture it… but i sense it, i feel like it’s true… coming home from elementary school, maybe when i was seven or so, to find her standing at the ironing board starching my father’s shirts and the table linens while she waited on my older brother and i. it’s a good memory… if it’s true. i like thinking that it is.

my house had such warmth in it. the world was so cold outside. when i grew up, i wanted to make a home as welcoming as ours was… i wanted to be so giving, so good. i wanted to love that well and be loved that well.

i’m forty-two now. the likelihood of this want ever being a reality for me is almost nonexistent. 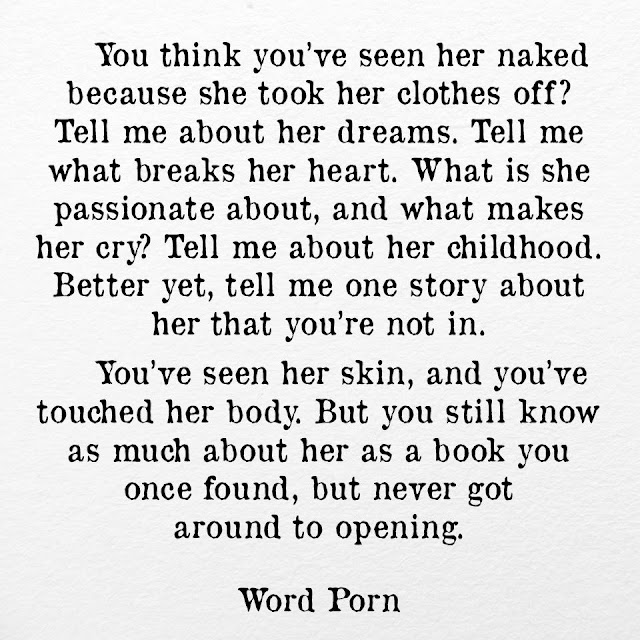 that’s not to say i’m not guilty of doing this with guys. the last couple i’ve played with… i didn’t really care to know anything too serious about them… i just wanted the company. but even then, i strived for thoughtfulness — i’d send them cookies and curb the sarcasm, and that, yall, is a rather huge feat for me. i didn’t want to dig too deep into their histories. i didn’t want them digging too deep in mine.

i was less compassionate than normal. mostly because i’ve all but given up on that dream i had as child. almost…

what i haven’t liked:

the guy who showed up two hours before i was supposed to meet him and at my apartment, an address i had not given him. who’d researched every residence, every traffic violation and god knows what else before i’d even known he’d wanted to go on a date.

the guy who assumes that my seriousness is disinterest… i tend to clam up when i’m interested, the best kind of defense mechanism… the more interested i am, the less likely i am to speak… and then, when we’d finally gone on a date, he couldn’t be bothered to park his truck and walk me back up to my apartment after having seen the movie… in fact, he was so eager to bail, he didn’t even put the engine in park when he’d gotten to my complex… he’d stopped just long enough for me to get out and was out of sight before i’d even gotten to the sidewalk.

the guy who does what he needs to do get himself aroused without considering whether i am.

and…this is worse… the guy who arouses me and then disappears. bastard.

worse still… the guy who wows me and then vanishes. so rare. so beautiful. such jackasses.

the guy who holds you while saying he doesn’t want a relationship. what the fuck are we doing laying on your couch then, with your arms around me? what’s the point of dating, then? if you don’t want a relationship why do you toy with a gal’s affections? do you think we give them so freely? seriously… three guys have impressed me. in forty-two years. three.

the guy who can’t say when he’s not pleased by something trivial, let’s the little things build until they’ve snowballed into something huge and unforgivable and walks without a word. and then, when confronted with the silence, says he thought he’d addressed it.

the guy who would rather make like there was bad connection and hang up — because his gal was saying something he didn’t want to hear — over and over and over again.

the guy who makes a gal do things she wouldn’t normally do because those things please him. and i’m not talking about little things — i’ve put fake nails on my hands for a guy before… i’ve colored the grays because, while i have accepted the things are gonna be on my head, the guy doesn’t want to see’m. it’s my hair, and i’ve had enough of coloring it. god gave’m to me. i’m trying to embrace this. i’ve earned the damned things (partly from putting up with all this bullshit)… but those are little things. i’ve done bigger things i’m not proud of doing because the guy had asked me to, and i was weak… or something. i don’t want to be pushed. i don’t want to be made to feel like i’m less because i’m unwilling to do a thing.

the guy whose idea of a valentine’s day gift is phone sex.

the guy who can’t be bothered to remember my birthday, even with something so small and simple as a phone call… even when i’d told him twice that my birthday was coming up.

the guy who catches up to the gal in the bmw on the freeway to check her out because she’d been checking him out and paces her for a long moment… with me in the passenger seat.

the guy who takes a gal out for dinner while he’s still married to someone else.

the guy who brings champagne instead of vodka… first of all, you can do a lot more with vodka than you can with champagne. second, i’m not posh and gloss, by any means… champagne’s not my style. but mostly, when you offer to bring something over for the dinner i’m cooking you, and the thing i’m cooking calls for vodka… be a good listener. bring me my vodka. and it’s tito’s, dammit… not that skyy shit.

4 responses to “what i don’t want”