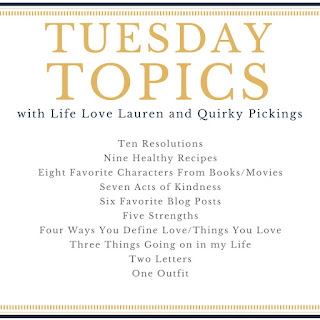 so one of my new year’s resolutions was to send out handwritten notes instead of emailing or leaving compliments on friends’ facebook walls and such. lauren used this post to write two letters to her younger self. i’d like to share with you two messages i got from folks who received notes i’d sent… because i want to remember them. because i was touched to receive them. because i need to have the reminders that what i do is good when it’s hard for me to see that.

the first is from a gal i knew in my youth, one of my artistic friends whom i’d written for one of the tasks from last month’s scavenger hunt:

i just checked my mail and got your beautiful letter. i couldn’t hold back the tears that welled up from the multitude of emotions i felt while reading. it’s so wonderful to connect with someone through shared experiences, even if they aren’t exactly the same. i’ve been wanting to paint recently, but just haven’t felt the motivation to kick myself into gear. i think you may have given me the nudge i needed to get back to my creative outlet. i’m sorry i’m not taking the time to hand write a reply. i just had to message you immediately. i love having a stronger connection with you now. this is where i begin to love facebook again. thank you so much for you sweet letter. i will keep it always to remind myself that i share my life publicly for a reason.

the second is a message i’d sent to my cousin, via facebook because he travels FREQUENTLY, and mailing him a letter is NOT a good idea. he probably would never see it. so i made an exception in his case. this was a task for this month’s scavenger hunt. i sent a card to another friend, but it was imperative to me that he know of this conversation:

me: hey there. i wanted to take a second to remind you how awesome you are. the other day, when i was talking with bambam (my nephew) about his cousins, and i started naming them off… when i mentioned your name, he said i like him. he didn’t say that about the others. just you. i thought you might like that.

it takes maybe ten minutes to write a letter yall, one into which you’ve put thought and care. it takes one to pop a line through facebook’s messenger. and those ten minutes… hell, that one minute, could make a huge difference in someone’s day.

two years ago, when i’d dumped the douchebag, i’d told a not-so-close friend, a woman with whom i wanted to have a stronger relationship, what that man had said to me, the words that cut the ties between me and him. this was the day after i’d cut them. so the words he’d said were too much in my head. interestingly enough, AMAZINGLY enough, having told her of this… she’s become one of my favorite people. she sent me a card the day after i’d told her. i can’t find it right now. but it always shows up when i need to reminded of the goodness she’d sent my way. i see her at least once a month now, when i’d seen her maybe once a year before. she invited me to join her book club, and i’ve met some truly incredible women because of it.

one of them’s riding the ferris wheel with me today so i can polish off the last of this month’s scavenger hunt tasks.

it’s amazing what can happen when we open ourselves up to each other.

Leave a Reply to Lauren {at} Life.Love.Lauren Cancel reply