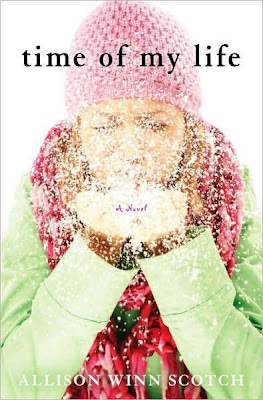 why i wanted to read it: because it’s one of those what would happen if things, and i like stories that spin that way. like if i hadn’t married this guy, if i’d stayed with other one, what would my life be like? if i’m interested in a book, i don’t read the first page, i pick a spot… just open it up and read. because i know that a writer’s job is to catch you at the first. that’s easy. the trick is to keep you. and if the middle of a book sucks, you’re gonna put the book down, right? why bother? and what i read, i liked a lot.

what i liked: the premise of the story. most of the characters.

what sucked: i didn’t like the main character that much. hardly at all, actually, save for a few instances, none of which were written so well that i feel compelled to share them with you.

usually, you can tell a lot about the life the writer leads by reading what she’s written. and sometimes you’re right. and sometimes you’re wrong. in this case, my gut says that the author’s life as been one that coasts. she’s not known too much trauma. not personally. she’s the cliquish type, the girl who’s on the drill team in high school and dates one of the star players on the football team for all four years. and then she goes to college and joins the best sorority and has that circle of friends whose own lives mirror hers in ease and comfort. she graduates. gets the perfect job. marries the perfect guy in the perfect wedding ceremony. has the perfect family. lives in the perfect house. she doesn’t want for much, because she gets what she wants most of the time. she’s married arthur and lives in camelot. and there’s no lancelot to break the idyllic bubble.

but she imagines one. and in this novel, she goes chasing after him.

the main character? she’s shallow and selfish, for the most part, though she does have some compassion for a few people. she’s a little annoying. not my kind of people.

having said all that: there’re two characters that redeem the story a bit: henry and megan. the main character’s husband and her best friend. they made me want to finish the thing.