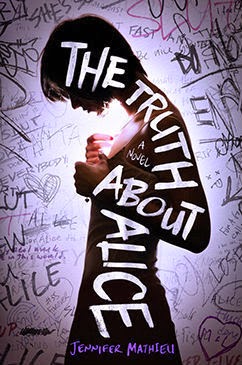 why i read it: because in july of last year, i went to a writer’s workshop presented by the author, and ever since then, i’ve been meaning to read her book, and when i emailed her the other day with questions about the craft and because i’d lost my notes from that workshop and needed some reminders, she took the time to compose a very kind reply.
what i liked: kurt — so why don’t i mind living here? first, everyone leaves me alone. which is to say they ignore me. which is not as bad as it sounds. to be honest, it’s really rather nice to be afforded such freedom of time and of space to read, to think, and to study, and to be left in peace. when i sit by myself in the cafeteria rereading the hobbit for the thirteenth time just because i want to, i don’t look out onto the sea of faces and wish i wasn’t alone. i simply acknowledge the sea exists and go back to the hobbit. it isn’t difficult for me.
secondly, i haven’t minded living in healy because my grandmother is a loving and caring woman who has raised me with affection and compassion.
lastly, alice franklin lives here.
alice franklin with the raspberry lips and the bad reputation and the faraway eyes (pp. 34-35).
“it’s such a pleasure to teach you, to talk with you,” he answered. “you have a gifted mind.” he leaned back in his chair, his arms behind his head, and i could see the yellowing stains on his shirt, under his arms. if mr. becker knew they were there, he didn’t seem to care. nor did he seem to care that he was almost completely bald and had pockmarks on his cheeks from bad acne, or that he had several unknowable stains on his tie.
i have a gifted mind, all right. i know enough to know that i do not want to turn out like mr. becker. and i know enough to know that to ask mr. becker about how to talk to alice would be more complicated than discussing quantum gravity (p. 53).
elaine — then my mom will take all our special weight watchers food and use a black sharpie to label it with point values and store it on one shelf in the fridge and one shelf in the cabinet, and if she’s feeling totally nuts, she might even put a post-it note on the shelves that says, “mom’s and elaine’s special food–don’t touch!” which is totally stupid seeing as how the only person who lives in the house is my dad and he wouldn’t touch our special food even if it meant the healy tigers were guaranteed a winning football season for the rest of his natural life (p. 59).
what sucked: it’s two hundred pages, but it sometimes feels as though reading it takes as long as a book twice its length.
having said all that: it makes me SO glad i was not one of the popular kids growing up. one of the girls with whom i’d gone to elementary and junior high school… a few years ago, when discussing a particular back-to-school swimming party (that had sucked so much for me that i’d left early, walked back home and gone to my room to cry), she’d said that her friends (because she was popular) had made fun of her because her bathing suit sagged in the butt. i remembered being annoyed with her for comparing them mocking her textiles to them mocking my person… her pain seemed so insignificant next to mine. i’m a little ashamed, now, to admit that i felt that way. i know high school sucks for everybody. but i’ve a better appreciation for that now because of this book. and i’m so glad i was more like kurt (but not nearly as good as he… i was too embarrassed to sit alone in the cafeteria) back then than kelsie or elaine or anybody else in healy, texas. it’s not a bad read. best thing i can say about it is the author does a pretty good job of making each of her characters have unique voices.