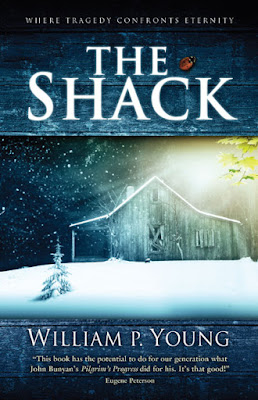 why i wanted to read it: i used to work as a merchandising supervisor at a bookstore. this thing was on the bestseller bays FOREVER. i remember people talking about it and thinking it sounded stupid. so i’d never wanted to read it, but then they made that movie of it with sam worthington (LOVE him) and octavia spencer (LOVE her) which tempted me to check it out. and then at a friend’s birthday party a few weeks ago, a friend of the friend encouraged me to read it. since reading the death and life of zebulon finch before april thirtieth was becoming less and less likely and since i don’t typically read religious books, i figured i could switch titles for my genre of book you never/rarely read category in erin’s book challenge.

what i liked: ABSOFUCKINGLUTELY NOTHING. NOT A DAMNED THING.

what sucked: this is the worst-written, most absurd story i’ve ever read. in. my. life. how this thing became so successful is MIRACULOUS, terrifyingly so.

having said that: you wanna know god? join a bible study. dig into the scriptures. don’t read stupid, STUPID stories like this one. i was googling to get the image for this post and saw that, i guess on google, some thirty-four hundred folks have given this book five stars. what. the. fuck. WHY? won’t see the movie, by the way, no matter how much i might love sam worthington and octavia spencer.

One response to “the shack”