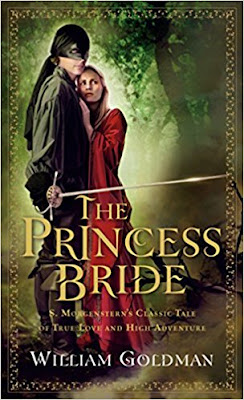 why i wanted to read it: because my sister-in-law, niece and nephew had not seen the movie. we watched it while in colorado. when i’d mentioned to my nephew that it was based on a book and asked if he wanted to read it, he said yes, so i bought it. curious to know how it differed from the film, i read it. the boy’s interest in the story, of course, has vacillated since having purchased it. i suggested on a number of occasions that we could read some of it, and he balked every time. my niece said today that she wanted to read it. they’re eight. i’m sure they’ll change their minds again. whatever.

what i liked: “if your love were a grain of sand, mine would be a universe of beaches” (page 63). (yes, it’s corny as shit, but i’m a romantic. i liked the analogy. shut it.)

or worse, what if he got to america and worked his jobs and built their farm and made their bed and sent for her and when she got there he would look at her and say,”i’m sending you back, the moping has destroyed your eyes, the self-pity has taken your skin; you’re a slobby-looking creature, i’m marrying an indian girl who lives in a teepee nearby and is always in the peak of condition” (page 65).

the woman who emerged was a trifle thinner, a great deal wiser, an ocean sadder. this one understood the nature of pain, and beneath the glory of her features, there was character and a sure knowledge of suffering (page 69).

he was fevered always now, but he forced his frail shell on, because this had to be the finest since excalibur. domingo was battling a legend, and it was destroying him (page 130).

consider: a little over three years ago, you were a milkmaid and i was a farm boy. now you are almost a queen and i rule uncontested on the water. surely, such individuals were never intended to die in a fire swamp (pages 212-213).

“i’ve heard before of creatures like this, the heartless ones, and as they grow bigger they get more and more beautiful and behind them is nothing but broken bodies and shattered souls” (page 241).

“he sails the seven seas with the dread pirate roberts.”

“because he is a sailor for the dread pirate roberts.”

“a sailor? a common sailor? a common ordinary seaman bests the great inigo montoya with the sword? in-con-ceiv-a-ble. he must be the dread pirate roberts. otherwise it makes no sense” (page 275).

“there is a god; i know that. and there is love; i know that too; so westley will save me.”

“yes, i am a silly girl and, yes again, i will go to my room, and you are a coward with a heart filled with nothing but fear.”

the prince had to laugh. “the greatest hunter in the world and you say i am a coward?”

“i do… i say you are a coward and you are; i think you hunt only to reassure yourself that you are not what you are: the weakest thing to ever walk the earth. he will come for me and then we will be gone, and you will be helpless for all your hunting, because westley and i are joined by the bond of love and you cannot track that, not with a thousand bloodhounds, and you cannot break it, not with a thousand swords” (page 280).

“your ears you keep, so that every shriek of every child at seeing your hideousness will be yours to cherish — every babe that weeps in fear at your approach, every woman that cries ‘dear god, what is that thing?’ will reverberate forever with your perfect ears. that is what ‘to the pain’ means. it means that i leave you in freakish misery until you can stand it no more; so there you have it, pig, there you know, you miserable vomitous mass, and i say this now, live or die, it’s up to you: drop your sword” (pages 351-352).

i LOVED reading about inigo and fezzik’s histories. i loved that it delved into the nightmares buttercup has about what would happen were she to marry humperdinck. there’re a couple of other small differences, but essentially (because goldman also wrote the screenplay), the film follows the text.

what sucked: there are TWO introductions to the novel, both by the author. WHY??? why must you waste my time and the world’s paper? just get to the good stuff! thirty-nine pages of bullshit, and THEN the story begins. because it’s a story within a story, and i don’t give a rat’s ass about the exterior. i only want to read the GOOD STUFF, goddammit. and then there’s some thirty more pages of bullshit before you get to a sort of epilogue (i HATE epilogues because usually they’re stupid and CHEESY). i’ll probably read it. eventually. but for the sake of this post, i’m sticking a fork in the thing.

having said all that: i enjoyed reading this. it’s fast and engaging… once you find the true beginning.