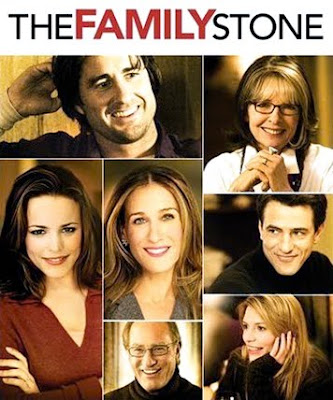 my second summer vacation has started. this week, i’m staying within texas’ state lines. tomorrow, i will do all those responsible things i’ve been neglecting, like getting the rear license plate’s light fixed (which will most likely mean some circuitry or something in phineas’ rear will have to be repaired because he’s got water in one of the taillights, which is probably shorting the license plate light. assuming of course that it’s necessary to fix all this, i can’t see the repairs coming cheaply. i had to buy an acura, after all.) then there’s the matter of getting him inspected (which is why i’ll be fixing the light and any other problem phin may have that pertains to said light) and registered.

i’ve been neglecting the inspection for eleven months and the registration for seventeen.

i also have to find a current copy of phin’s insurance.

all this so that i can drive him to austin on saturday and beaumont on tuesday and wherever else i may care to go.

and then i have to buy a new swimsuit for sunday, because one of my friends and i are going to schlitterbahn galveston, and i can’t very well go there wearing my tyr workout suit. not sexy. not that i’m trying to be…but i’d rather not go looking like i was on my way to a swim meet.

as if the flabbiness of my thighs wouldn’t make any attempt to appear that way pathetic.

that was a clumsy construct. i’m tired. hopefully you know what i meant.

my store manager complimented me today. he said he enjoyed working with me this week and that i’d done well. that was really nice to hear. probably one of the better compliments i’d received from management in some time.

one of my favorite films is the family stone. i love how perfectly it depicts the myriad of emotions that swirls within a family’s dynamic and the war between that family’s joy for the holiday and the stress of everyone being in one house together and dealing with each others’ idiosyncrasies.

i really shouldn’t write when i’m this tired.

i feel like a bad combination of meredith and amy. take meredith’s anxiety and awkwardness and pair them with amy’s irritableness and judgmentalness and there’s me.

and that scene when meredith’s crying, isn’t there anybody that loves me?

i cry every time i watch that.

i know. it’s just a movie. i shouldn’t be so affected by it. and plenty of people do love me.

but most of those people have someone on whom to lean when they’re weary.

and i know. this appears to be a recurring motif. contrary to what it might seem, i’m not looking for pity. i’ve said that before, too.

she may be weary. women do get weary…

when my older brother passed away, at the memorial service we held for his friends, and for the next few weeks following his death, i was so concerned with making sure everyone else was okay that i didn’t take much time for myself. so i put on this brave front, like i’m fine. and then, when i’d gotten back to san antonio and settled in, i fell apart. and there was no one there to help me get back up.

why do i watch these movies when they do this?

it’s like that stupid carrot dangling before my face, but always just out of reach.

just before meredith’s moment of despair, she confronts this family. she knows how they see her. she nails it. to them, she is a spoiled, crazy, racist, bigot bitch from bedford.

i wonder how the world sees me. i can never tell. sometimes i don’t care because, inevitably, it doesn’t matter. but sometimes, i forget whom i’ve become and have to rely on who i was to define my current sense of self. and because whom i used to be was so unlikable, i’d rather look to others to remind me of who i am now.

i’ve days, like today while i was on my way to work, during which i feel pretty. and because i want to be able to see that reflected in the mirror as opposed to the hideous sight i presented as a child (or because i think somehow that feeling pretty will be enough of a transformation to make my plain features presentable), i’ll pause as i pass a surface that provides a glimpse of my reflection or i’ll flip the visor down and look. and on days like today, i’ll be greeted with that plainness, and i’ll grimace and quickly flip the visor up or hurry past the glass because who i think i am and who i am are two totally different things.

oh, how i’d love it if they were the same.

and, though there’s the occasional moment while watching the film that my heart is satisfied with seeing others get their happy endings — and i’m not naive enough to think those happy endings are actual endings and everybody’s hunky dory from then on…i’ve spent my life observing others, so i’m well aware of how things really are. anyway, while my heart is temporarily satisfied and my spirits are lifted a bit, the satisfaction and the soaring are always so shortlived.

as soon as the movie stops, i’m reminded of my reality.

why do i do this to myself?

on a slightly brighter note, i suppose if my life and my emotions were as placid as the waters of my parents’ often unoccupied swimming pool, i would be as unhappy as i am with their tempestuousness. i imagine this is rather like prefering the grass of others’ pastures. someone’s is always greener.