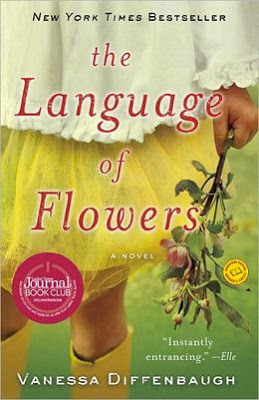 why i wanted to read it: a friend recommended it.

what i liked: but if meredith had placed me in the group home to scare me into behaving, it hadn’t worked. despite the staff, i liked it there. meals were served at regular hours, i slept under two blankets, and no one pretended to love me (p. 10).

i knew who listened to their mother (genna), who was loved by their teacher (chloe), and who would rather be buried alive in the sandbox than sit through another day of class (greta, little greta: if my asters had been in bloom, i would have left her a bucketful in the sandbox, so desolate was the voice that begged her mother to let her stay (p. 21).

arranging the flowers and wrapping them in brown paper as i had seen renata do, i’d felt a buoyancy similar to what i’d felt slipping the dahlias under the bedroom doors of my housemates the morning i’d turned eighteen. it was a strange feeling–the excitement of a secret combined with the satisfaction of being useful (p. 44)

“no, warmth of feeling,” elizabeth said. “you know, the tingling feeling you get when you see a person you like.”

i wasn’t looking for the mysterious vendor; at least, i told myself i wasn’t. when i did see him, i slipped down an alley and ran until i was out of breath (pp. 69-70).

“it’s thorny and pod-bearing. just the sway of the tree makes you think of shifty-eyed men in convenience stores, untrustworthy.”

“and how is untrustworthy related to secret love?” he asked.

there had been a dried-flower business, he explained, but he’d shut it down when his mother became ill. he didn’t much care for the corpses of what had once been alive (p. 103).

“i’m more of a thistle-peony-basil kind of girl,” i said.

i was sleep-deprived and useless for an entire week. my fur floor didn’t dry for days, and every time i went to lie down, the moisture soaked through my shirt like grant’s hands, a constant reminder of his touch” (p. 110).

i picked up a payday and ate out the peanuts until it was nothing but a gooey caramel strip.

“best part,” grant said, nodding to the caramel. i handed it to him, and he ate it quickly, as if i would change my mind and take it back.  “you must like me more than you let on,” he said, grinning (p. 129).

what sucked: the excitement i’d had in the first half fell off in the second, but it should have, as this was the part of the story where the main character screws up royally and you just want to bash her head in and throttle her. still, the author can’t quite recover that energy in the conclusion, and maybe it’s right that it’s this way, but i wanted that thrill back. i wanted the rush of a great story that i’d felt the author had promised me so wonderfully at the first.

having said all that: it’s the first book i’ve read this year that i gushed about to others before i was even halfway through it. the first one i’ve felt impatient while reading (a majority of) it, eager to see what happens next. i love these characters, even when they’re being pigheaded, stupid louts–specifically, victoria. i love how she and grant find each other. i wish i could’ve loved the story with the same intensity cover to cover, but it’s still the best book i’ve read in a long time. plus, i stayed up till nearly four a.m. to finish the damned thing. and i don’t do that too often anymore. they should make a movie of this, and carey mulligan should play victoria, and taylor kitsch should play grant. for much of the time i’d read it, i wished i could tell a story so well. i’d be happy to lend it to you. it’s beautiful.