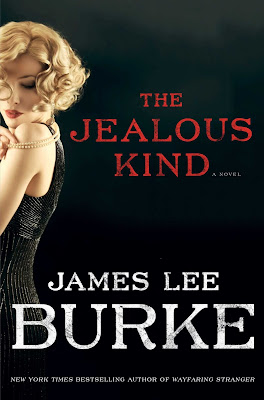 why i wanted to read it: because a gal in my book club chose it and because it fit the story set in your city/state category in erin’s book challenge (today’s the last day for this round, but she’ll do another in a couple of months. i hope yall join in). also my mom’s read some of burke’s stories and liked them.

what i liked: “you don’t threaten a man. if he comes at you, you put him out of business. an evil man is not scared by threats. he’s scared when you don’t speak” (page 77).

for anyone else, a paper route was just a paper route. for saber, it was similar to charlemagne fighting his way up the canyons of ronceveaux pass. after he rolled 115 newspapers with string, he packed them like artillery rounds into the passenger and backseat of his heap, and set out on the route, heaving a paper over the roof through a sprinkler onto a porch when he easily could have dropped into a dry spot on the walk; smacking a leashed bulldog that attacked him while he was collecting; nailing a flowerpot of someone who was in arrears; parking just long enough to run through an entire apartment building with his canvas bag on his shoulder, stomping up and down the stairways, dropping papers in front of doorways, crashing out the back door like a deep-sea diver emerging into light (page 79).

“scared?” his forehead was strung with tiny knots. he pulled up his jersey and pointed. “that’s where an ss lieutenant cut me open. i took his knife away from him and sliced off his nose. then i put a bullet through his brain. that’s his helmet on my desk, his knife on the blotter. i woudn’t wipe my ass with you, broussard.”

it was classic krauser: the self-laudatory rhetoric, followed by the attack on the sensibilities. this time i was ready for him. i stepped closer to him, holding my breath so i wouldn’t have to breathe his fog of testosterone and bo and halitosis. involuntarily, he stepped backward, as though unsure of his footing.

“you’re cruel because you wake up scared every day of your life, mr. krauser. i know this because i used to be like you. now i’m not. so i owe you a debt. you’re the model for what none of us ever want to become” (page86).

“don’t talk stupid. people don’t change,” she said. “they grow into what they’ve always been. they just stop pretending, that’s all…

some people are the jealous kind,” she said. “they don’t love themselves, so they can’t love or trust anyone else. there’s no way to fix them (page 90).

“worry robs us of happiness and gives power to the forces of darkness.”

“you learned that in a log-house church in san angelo. i’d leave it there.”

“i learned it in 1931, picking cotton from cain’t-see to cain’t-see. if you have enough to eat for the day, the next day will take care of itself.”

my mother’s prison was her mind, and she took its dark potential with her wherever she went (page 91).

“every word you utter to an evil man either degrades you or empowers him. evil men fear solitude because they have to hear their own thoughts (page 119).

“what were you fixing to say to mr. bledsoe?”

“that his conduct is dishonorable.”

“he’s an uneducated and poor man. we won’t make him a better one by criticizing him” (page 121).

he was the butt of everyone’s jokes, homely and awkward and gullible if someone showed him a teaspoon of kindness (page 169).

i could see the confusion and fear in krauser’s eyes. but something else was at work in his psyche or metabolism that was far worse. i was too young to understand how mortality can steal away without apparent cause into the life of a man who should have been in his prime. his skin was gray and beginning to sag; hair grew from his ears and nose; he had buttoned his shirt crookedly. he looked like he had gone through the long night of the soul (page 173).

“someone who brings religious passion to political abstraction only cretins could think up,” he said. “when you meet one, flee his presence at all costs. he’ll incinerate half the planet to save the other half and never understand his own motivations” (page 206).

“i can smell a killer. men kill other men but that doesn’t make them killers. a killer comes out of the womb with a stink on him that never goes away” (page 211).

i had to remind myself of all these things about the private world of saber; otherwise, i would forget the vulnerable and innocent boy who had been my best friend since elementary school. even though he was hanging with bad guys, i knew saber would eat a bayonet for me. when you have a friend like that, you never let go of him, no matter what he does (page 214).

the cavalier expression left his face. for just a second i saw the old saber looking at me, the false exterior pared away (page 215).

no one had to convince me about the reality of hell. it wasn’t a fiery pit. it lived and thrived in the human breast and consumed its host from night to morning (page 221).

in the darwinian world of american high school culture, i had learned only one lesson: the lights of love and pity often died early, and many friendships were based on necessity and emotional dependency and nothing else (page 232).

“if we ignore other people’s faults, we don’t have to be defensive about our own” (page 243).

my mother’s greatest fear was that someone would look at her and see an impoverished little girl standing barefoot by herself in front of a house that was hardly more than a shack (page 307).

what sucked: oh my god, reading this was like pulling teeth without dental instruments. i was BORED. OUT. OF. MY. MIND.

having said that: it’s not a bad story. it’s really not. and as shown above, there’s parts that are fairly well-crafted. but the voice… the way the story’s told… it’s a tale of teenagers plagued by the mafia in fifties’ era houston and galveston. it should be RIVETING. i wanted the kid to be telling me the story, not the kid as a grown man recounting the tale as though he’s talking to news reporters. it’d probably make for a good television movie. there’s good conflict that gets watered down in CRAPPY narration.