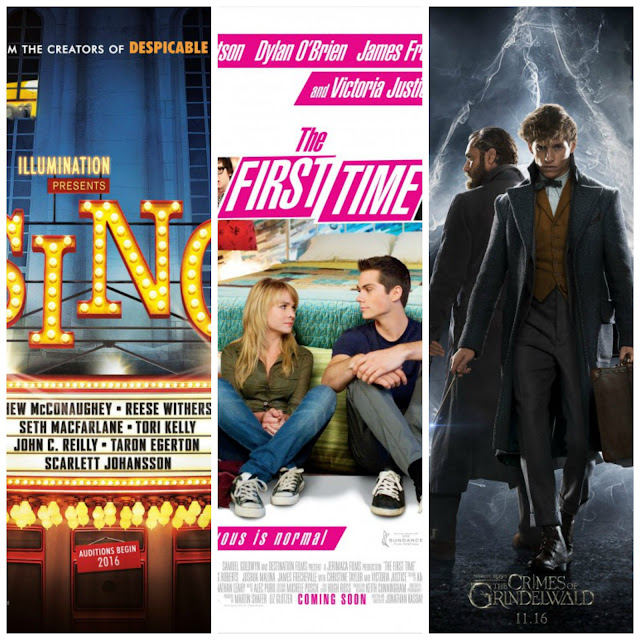 once again, i lost my film-viewing mojo. i worked on a bonus list but didn’t post it because i didn’t love it. i actually watched four films, not three, but damned if i can remember what the third one was, and of course i didn’t log them in the facebook group, so…

one. sing. yall, i can’t STAND matthew mcconaughey, but he was PERFECT for this movie. he did GOOD. i liked his character. i liked the story. STRONG cast. the first half is MUCH better than the second. the end was disappointing. had the first half been as weak as the second, i NEVER would’ve made it through the movie. it was cute. not one i’d want to see again.

two. the first time. found this one on netflix. i didn’t love the beginning, but i couldn’t bring myself to turn it off — maybe because i liked the characters. the story was kind of weak, though. the ending was okay. not one i’d want to see again, but i wouldn’t turn it off it were on.

three. fantastic beasts: the crimes of grindelwald. yall, i am SO, SO over johnny depp, and i can’t tell you how much it pains me to say this because i’ve been in awe of his skills and work for much of my adult life. but now when i see him on screen… ugh. jude law, though. i still love him. i LOVE, LOVE him as dumbledore. i LOVE, LOVE, LOVE jk rowling for giving us such glorious magic. this one was GOOD. i liked it better than the first. i’d watch it again and again.

so… how’d the rest of the crew do? AMAZING!!! this was a magical year, yall! i’m SO impressed.