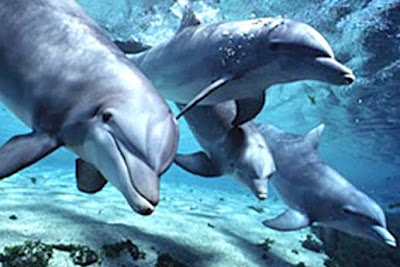 If you could turn into any animal, what animal would you be, and why? — Kevin

A dolphin. They’re generally curious about their environments, fairly sociable, somewhat restless, sort of sleek looking. They seem to be smiling all the time and are known to be quite playful, very tactile creatures. But mostly, I’d want to be one because I could swim all day long.

And yes, I know. It’s not the coolest answer. It’s not nearly as clever as Jon’s. But it’s the one I like the best.
for the seventh inquisition essay, go here.

One response to “the eighth question”