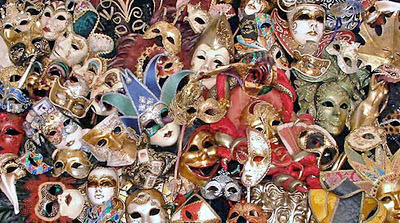 one of my blogging friends posted on her page the other day that she basically kept the dark and twisty stuff to herself. that her blog was not a place for that. she wanted her page to be fun and friendly.

there are days where i wish like hell i could be one of those girls.

but unfortunately, i am not. i have been battling a pretty nasty bout of depression the past month or so. it isn’t letting up. or i’m not strong enough to combat it. or both.

i don’t have a social life to distract me. i don’t have that luxury because i am pathetically socially inept. i am not like her. or any other woman, for that matter, who can contain the ugly under a lovely mask of sunny.

so the world would assume, anyway.

the trouble with having a mind that is affected by mental instability is that you’re constantly battling those visions. doing your damnedest to see that they remain things imagined. and the more you struggle, the harder it is to protect yourself, your world.

most people believe me to be too nice. i lent a friend who had just delivered twins some movies while she was cooped up in a hospital bed.

i’ve lain on those beds six times, four that i can recall. the first two happened before my second birthday. and every time it was to correct a flaw. and every time my only visitors were my immediate family and my doctor(s). it sucks to be stuck in a sterile, white room with monitors and wires and that stench of hospital with so few distractions.

i had a majority of my movies stored in a portable case. i’d meant to give her that. it should’ve been a quick thing. run home, run upstairs, snatch it from the floor at the foot of my bed, and run back. but no. my room was trashed, like always. and i’d moved it, but couldn’t remember where i’d put it, like always.

so a twenty minute trip became an hour as i filled a large, brown paper bag with dvds.

when i got there with my bag full of plastic cases, she called me crazy and said i was too nice.

there are times when i feel as though niceness is an insult.

but it’s important to me that i be nice. because there is such violence in me. i am capable of doing some godawful things. in my mind, i’ve hurt people i love. and the more i love them, the more pain i’ve imagined causing them.

so i cling to kindness like a lifeline, a fragile tether tying me to a dingy rocked by a hurricane.

there are things in this world i no longer want to understand. i used to wonder how someone could abuse a child. how a man or woman could harm a toddler for being a toddler, especially one who idolizes that adult.

and thanks to the demons in me, i no longer need to wonder. i’ve a very good idea of what would compel an adult to hurl a helpless three-month-old against a far wall.

not that i’ve done it. i would never. i would commit myself if such a thing ever came so close to becoming a reality.

and i’m careful not to be in a room alone with those babies. and i’m not going to teach, because i’m confident that i am not strong enough to handle a roomful of children by myself. i don’t trust me in there. so all that waffling i’d been doing? i shouldn’t have wasted my time with it.

still, when i see someone drag a child across a floor so fast and with such force that his head is whacked harshly against a wall … when that person laughs at his cries and assigns the blame for his injury to him, it’s damned near impossible for me to sit silently.

but sit i must. because god forbid a childless woman comment on the care another does or does not provide for a child.

and i’ve yet another painful memory crowding my all-too-troubled noggin.

someone asked me once what i was most proud of accomplishing.

masking the violence in my soul.

i’ve been told my smile is amazing. i’ve been told i am too kind. so i can’t shove the sadness down far enough. but the other … no one will know just how bad that shit is. this is the best glimpse of that you’ll ever get.

so this is my prayer today: