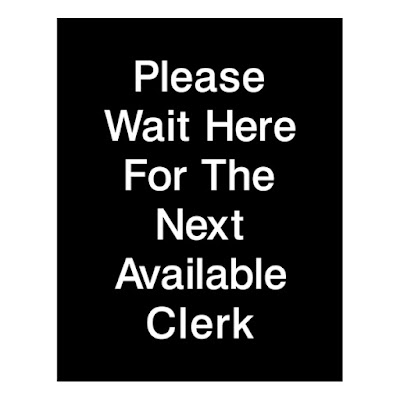 i was told i would never amount to much.

i heard this so often as a girl that by the time i became an adult, i was more confident of my insignificance than anything else. i am not that important. i am not leaving my mark on this world with the work i perform. i do not have a tight circle of friends. i am not always pleasant company. i am not the one on whom others generally rely for amusement.

when we were getting ready for my older brother’s memorial service, my mom gave me the task of getting the word out to his friends that such a service would be taking place. i was baffled by this. why, why would she pick me, and not my younger brother, or better yet, one of my older brother’s friends?

this was his gift: he could befriend anyone in a matter of seconds. i, on the other hand, am clumsy and shy…and insignificant.

i did the best thing i could think of doing. i drove to one of his oldest, closest friend’s place of employment and passed the task to him.

this was on a wednesday. the service was on a friday.

i hadn’t expected that many people to show up.

there must’ve been a hundred people there. maybe, to you, that’s a small number. but, given the fact that these people had two days’ notice and some of them were coming in from as far as new york…i was astounded and impressed and incredibly touched.

today’s mass was about nourishment again.

apparently, i hadn’t quite gotten the message.

i worked at cashwrap today. next to the cafe (where i have had the good fortune not to work), cashwrap is my least favorite place. almost. children’s on a weekend night would beat it, but during the week, it may be a tie.

anyway. the customers tend to treat our string of registers like they would one register in a grocery store. they meander to the check-out line, and then they bunch up behind the customer standing at the closest register. as if crowding the cashier is going to get her to work more quickly.

(chances are really good, folks, that crowding her will have the opposite effect, and she’s most likely to make a mistake with the customer before her, so back off…but she can’t say that.)

they’re oblivious to this.

or they don’t care that it’s there.

one of my friends and i were talking about obstacles the other day. i’m of the mind that there are two kind: ones that god puts before you to discourage you from going down that path any further; and ones that god puts in your path that you must overcome.

one of the songs we sang at mass was strength for the journey. not a good song, by the way, but that’s besides the point. one of the verses was comprised of this:
how many times have you doubted my word?
how many times must i call your name?

we also sang there will be bread. i say we. i didn’t sing much this time. i didn’t know the songs. and i didn’t like them very much. but anyway…
we feel so very helpless
though our gifts appear too little, we must have faith that he will increase them

we read a continuation of that parable.

so the song, the parable and the homily, all of these things covered the notion that god will make them (food, talent…whatever) greater.

that instead of thinking of our own nourishment, we should focus on how we can nourish others.

i’ve been trying to see the big picture.

my mom said, though, that providing nourishment could be so simple, so seemingly insignificant as complimenting a woman on her hairstyle or attire. that one compliment could be the thing that brightens what could be an incredibly bleak day.

why do i always have to make things so much more complicated than they need to be? how can someone as intelligent as i am be so obtuse?

see? there i go again. reinforcing the notion that i am insignificant. that, that is simple. i wish that it weren’t.