one. february fourth. thank a mailman day. take some treats to the folks at your local post office or shipping store.

three. february ninth. national pizza day. treat a friend to some pizza. and not the cheap shit. if there’s a gino’s east, say, in your neck of the woods… it’s national pizza day, for crying out loud. PIZZA, a gift from the gods, yall. YUMMY YUMMY GOODNESS.

four. february eleventh. make a friend day. this sounds simple enough, too, right? for geeks like me, it’s really, really not. 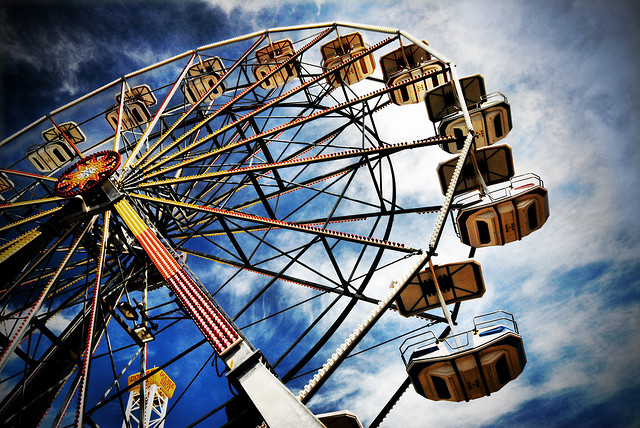 five. february fourteenth. ferris wheel day. go ride a ferris wheel. this, too, sounds simple enough. except if you’re scared of heights, then maybe not so much. show of hands… you can’t see but both mine were raised pretty high just then.

six. february fifteenth. singles awareness day. all the single ladies… and laddies. so this day started as sort of a joke, but… maybe you’ve got a single friend who’s having a rough go of it lately. take time out of your day to do something to let that person know how much he or she is loved and needed.

reminder: tasks don’t need to be done on the date with which they’re paired. you’ve got the whole month to tackle this.