one. february fourth. thank a mailman day. take some treats to the folks at your local post office or shipping store. andrew and brandon have been helping me with picky packs and christmas rushes and putting letters in my box when people write to me (yay!) for YEARS. they are pretty fun and pretty awesome for putting up with me and all the packing i make them do.

two. february eighth. kite flying day. go fly a kite. sounds simple enough… but the WIND… after grabbing lunch at gino’s east (number three) with one of my favorite folks at pappadeaux’s, she and i headed for the lake for a pleasant afternoon of kite-flying. meet crush (left… hers) and zelda (mine). zelda now rides around in the trunk of my car for those moments which require some stress relief. when there’s a good wind, like there was that day, watching a bit of cloth float around in the air attached to naught but a thin bit of string is actually pretty calming. 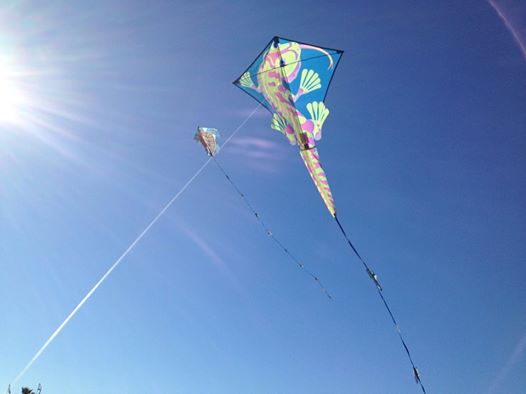 three. february ninth. national pizza day. treat a friend to some pizza. and not the cheap shit. if there’s a gino’s east, say, in your neck of the woods… it’s national pizza day, for crying out loud. PIZZA, a gift from the gods, yall. YUMMY YUMMY GOODNESS. there IS a gino’s east in my neck of the woods. in fact, it takes less than ten minutes to get to it. and we went at just the right time, yall. lunch time, before anyone else had arrived. i’ve never seen the place empty. most of the times i go, there’s hordes of people waiting for tables. it was SO nice to visit with her without having to raise our voices. that’s a small meaty legend, by the way. four pieces. i ate one. she ate one. she took the rest home.

four. february eleventh. make a friend day. this sounds simple enough, too, right? for geeks like me, it’s really, really not. this is marissa, whom i met at my chiropractor’s office. she is such fun, yall, and i’m so glad we connected. she’s certainly a bright spot. sadly, she’s transferred to a practice in kemah, but we text and facebook. the last time i saw her she had a SEVERE case of senioritis. hopefully she’s recovered.

five. february fourteenth. ferris wheel day. go ride a ferris wheel. this, too, sounds simple enough. except if you’re scared of heights, then maybe not so much. show of hands… you can’t see but both mine were raised pretty high just then. my friend cynthia met me at the downtown aquarium, where we road its ferris wheel, which wasn’t bad at all, actually. i’m a little ashamed to say i needed the help riding the thing.

six. february fifteenth. singles awareness day. all the single ladies… and laddies. so this day started as sort of a joke, but… maybe you’ve got a single friend who’s having a rough go of it lately. take time out of your day to do something to let that person know how much he or she is loved and needed. i messaged a couple of friends through facebook, who are hard to reach via post, and then put a few cards in the mail. 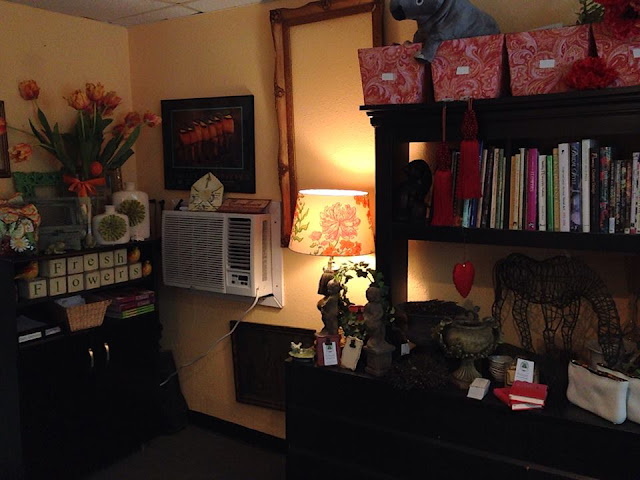 for this task i wanted something a little better than a batch of posies from the grocery store (not that those aren’t lovely, but this was for a special very friend, one i’ve known for decades who’s been battling leukemia and a plethora of other conditions for FAR TOO long). so i went to yelp and searched for florists, and the first one i found had a five-star ranking, twenty-four reviews and seemed to be pretty cost friendly. i got a lovely bouquet for a reasonable price in an exceptionally timely manner. but more i was met with gracious service from the moment i walked in the door to the moment i got in my car with my arrangement. 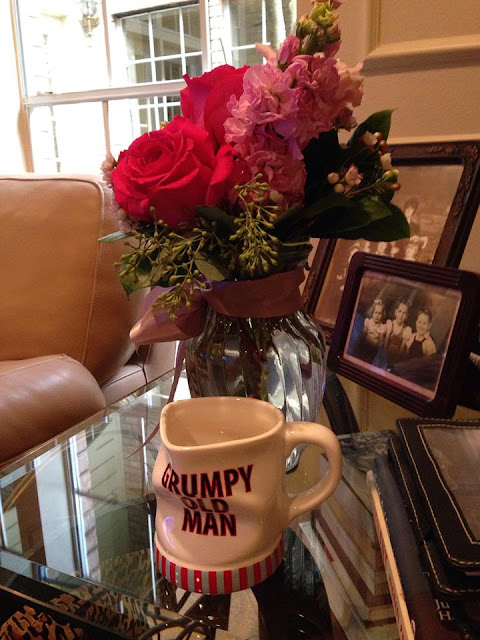 the grumpy old man (whom i’ve always thought of as jolly, actually, but apparently he’s not that way with everyone so i must be pretty special) didn’t want to be in the photo, but he found this grumpy old mug, which suits me just fine.

One response to “seven things celebrated in february: a scavenger hunt”