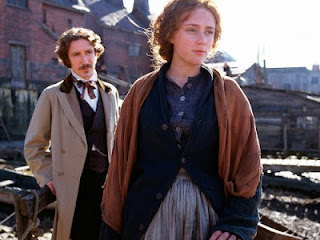 eugene to his friend, mortimer, regarding lizzie: that lonely girl with the dark hair runs in my head. it was little more than a glimpse we had of her that last time, and yet i almost see her waiting by the fire to-night. do you feel like a dark combination of traitor and pickpocket when you think of that girl? (p. 162).

henry, upon meeting clare for the first time: this astoundingly beautiful amber-haired tall slim girl turns around and looks at me as though i am her personal jesus. my stomach lurches. obviously she knows me, and i don’t know her. lord only knows what i have said, done or promised to this luminous creature…  i realize that a massive winning lottery ticket chunk of my future has somehow found me here in the present, and i start to laugh… i see clare running across washington square, jumping and whooping, and i am near tears and i don’t know why (pp. 5-6).

to alex, you are invited to my seventh birthday party on tuesday the eighth of april in my house. we are having a magician and you can come to my house at two o’clock. it is over  at five o’clock. i hope you will come. from your best friend, rosie (p. 3).

six. alex stewart. love rosie.
to rosie, yes i will come to your brithday party on wensday. form alex (p. 3).

seven. liza weiler. right before your eyes by ellen shanman.
outspoken playwright… too close to the spector of failure (back cover).

liza, upon meeting george for the first time: george, the unfortunately handsome jackass with whom we’d first make contact at dinner, had perceived in me an admirable foe and was attempting to ply me with liquor while we verbally stabbed each other (p. 1).

nine. victoria jones. the language of flowers by vanessa diffenbaugh.

victoria, upon meeting grant for what she believes is the first time. he withdrew a single tiger lily from a bucket.

“how do you know what suits me?” without thinking, i snapped the head of the lily he held. six pointed petals fell, the flower’s face examining the hard floor (pp. 35-36).

eleven. augustus waters. the fault in our stars.

augustus, attending a support group with his friend isaac, who is about to lose his sight to cancer. when asked about his fears, he replies: “i fear oblivion.” he said without a moment’s pause. “i fear it like the proverbial blind man who’s afraid of the dark.” 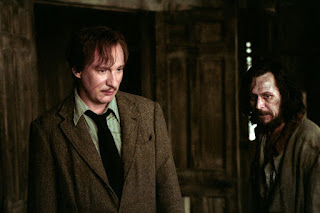 the marauder’s map: “mr. moony presents his compliments to professor snape, and begs him to keep his abnormally large nose out of other people’s business.”

snape froze. harry stared, dumbstruck, at the message. but the map didn’t stop there. more writing was appearing beneath the first.

“mr. prongs agrees with mr. moony, and would like to add that professor snape is an ugly git.”

it would’ve been very funny if the situation hadn’t been so serious. and there was more…

“mr. padfoot would like to register his astonishment that an idiot like that ever became a professor” (harry potter and the prisoner of azkaban–p. 287).

byron, regarding kate: katherine powell was not his type.

skinny, abrasive women with more attitude than charm didn’t appeal to him. he liked them soft, and smart, and sexy. he admired them simply for being women, and delighted in the bonuses of quiet conversation, hardheaded debate, outrageous laughter, and hot, mindless sex… he wasn’t remotely attracted to kate (lovers and dreamers–p. 286).

twenty. brenna o’toole. tears of the moon by nora roberts.

shaun gallagher, on brenna: she had little hands, shawn thought. a man might think of them as delicate if he didn’t know what they were capable of doing. he’d watched her swing a hammer, grip a drill, haul lumber, cinch pipes. more often than not, those little fairy hands of hers were nicked and scratched or  bruised around the knuckles…

she did, after all, have a trim and tidy little body. the sort a man could scoop up one-handed if he had a mind to. and if a man tried, shawn imagined brenna o’toole would lay him out flat.

the idea made him grin.

anna spinelli talks to cameron about a young boy  named seth: “my concern is seth, mr. quinn. now we can discuss this, or i can simply move forward with the procedure for his removal from this home and into approved foster care.”

“it’d be a mistake to try that, miz spinelli. seth isn’t going anywhere.”

her back went up at the way he drawled out her name. “seth delauter is a minor. the private adoption your father was implementing wasn’t finalized, and there is some question about its validity. at this point, mr. quinn, you have no legal connection to him.”

“you don’t want me to tell you what you can do with your legal connection, do you, miz spinelli?” with some satisfaction he watched those big, dark eyes flash. “i didn’t think so. i can resist. seth’s my brother.” the saying of it left him shaken. with a jerk of his shoulder, he turned. “i need a beer.”

when brianna meets grayson: he’d been expecting a nice homey woman with graying hair tucked in a bun. “i woke you,” he said foolishly.

“we usually sleep here in the middle of the night. come in by the fire.” she walked to the parlor, switching on the lights. after setting the candle aside, blowing it out, she turned to take his wet coat. “it’s a terrible night for traveling.”

he wasn’t shapeless under the mac. though he wasn’t as tall as brianna’s uneasy imagination had made him, he was lean and wiry. like a boxer, she thought, then smiled at herself. poet, pirate, boxer. the man was a writer and a guest (p. 15).

when maggie meets rogan: he knocked and, though he received no answer, shoved the door open. he had a moment to register the blast of heat, the sharp smells and the small woman seated in a big wooden chair, a long pipe in her hands.

he thought of faeries and magic spells.

“close the door, damn you, there’s a draft.”

he obeyed automatically, bristling under the sharp fury of the order. “your windows are open.”