random quarter: a few of my favorite things edition

one. oil of olay regenerist advanced anti-aging cleanser. i don’t get compliments on my mug too often, but the one i hear most frequently is how good my complexion is. this is so for two reasons: i rarely wear make-up; and i use this stuff. it makes my skin feel wonderful.

two. bodycology’s pure white gardenia foaming body wash. i’m allergic to pretty much everything skin-care related, and this is one of those rare finds that doesn’t make me break out in hives. plus, it smells divine. and i always get compliments when i use it.

five.  ralph lauren’s romance. my older brother gave me this fragrance for christmas the year before he died. and it’s been a staple ever since.

seven. the fault in our stars by john green.

eight. right before your eyes by ellen shanman.

nine. the language of flowers by vanessa diffenbaugh.

twelve. what made milwaukee famous’ what doesn’t kill us.

thirteen. a fine frenzy’s one cell in the sea.

fifteen. depeche mode’s violator. these two albums… i never tire of them. and they’ve been a solace of sorts. a constant through out much of my life. one to console me when i need a little mellow. and one to motivate me when i’ve had too much of it.

eighteen. the way way back.

twenty-one. settlers of catan. so i’m a fairly competitive gal. i really don’t like to lose. if i’ve lost a game, i don’t typically want to play it again immediately following that loss. but this game here? i LOVE it. even though i’m horrible at playing it. 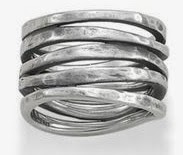 twenty-two. james avery’s stacked hammered ring. i got mine in college station. it is my favorite piece of jewelry.

3 responses to “random quarter: a few of my favorite things edition”