one. last night i cast votes for the people’s choice awards. i’ve never done this. i probably won’t do it again. why? because in the favorite movie category, the choices included the croods, despicable me two, fast and furious six and monsters university. the best movies to be released this year were gangster squad and the way way back. and i had to write them in. also, the categories include things like favorite tv bromance and favorite music fan following. FAVORITE MUSIC FAN FOLLOWING? why? WHY? 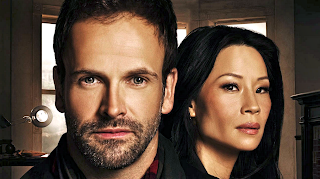 three. john corbett’s voice annoys me. you kind of make me not want to eat at applebee’s, sir. so that ad campaign? not so much.

four. in so many ways, i can identify with sheldon from the big bang theory. see? there’s a good example right there. i felt compelled to add that bit about the television show. as if there was a need to specify this. because who doesn’t know who sheldon is? i mean, you google sheldon and the top five results are, in order: sheldon cooper – wikipedia, the free encyclopedia; sheldon isd / overview; sheldon comic strip – daily webcomic by dave kallett; sheldon cooper (character) – imdb; jim parsons – imdb.

the best example of this is how i react when approaching my spot at the bar. if someone’s sitting there, i mumble a curse (usually goddammit!) and sneer at the bastard (or wench), pick a seat nearest to my spot, sneer some more, heft my darth vader backpack on to the granite bar top, sit, grumble at the staff when they ask what i want to drink. after five minutes or so, i acclimate enough to be cordial. and as soon as the bastard (or wench) has vacated the premises, i reclaim my spot.

if the spot’s empty, i examine the proximity of the bar stools to mine and shift them (usually the whole line) so that they are evenly spaced so that no one encroaches on my space. and then i survey the stool in my spot because they’re not all the same. and i like the ones that have the aged leather instead of the smooth. so i have to switch them if it’s not right.

and yeah, the people gawk at me. and yeah, i know it’s weird. but i can’t really help it. it has to be this way.

five. yesterday was one of those days that started out troublesome. i didn’t want to get up off the couch. and i was almost late for work because of it. but then, when i got there, every customer i met was kind to me. and one of them spent lots of money. LOTS of money. because she pretty much said yes to everything i suggested. and i talked her into opening up a store charge account, which means i’ll get her to spend more money. and my boss that night gave me candy.

six. i have felt ugly all day. except for that second i was parked at the gas station filling up phineas’ tank when i looked in the mirror and thought i like the shape of my mouth, and my eye make-up (navy eyeliner and black mascara) looks alright. but i’m sitting at this bar, and i’m recalling times i was told i wasn’t pretty, and there are all these beautiful people around me, and it really sucks, having this face. it really, really sucks. and there’s not a damned thing i can do about that. and then one of those beautiful couples has to sit down next to me. you know the ones, the dark-haired, handsome man with the beautiful blonde. the classy sort. not barbie and her dark-haired ken. but that other kind. like jimmy smits and teri polo in the last season of the west wing. that kind. it’s not the best example. but it’s the first one that came to mind.

seven. i don’t like dark beer. and guinness? GROSS.

eight. i used to hate that i didn’t have a sister. like when i was ten and didn’t have any girl friends. i’d always thought that if i’d had a sister, it would’ve made it alright that i was friendless. but then i got older. and i’ve learned how catty and nasty a gal can be. and really? i’m glad i don’t have a sister. really, really glad. i would’ve had to share a bathroom with her. hell, i probably would’ve had to share a room. and that would’ve sucked. so much.

nine. not that brothers are that much better. most times they drive me bat-shit crazy.

ten. i want the red sox to win this series.

eleven. i don’t understand why people have to fake kindness. it’s not kind when it’s phony.

twelve. i just confused james ingram’s just once with glenn medeiros’ nothing’s gonna change my love for you. why am i listening to either of these atrocities? because this is the music pappadeaux’s plays. why am i confusing one crap song with another? i don’t know. do i get points at least for realizing that they both suck? because i know how sad it is that i remember either existed. maybe yall can overlook that.

thirteen. these are the highest-grossing films of the year to date. of the first hundred listed, i have seen eight in theaters. of those eight, i’ve only loved two. and i’ve only been compelled to see one more than once. this from the girl who saw star trek twenty times and pirates of the caribbean: the curse of the black pearl eighteen. in the the theaters. this cinematic year, in my humble, opinion sucked ASS. i am unthrilled.

last year wasn’t that much better. i paid to see nine in the theaters. i loved six. i watched three at least twice.

this is the last year of film that i liked. i watched seventeen films in the theater. i loved eight of them. i watched seven of them at least twice.
this year was pretty good, too. and this one, it’s pretty near perfect–as close as can be expected, anyway. hey hollywood? can i have more years like these please? and when i say like these, i don’t mean sequels to or regurgitations of films released in those years. i just thought i should throw that out there. 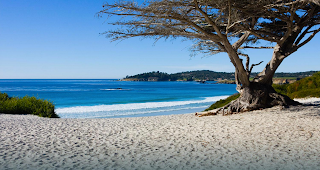 sixteen. seven things i’d buy: a) personal training sessions (because this seems to be the only thing that gets me to the gym on a regular basis); b) a better wardrobe (once i got my fat ass back into a somewhat respectable shape–to be read a size eight. six seems so impractical. i’ve only been able to maintain that for a couple of months. but eight… eight i could do. should do.); c) i’d get phineas refurbished (he’s got body issues, and his interior? he is in serious need of some new upholstery because i’ve trashed him much too often); d) a week’s vacation in monterey, california; e) a new mac; f) new aggies t-shirts ; g) new hard rock cafe t-shirts.

seventeen. i’m stranded on a desert island and can bring one person, one book and one food item (that never goes bad and is in constant supply) or plant. they are: robert downey, jr; eleanor and park by rainbow rowell; chicken spaghetti.

eighteen. if i didn’t have to work, i would sit on my ass and watch movies all day while tinkering with this here blog. 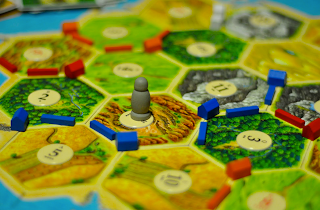 twenty. i want to play settlers of catan.

twenty-one. five superpowers i’d like to have: telekinesis; invisibility; the ability to apperate; power mimicry or absorption; regeneration.

twenty-two. if i had amnesty for a twenty-four hour period and could break any law, i’d break into skywalker ranch and steal a ton of star wars paraphernalia.

twenty-three. if i could have a candid conversation with anyone dead or alive, i’d want to talk to my older brother.