one. i got my haircut last week. it’s not past my shoulders anymore. it’s probably half as long as it used to be. and i gotta tell you. i’m liking it. yes, long hair can be beautiful. mine looks a helluva lot better short.

two. my stylist told me she’d spent a day watching the hallmark channel. and i remember thinking there were so many other better things to watch than the schmaltzy crap they broadcast.
three. and yet… saturday night i had the place to myself. i was working late. usually i’ll leave the television on so that i don’t come home to a quiet house. i figured nothing on that aforementioned schmaltzy channel would give me the heebie jeebies, so i’d opted to be greeted by it when i came home. safe, right?
they were showing christmas movies, and i kind of got suckered into one for a bit. but i’d made plans to hang out with a coworker after she’d gotten off work that night, so i recorded it. and then i recalled my stylist’s affinity for that channel, so i went through the guide and dvr’ed a string of christmas flicks. 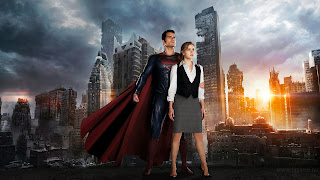 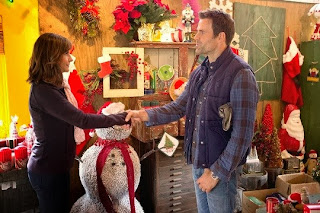 thirteen. so one of those hallmark movies, the christmas ornament, i’m watching it again today (tuesday… in case i don’t get this published today), because i really like this story. i really like the characters.

a best friend counsels the female lead, a widower: he wouldn’t want you sitting alone in the dark.

i don’t wanna be. and sometimes i’m so worried that i always will be.

not because it’s meant to be so. but because i’m too afraid to find the light. because i’ve trapped myself here. that closet ash beckham talked about in this video? what if i’ve made it? what if i’ve stuffed myself inside?

fourteen. it’s rare that i write one of these posts in one day. usually it takes a few. and i bet yall thought i can churn one of these bad boys out in one sitting. it’s happened. a few times. but it takes HOURS. i have to be REALLY bored for that to happen.
fifteen. i don’t know what to write. i go through slumps of this. of why bother? and it takes a really long time to remember why. when i was in college, i made up this story, these people. and it was fun. a good distraction. and i loved writing about them. i would’ve preferred doing that over anything else. and then i got it in my head that i had to write a book. and it stopped being play. and it’s so rare now that it’s fun. it’s started feeling like a chore. like my meal ticket–even though my professors warned us, even though i knew this already, that the chances are good that i’d never make much.

i want it to be fun again. it used to keep my mind occupied. and now my mind’s too crowded with it.

sixteen. i used to love christmas. there’s this part of me that still does. there’s this part of me that wants to put the christmas tree up RIGHT NOW. there’s this small glimmer of spirit i feel. and it’s almost dampened in a matter of seconds.
seventeen. barnes & noble’s advertising. this is new to me. if they’ve been doing it in the past, i haven’t noticed. i know when i walk into the nearest store, it no longer feels like a haven of sorts. i don’t want to linger. maybe if they’d invest more of their money in their stores… people might want to browse the stacks. not all of us read on tablets. some of us like to hold the book in our hands and turn the pages.
eighteen. so we’ve got a visit this week at work. and i got called in on my day off. and the next two days i’m on call (which means i’ll probably be working). and i’m working on friday. so there’s a very good chance i’ll be doing a seven-day stretch.

maybe this is a good thing. i was gonna go tinker with my story this afternoon. but since my heart’s not in it so much… better to make twenty-five bucks than spend it on food (and maybe booze).

nineteen. one of the presents i’ve got up for grabs this month has been on hold at that barnes & noble’s for several days now. i keep meaning to pick it up. maybe i’ll get that done today.
twenty. i’m kind of tired of texas. there’s this part of me that wants a change of scenery. but i keep thinking wherever you go, there you are.
twenty-one. i ate a couple of ho-hos today. i’ve never done that.
twenty-two. it’s occurred to me that maybe my lack of interest in physical fitness is yet another defense mechanism. it’s rare that i catch the attention of a guy who interests me. and every time that’s happened, i was being good. i quit smoking twice. the first time, two months later i met chithead. the second time, one year later, to the day, i met the boy. neither of whom were worth knowing in the long run, but… they’d piqued my interest, which isn’t an easy feat. and then last fall, i got down to a six. and a few guys noticed. and they weren’t worth knowing, either. but they’d noticed. and that hadn’t happened in a while.

so yeah. i’m hiding. in that closet i’ve constructed. maybe it hurts less in here. which isn’t to say it doesn’t hurt. but it’s me who’s causing the pain, not someone else. maybe i’m just tired of people hurting me.

twenty-three. i’ve never had to wear a cast. a sling, yes. and one of those black things that fits the entire length of your leg with the rods and the velcro. but plaster? so my skin can suffocate? no, thank you.
twenty-four. i have no idea what to get anyone for christmas this year. not even my niece and nephew. and who has trouble thinking of gifts for four-year-olds?
twenty-five. i’d managed to keep my room clean for a whole week.