one. so…we’re back to the true spirit of these posts because i’ve used up all the prompts from that question and answer book. you’re thrilled, i’m sure.

two. the houston cougars defeat of the oklahoma sooners might be the most impressive football game i’ll see this month. BECAUSE THIS:
three. NEVER DOUBT THE POWER OF THE TWELFTH MAN. BECAUSE THIS:

i love how big it gets. it starts out kind of small, and then it resonates so well throughout the stadium that there’s a GLORIOUS echo. good stuff.

rosen. what a dumbfuck. here’s a tip, all you quarterbacks out there, don’t say shit like after fifty thousand it doesn’t make a difference. because CLEARLY in kyle field, IT DOES.

four. i’ve said it before. i’m going to say it again. i hate html code.

five. the irish are playing the longhorns tonight. should be fun. I. AM. STOKED. GO IRISH. BEAT texas.

six. i have spent the past few weeks poring over my manuscript. yes, some of it is crap. i spent about nine hours cutting out the majority of that crap on monday of this past week so there are GAPING, HIDEOUS holes in the thing. but the absence of that crap has made me better appreciate the good. so i’m feeling pretty good about the thing, which hasn’t been the case for quite some time. that feeling, paired with this compliment and two others i’ve received this month from fellow writers (one said something about how my writing reminded her of rainbow rowell’s, one of my favorite authors; another said she was crushing on one of my characters, reese. as she should. he’s a pretty awesome guy) has me clinging, maybe a little too desperately, to the notion that this story of mine is good and worthy. that i CAN finish polishing it. that people WILL love it.
seven. the woman to whom my brother was previously married has remarried and relocated to mississippi. for the past year, i have had to listen to my nephew tell me he likes mississippi state better than a&m. because that’s the team his stepfather likes. i. am. dying.

MISSISSIPPI STATE. FUCK. NO. that child will NOT be going there. he will not root for the blasted bulldogs. if that boy HAS to like a team from mississippi it’s going to be ole miss. but by god, the aggies will prevail. i will see to it. if i have to mail him aggie paraphernalia EVERY WEEK, then so be it. MISSISSIPPI STATE. that’s the WRONG GODDAMNED SHADE OF MAROON, BOY. there can be only one.

eight. yesterday, i spent the entire day in my pajamas. i’ve spent the majority of this one in them. it is almost three p.m. (or at least it was when i wrote this particular entry) texas time. i should probably get dressed. i did take a shower. i am clean. i’m just slovenly. depressed? nah. why would i be depressed? i’m unemployed and living with my parents. and the boys…
nine. one of them stopped talking to me because i wouldn’t send him a picture of my naked breasts. i’m not sad about this. i’m actually damned glad that he revealed his dickishness so well and so soon. there’s not much i like about my body. but… i’ve a pretty good rack. so i’ve heard, anyway. i know… you’re loving this bit. the point is… it’s good. boys? i’m not going to show it to you just because you’ve asked to see it. i’m gonna be like amy schumer. you can holler show me your tits in the parking lot. as i’m driving away from your dumb ass.

and boys? PLEASE. STOP sending us shit like dick picks. that thing dangling between your legs… ain’t NOTHING pretty about that. generally as a rule, that’s a SUREFIRE way to get us to LOATHE you.

ten. another boy… this one had been badgering me for a good while to give him the time of day. not in some scary way. just… every few months, he’d shoot me an email. after the third one, i was like… you know what? he might be nice. you should maybe give him a better look. so i asked him what it was about me that inspired his persistence…

and i get this shit in reply: oh gawd. forget it. i’d rather go park my car on a train track than deal with your egotistical narcissism.

yeah. okay. you go do that. 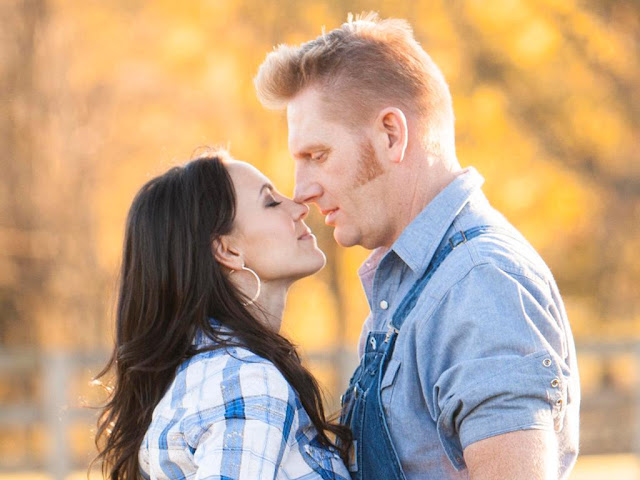 eleven. i’d wash my hands of men completely, except i see things like anthony mason interviewing rory feek about the loss of his wife. and i cry.

twelve. and then i wish that i could be as good, as sweet, as kind as joey. and i’ve to remind myself that i am those things… just differently.
thirteen. there are so many ways i could be better, though. i just don’t have the heart to bother with any of them. some of them are so simple, like bagging up all the clothes i don’t wear and donating them so that someone else who needs them more than me might be able to. like walking. i used to take walks every day when i was younger; i’d make up stories or listen to music or just look at the world around me. i don’t do that anymore.
fourteen. the fall film challenge started THREE DAYS AGO, and someone’s already seen TEN FLICKS. i am impressed. i have yet to watch one.
fifteen. portishead’s roads is a beautiful song. if i ever finish fucking with this damned novel of mine and yall buy it and read it, the tune isabel’s listening to in the first chapter? it’s that one. actually that whole album, called dummy, is pretty badass. you should download it. now.
sixteen. i’m so old school with music, yall, that i had to correct cd to album in the previous entry.
seventeen. once upon a time i had about seven hundred cds. then i got my heart broken and quit my job and my brother died, and i did things like hock eighty percent of my collection. because who needs music in their lives? stupid. girl.
eighteen. i started this post at about half past two. it’s now nearing four. just so you know… i invest in these here posts. probably much more time than i should. also… i’m still in my jammies.
nineteen. i’ve gotten a manicure and pedicure twice in the past month. that’s double the number of times i’ve gotten such things in the past year. my hands are prettier when the nails are polished, though. i can see why girls make a habit of this. but man… the time it takes to get this shit done. ugh.
twenty. i think i’m kind of burned out on dr. pepper, which feels almost blasphemous.
twenty-one. i know i’m burned out on life, which also feels almost blasphemous.
twenty-two. i think balloon releases are stupid. why do people do them? because sending a balloon up in the air isn’t going to make me feel any better about the fact that my brother no longer inhabits this earth or that my other brother’s children now reside two states away. for those of you unfamiliar with the breadth of the state of texas, it takes the better part, if not all, of a day to get out of it. those children are like my own. my heart is sick, i tell you. letting go of a piece of rubber filled with gas and a string tied around it isn’t going to make that sickness and sadness any better.
twenty-three. football, though. that will.
twenty-four. the other day i bought harry potter trivial pursuit. and yall, it is HARD.
twenty-five. i’m gonna go get dressed now. because the irish are playing in two hours. i have to get my green on. :]