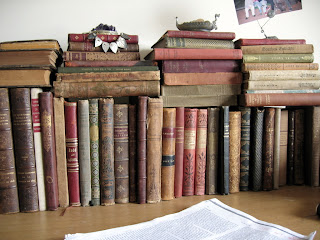 one. i like chocolate martinis made with creme de cacao better than those made with baileys. i hadn’t realized this until yesterday.

two. so about half the chapters i’ve written shame me. i read them, and i think a college english student could write better. and this is all i have, really. my voice and my ability to craft a sentence. and without them… without them i feel like i have nothing to offer anyone. not that many have ever heard my voice. that i pretty much keep to myself. it’s my solace. i save it. but the writing… i spent four hours at pappadeaux’s this afternoon reading over the first ten chapters or so, and i hate that i’ve put so much effort and still have so much more to invest. i just want to be done with it, so that i can make some attempt to support myself and accomplish something of merit.

three. there are so many things i wish i could forget. and there are things i’ve done my damnedest to forget that i can’t let go of. memories i’ve tried to quash by tossing out everything physical that’s paired with them. and sometimes, i wish i’d kept those things. like keeping them would make it okay that i can’t let go of the remnants. or won’t. whatever. maybe i hold them because there was some bit of good there… maybe it’s because i liked myself in that moment. or wish i could go back and redo, and my mind keeps trying to recreate a better scene or something. i don’t know. i do know i wish this weren’t so.

four. i wish i could love life.

five. wishing is so incredibly stupid.

seven. i have managed to keep my room straight for a whole week. it’s a MIRACLE.

eight. i could use more of those in my life. my mother would probably say i’ve been given an abundance of them.

nine. i feel like i lack so much. i’m never more aware of this than when i am alone.

ten. i’m watching the vow. i’m pretty sure if i’d married a guy, then suffered a traumatic brain injury and couldn’t remember my life with him, it would freak me the fuck out. but i also know that i would want my parents and my husband to be amicable to each other. to operate on the same page. to make a unified effort to bring me back, no matter how estranged i might’ve been from my family prior to the accident. i wouldn’t appreciate being pulled in so many directions.

eleven. i was in love once. it didn’t take long to fall. i liked so much about him from the moment i met him that it was quite easy, actually. the way i thought it ought to be. and the first time i watched that stupid movie, in that scene where leo tells the woman with whom he works about the first time his wife told him she loved him, that it’d only taken her two weeks… that’s how long it took me. and for most of the time since, i’ve told myself it couldn’t be, because it was only two weeks… you can’t fall in love in two weeks… you’ve confused it. but when i saw that scene, i wept.

twelve. and i know i can’t feel quite like that again, but it sure makes dating hard. i’ll go out with a guy, and i’ll think i should feel some semblance of that… not exactly that because, of course, i can’t have that again (and if it were meant for me, i would’ve been able to hold onto it the first time). maybe it’s too big for me. maybe the lord saw that and thought she’s needing something a little bit more tangible. but, still, i want some semblance of it, even it’s smaller. and i haven’t felt that for a guy in some time. it makes me sad. makes me regret that i couldn’t hang onto it the first time.

thirteen. waiting sucks. SO much.

fourteen. sometimes i feel like i should settle. and i hate myself for that.

fifteen. why do i watch movies that make me cry? GAH.

sixteen. so now it’s the proposal. i’m spending new year’s day watching romantic cinema because apparently i’d much rather watch sap than write it. if only i could get paid to do this.

eighteen. my only new year’s resolution this year is to read one hundred books. (not necessarily those banned books that i said ages ago that i was going to read, though

nineteen. i’m out of godiva. that sucks, too. but not quite so much as waiting, because while i can’t speed things (those collisions leo keeps going on and on about in the vow), i can speed to the liquor store. not that i’ll be doing that today.

twenty. i’m gonna try to do that whole sixty minutes of play thing that professional athletes keep going on and on about in those nfl advertisements. i might not be able to accomplish it each day (which is why it’s not going to be a resolution), but i should play more. maybe i’ll invest in one of those wii things  so i can do that stupid dance game. or maybe i’ll just put some cds in and dance until i collapse.

twenty-one. why, oh why must the television broadcast shit like trailers for texas chainsaw massacre? i’m trying to relax here!

twenty-two. the tidbit i like best about the proposal is that bit about margaret’s tattoo and her reasons for getting it. in two very short, well-crafted scenes, the viewer is given great insight into her character. i love that writing can do this.

twenty-three. i’ve been drinking way too much coca-cola lately.

twenty-four. i worry that others perceive me to be high maintenance. which means i must be. and i try so hard not to be.

twenty-five. i can’t stand bradley cooper, either. UGH. (and upon reflection, it occurs to me that perhaps i’ve mentioned this before. at least once. it bares repeating. again.)