one. i don’t understand instagram. you want the pictures you take today to have an aged look to them? twenty years from now, your family’s going to look at them and the images won’t be accurate reflections because you tweaked it with filters to make it look older. i guarantee you, technology will have improved so much that a basic photo taken today by you will appear to your children like the basic photos your parents took of you in the seventies. there’s genuine vintage. and then there’s the fake.

two. i keep hearing that line from he’s just not that into you, the one jennifer connelly spoke when her philandering douchebag of a husband, bradley cooper, stands before her holding up two samples of hardwood flooring, one of which is laminate, and asks her to pick the real one. she can’t, because they seem to be identical. but when he shows her the fake, she snatches it and says, “this is a lie.”

i’m tired of deceit and disappointment.

the other day, i texted one of my so-called friends and asked if she was free that afternoon because i could use some of her sunshine. her kids were down for a nap; she was gonna take one, too. i asked her to text me when she woke up. perfect! she never did text me back. this kind of thing happens a lot with her. this kind of thing happens a lot with my friends, though i don’t usually come right out and say i need them.

it’s march. i hate march. i used to love it. winter was over. the trees and the flowers and the sun and the breeze and the blue and green… the color! after two months of gray and gloomy. spring break! my birthday! i used to love this month. now i hate it. i dread it. for SO many reasons. my allergies. my birthday. my brother. i HATE this month. my parents go to colorado, because that’s where his grave is, and they need to be there. my mother needs her brothers. and that’s where they are. my other brother has his wife, his children. i get to do this by myself. every year. i don’t even have reliable friends upon whom i can lean. my parents’ friends, maybe, but i don’t like calling them, because it’d get back to my parents that i couldn’t do it on my own. and then my birthday. two weeks later. i abhor this month.

for three decades, i have picked myself up every time my spirit’s crashed. i have made myself get up under the delusion that at some point, picking myself up would be easier, because at some point i’d find a good support system.

it’s laughable, really, that delusion. i don’t know that i can keep maintaining it. and it’s hope, you see. it’s important that i do.

there’s this other part of me that feels guilty, even as i’m typing this, that i can’t always pick myself up so quickly, so successfully. the world would want me on medication because my brain is sick. and i ought to be. but when i am, i cannot write. i can’t. and that is SO MUCH WORSE. then instead of a rainforest or swamp, my mental landscape would be a desert. i’d rather have the rain. the world doesn’t want to hear about misery. and yet i’m writing about it. again.

i like me so much better when my head is clear. 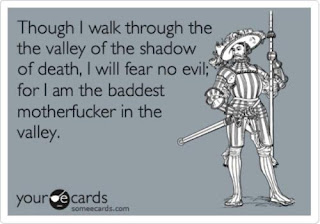 three.  a friend gave me this picture. i like it. good stuff.

four. i’ve managed to keep my room clean for a week. go me!

five. i’m getting clumsier as i get older. this morning i broke some ceramic thing my mother had in her windowsill and just now i almost spilled my giant houston rodeo coke-filled cup on her computer. go me.

six. my parents have asked me several times now what i want for my birthday. what i want they can’t give me. and of the things i could ask for, the only one is aggie season tickets which are now hella expensive, and i won’t get those. i had to take phineas to the shop because my eight-year-old car was making godawful noises. so his repairs? that’s now my birthday present. what a way to celebrate my having survived thirty-nine years of this shit.

seven. it’s beautiful out today. i think i might go sit outside and read.

eight. i haven’t read anything this month. i now have four days to read eight books. yeah. that’s gonna happen. 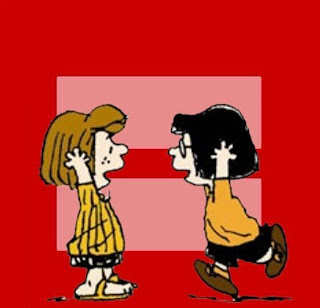 nine. of the marriage equality images i’m seeing everywhere on facebook, this one’s the best. and i really, really can’t understand why anyone would deny anyone else any semblance of happiness. that’s just stupid.

ten. i am fat. again. another reason why i hate this month. i stop caring about my diet. and the number of adult beverages i drink. and all the sudden my gut’s rolling over my waistband.

eleven. i’m not nearly as much of a fan of the voice as i used to be. i might stop watching that show. 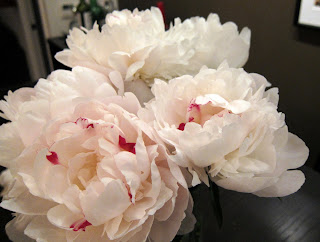 twelve. i used to like peonies the best. especially the white ones with the flash of red. they look so fragile and so feminine. so delicate. the opposite of me. mostly. i’m pretty delicate, i guess. i break easily. but i don’t act delicately. or something. i’m too clumsy. too brash. too crass. anyway, when i’m feeling like that bull in a china shop, i go to the store and buy a batch of these if they have them and take them to pappadeaux’s to leave at the hostess stand for the restaraunt’s guests to take. makes me feel better.

but ever since reading the language of flowers by vanessa diffenbaugh, i’m conflicted. according to the floral dictionary in the back, the peony means hate. how fitting, then, that i would like it, right? i’ve been handing out hate. and now i feel a little guilty.
maybe i should learn to love ranunculus: you are radiant with charms. at least, i think that’s what the book said it meant. i lent my copy out. i do like the colors.

fourteen. i’ve been to church three times this month. and the masses have been good. prodigal sons returning and reconciliation and all that crap. and i feel good while i’m there. i feel loved by lord despite all my shit. but then, i leave his house…

fifteen. carrabbas makes the best tilapia. they also make the best chocolate martinis. and their desert rosa cake is my favorite cake of all of’m. i like it better than chocolate.

sixteen. the pear tree in my front yard is blooming. sometimes, i look at it and think my brother did that for me. i know it’s not true. that the sun did it. but, there’s a delusion i don’t mind perpetuating.

seventeen. i bought justin timberlake’s new album. i don’t understand the fascination with this man, and i thought that perhaps listening to it from beginning to end might enlighten me. i don’t like his voice. i don’t like his lyrics. so all he’s got is a beat, and i can find that anywhere.

eighteen. i’ve been stuck on the script. i keep hitting repeat for tracks two and three: for the first time  and nothing. i’m a little annoyed with myself that i can’t click them off.

nineteen. i need there to be good movies in the theaters. and that ain’t gonna happen for two more months. ARGH. and then it’s only two: iron man three (which won’t be that good, but i’ll be content to stare at robert downey jr. for two hours, plus i like his voice) and star trek into darkness. then it’s just the lone ranger. otherwise, the cinematic industry sucks ass right now. they’re making a fast and furious six? and the hangover three? and before sunset? and smurfs two? what the hell for?

twenty. i’m seeing a significantly greater number of gray hairs on my head. i am adamantly opposed to coloring it or hightlighting it, though.

twenty-one. i have to rewrite five chapters. they are the crucial ones, and so they must be awesome, and i’m a little worried that i can’t make them so, as their subjects are not things with which i am overly familiar.

twenty-two. i really wanted to have this book finished by my birthday.

twenty-three. i really don’t want to weigh one-sixty, either.

twenty-four. but i’m too damned lazy right now. i can’t bring myself to care enough to do something about it.

twenty-five. oh, i miss my brother. i miss his laughter. i so could use some of that right now.

as it is, this will have to do.