one. every time i tell myself eating ice cream isn’t that big of a deal, that i’ll just have a little, a teeny tiny bowl (as in three soup spoonfuls of blue bell’s mint chocolate chip paired with two soup spoonfuls of their rocky mountain road), i am reminded of the fact that while my tummy loves the stuff, my noggin does not. how, you ask? well, three spoonfuls in, i sort of choke on the stuff, and then i get this hellish pain in my head (not because i’ve eaten too much of it too quickly… not brain freeze. it’s more like a brain rebellion), and then i sneeze. and it’s not a little bitty sneeze. it’s one of those sneezes that doubles you over and you feel like your face is going to explode. i really shouldn’t touch the stuff. but it’s blue bell, goddamnit. and i’m a texan, goshdangit. i’m SUPPOSED to eat this stuff. it’s like a dietary staple.

two. the home renovation project that was supposed to take three weeks (i’m guessing one for the carpentry, one for the painting and one for the carpet installation and finishing touches) has taken at least twice that long. at least. i want to say it began the first week of august. we’re in the last week of september. and while i am not in love with the majority of the choices for this particular room (which was originally my older brother’s–and i am aware that perhaps my lack of enthusiasm for the new decor is because we’re jacking with a room that i’d rather not change too much, even though it stopped being his room a very long time ago), i am doing my damnedest to focus on what i do like: more room, a bigger window, a bigger refrigerator for my canned, carbonated, caffeinated beverages and, very soon (within the next few days, supposedly) there will be a fifty inch television to keep me company up here. it’s just the chair my parents have chosen for the desk is NOT, i repeat NOT comfortable. too much cushion in the center so you don’t really sink into it or whatever, and the arms are ridiculously low. also the office walls are GRAY, and i am so not a fan of gray.

three. which somehow made me think of sally fields in steel magnolias: it’s repulsive! it’s got gray icing! i can’t even begin to think how you make gray icing. 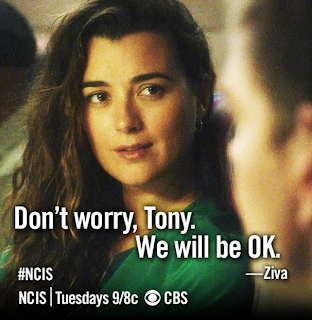 four. i was not thrilled with either of the season premiers for the ncis shows tuesday night. VERY, VERY disappointing, cbs. whiskey tango foxtrot, indeed. all summer i’ve been jonesing for september to roll around for three reasons: a cooler climate, aggie football and tony/ziva and kensi/deeks (more kensi and deeks, though, than tony and ziva. i like tony better than deeks. but i like kensi with deeks better than i like tony with ziva. mostly because on the night each of the boys were to kiss the girls, deeks planted one on kensi’s mouth and tony did the STUPID, PANSY smooch on the forehead. LAME.)

five. i was also not so thrilled with the first night of the blind auditions on the voice. the second one was better. i loved holly henry. she made me cry. her performance was perfect. but really, i kind of liked that she’s shy and secretive. reminded me a little bit of me.

six. i’ve been going on design appointments with our specialist. it’s been fun, doing this. and i really like learning new things and helping her out with her work.

seven. my mom bought me a green and navy gingham blazer the other day. from the men’s department. at steinmart. we were hunting for things for the office, and on our way out, we passed a four-way that had them on display. and i liked the check and the lining inside (navy and brown stripe). and so we got me one. and it, paired with a white v-necked t-shirt, boot cut jeans and my three-inch heeled tobacco leather boots, with my hair in a tail and my face painted and my great uncle’s wooden heart hanging around my neck… i’m quite comfortable in a get-up like that. i was quite comfortable in a get-up like that in my early twenties, too. and i can’t, for the life of me, figure out what possessed me to give away the navy and brown men’s suit jackets i’d bought way back then. cause i sure as shit wish i had them now.

eight. not that they’d fit me. i weigh about fifty pounds more now. so i guess it doesn’t matter that i didn’t hang on to’m.

nine. those people i told you about, the ones for whom i care so dearly, their stories are still being written. and i am, so far, not liking the way things are going so much. so if yall have been praying, please continue to do so.

ten. i finally, FINALLY got to see depeche mode. i have loved that band (though not as much in the past decade as i did in my youth and early twenties) for decades. and i am so glad i got to see them live. they sounded awesome.

eleven. i am using my mother’s computer at the moment. (mine needs to be charged, and i’ve been having trouble lately with iphoto, which is kind of irritating me). it’s much quieter up here than it is in the rest of the house. sometimes i relish that. sometimes, it’s too quiet. maybe because i’ve just acquainted myself with yet another one of those chapters in one of those stories i wish i didn’t have to read but must. maybe it’s the emptiness of the room. i don’t know. i don’t want to be downstairs right now. i don’t want to watch blue bloods. so NOT the tom selleck fan. anyway. i’ve been thinking, i wish i had some music up here. and then i remembered… i put itunes on my mother’s computer a very long time ago. duh.

twelve. i got my hair cut a couple of weeks ago. it needed it. BADLY. but i’m having to adjust to the length again. my stylist cut about six inches off. probably two more than i’d intended. it’ll grow. it will grow. but oh, so slowly.

thirteen. i wish i could consider all the possibilities before opening my mouth or veering off on some tear.

fourteen. i also wish i had greatness within me. or at least a good bit of goodness. nothing phenomenal. something more like eleanor. or hazel, who, according to augustus, walks softly. the world is definitely a better place for her having lived. i want to know it’s a better place for my having done so.

fifteen. i was shopping in hobby lobby today, hunting for more things for the office. and i found a sign that said do what you love. the thing is, i don’t know that i LOVE anything anymore. certain people, yes. absolutely. certain people, like the wonder twins, are necessities in my life, and two seconds with them heal my heart so much better than anything else could possibly do. aggie football, blue bell, dr. pepper, coca cola, depeche mode… that stuff, sure. but i don’t feel compelled to do anything with myself. never have, really. my life’s been a story of just get through this day. do just enough. i wish i knew how to light a fire in me.

sixteen. one of the things my father often says to us is you’re a gentleman (or in my case, lady) and a scholar. and today, while scouting hobby lobby’s merch, i found a thin, metal decorative wall plate in maroon, white, gold and black that said gentleman and scholar. i got it to go over his desk. (also, i had no idea this came from the catcher and the rye. i had never heard anyone say this but my dad. according to my mother, a lot of people say this. a lot of your people, i said. not a lot of my people. still, i feel a little silly now, because i’d exclaimed to a hobby lobby clerk how i’d never heard anyone say that but him. as in ranted for like five minutes about how cool it was that they had that plaque. crazy, right here.) (also, oddly enough, if you search that phrase and pair it with hobby lobby, the image results include bart simpson, sherlock holmes and watson, paul mccartney, gollum and a picture of my name handwritten, among other things. go figure.)

seventeen. my mom sent me to buy sirloin to make pepper steak for dinner. i had to ask other shoppers to help me.

eighteen. i’ve been really bad about commenting on others’ blogs lately. or replying to comments yall leave here. but i am reading. and i am appreciating what you write. i can’t promise i’ll do better about acknowledging your words, but i do want yall to know that i AM reading them. and i am grateful.

nineteen. i feel really, really old. not in my brain. but in my body. so far, forty sucks ass. i’ve never had a face that needed cosmetics. my skin, probably because of all those years of swimming and the absence of cosmetics, hasn’t had the blemishes that demand i cover them up. but i put on make-up for one of those design appointments a few weeks ago, and my coworkers said that i looked much younger for having made the effort. SWELL. so now i feel like i HAVE to bother with this crap. and i’d really rather not.

twenty. there are WAY TOO MANY people living in this town. i’m tempted to move to the country.

twenty-one. i’ve been having crazy dreams lately. like one of my younger brother’s friends died. or like the grandson of one of my mother’s friends did because i hadn’t been his designated driver. and even if i take benadryl, i’m waking up six hours after i’ve crashed, which sucks. i want to conk out. i want good rest. i wish i could dream more. not the kind you do in your sleep. but the kind you do in your day. the kind that helps you move through it. the kind that helps you be you.

twenty-two. i want to find books as enjoyable as eleanor and park, the fault in our stars, the language of flowers, right before your eyes and the time traveler’s wife. and i’m kind of irritated that i can’t.

twenty-three. i don’t know how many more rq posts i’ve got in me.

twenty-four. those people who drink gallons of water in a day… how DO you do that? 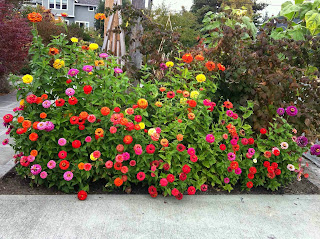