oh, what a beautiful season… for some

i used to love this time of year. like really love it. like, i’d decorate my room and have my christmas shopping done before thanksgiving and have all my presents wrapped before mom had even rearranged the den to make room for and set up the tree. christmas was my favorite holiday. not because i got presents, though, i’ll admit, i’m a greedy wench who likes getting a whole lot more than giving. and i like giving quite a bit. but because i believed it brought out the best in everyone.

i used to love it. i used to think it was the most magical time of the year, and that’s what made it wonderful.

and then the magic began to fade. years went by and i’d face yet another holiday season as a single woman. i’ve never been in love at christmas time. i’m watching all these damned hallmark movies, and i love a lot of them. i used to believe in their possibilities, but they’re just stories to me now.

christmas decorations didn’t go up until the day after thanksgiving. and then that friday became black friday. and then thanksgiving became black thursday. and shopping centers put up their decorations and stores began advertising their holiday sales before halloween. the way we draw this season out now… if a little christmas spirit’s good, a lot of it must be better, right? all that does is make me aware of what i lack, make that period last that much longer.

so there’s no man for me. fine. the only reason i want one anymore is because every now and then i think it must be really nice to be held, to have someone hold onto you. other than that, meh. seems more of a hassle, really, to have a relationship than not. i’m well aware of the perks of the single life, and the last man i dated made me appreciate those perks a hell of a lot more than i’d ever done before. 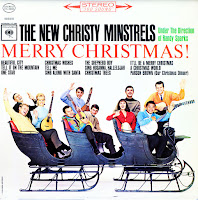 now i get to see her worry about her heart, and how it’s not beating right. i get to worry that something awful will happen between now and christmas day, and she won’t be with us. she spent this past weekend in the hospital. they put her under friday and tried to shock her heart back to a regular rhythm. i spent that day praying she wouldn’t die. i spent the next one berating myself because i should’ve prayed that the procedure would’ve worked. i spent that weekend praying she would come home. i miss the times we spent at our cabin in colorado making paper chains and popcorn ornaments. i miss the innocence of the days of her playing her old holiday vinyls, like the new christy minstrels’ merry christmas! album. that one had been my favorite. she put that one on thursday morning, december first. that night, my father was telling me about the procedure she was having the next day, and the first words out of my mouth were, could it kill her? i hate that that’s the question i thought to ask. that i had hurt him in asking it. i hate that i had to prod her to write down her wishes for her funeral services just in case. hate that my brother’s death has since forced me to be so damned practical.

i hate that my other brother’s children are in mississippi. that we don’t get to spend christmas with them this year. fine. we’ll celebrate christmas again a few days later.

but mostly, i hate how selfish people are, how pushy they’ve become. how when i’m standing in line at hobby lobby to buy the frames my mother requested for the photos she wants to give my cousins’ wives, the woman behind me has to keep inching forward because she’s in that much of a hurry to buy her four rolls of wrapping paper. that i can’t hold my ground and stand before the clerk who’s ringing up my purchase, that i’ve to step further and further away from the clerk because the customer is crowding me. how when i say, i’ve moved three times for you; can you please stop?, she has to insist she’s nowhere near me. i hate that i can’t see that. that she’s taking up so much room in my vision, i’ve lost all concept of everything else. that i can’t just wait the handful of seconds it would’ve taken for the clerk to finish ringing me up before i explode and embarrass myself. that i’ve made others’ shopping experiences unpleasant and the clerk’s day that much more difficult because they’ve had to witness my kind of crazy. that all this grief boils over into my hollering at the customer that that may be enough room for you, but it’s not for me because i can’t see! i know i’ve ranted about this a lot. i hate that i can’t make people understand how terrifying that can be for me. the picture on wikipedia’s post about depth perception? if i were walking down that street, it’d look as flat to me as it does to you in that photo. that’s how my vision works. i don’t have a front and back, a near and far. i’ve a top and bottom, a right and left. all the cues mentioned on that page are crucial, vital to my ability to judge my place in my surroundings, and if too many of those are compromised because someone’s standing in too close a proximity, i could lose it.

every time i go out, i risk that. i’d managed to be kind to everyone that day (except for when i was driving, but they’re not hearing me bitch, so that doesn’t count). i’d managed this for hours. i was at my second-to-last stop. i’d begun to think i was gonna get through the day without incident. 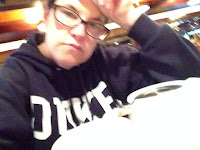 i had to put myself in time out after that. i drove to pappadeaux’s and had a few cups of chamomile tea and carried on with my day. when i got home, i helped mom, who’d come home from the hospital the day before (thank god), get some of the christmas decorations out while we watched a hallmark movie. how ironic is it that the one she picked was about a boy who needed a heart transplant?

i hate that i’ve come to hate this time of year. i miss the days when it was magical. i wish it could be so again.

2 responses to “oh, what a beautiful season… for some”