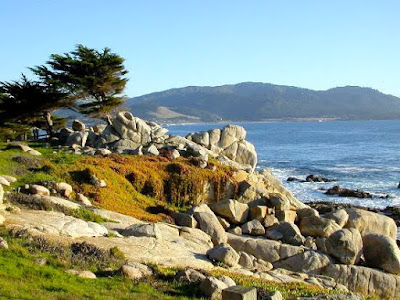 If you could live anywhere, where would it be, and what would you do there? — Kelly

This question is sort of difficult to answer because my knowledge of the world, in a travel sense, outside of the United States, is rather limited, as I’ve only been to Tijuana, Grand Cayman, Cozumel and St. Thomas. I wouldn’t want to live in any of those places. I enjoyed visiting them, but they’re too detached from the rest of the world.

So, where then? It would have to be near a beach. Not necessarily on a beach, though I wouldn’t mind this, would probably prefer it, but it’s not a must that I be within a few feet of one. Still, I’d like to be able to get to one in no more than half a day. Not that I would go all that often, but it’s somehow comforting to know that it’s there. I can say this because I’ve lived a few hours from one for nearly two decades of my life. That I have the option of going, should I choose to do so, is really quite nice.

One of my favorite trilogies that I’ve read by Nora Roberts is set in Monterrey, California. I really liked what I read about that place. So, I would probably say there.

What would I do there? Write. Cruise the coast. Study literature and creative writing. Haunt bookstores and music shops and movie theatres.

If I had to pick a place outside of the United States, I’d say Ireland or Greece. I’ve always been fascinated by those places. Always longed to go there.

As for what I’d do there? Observe the culture, absorb it. Write. Cruise around to all those cities I’ve heard about but never seen. Study the country’s history, its writers and poets, its artists. Haunt pubs and bookstores and cafes.

for the eighth inquisition essay, go here.
this week’s wisdom:
the young lions lack and suffer hunger;
but those who seek the lord shall not lack
any good thing (psalm 34:10).

7 responses to “ninth and wisdom”