m is for monastery 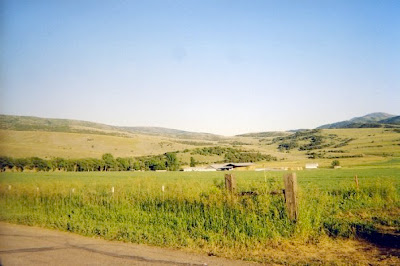 so one of my favorite things about the holidays — christmas and easter and whatnot — is the phone call we get from my great uncle, a trappist monk at a monastery in huntsville, utah, outside of salt lake city. his birth name was clarence, but upon entering the monastery he became brother nicholas, or nick.

he’ll call at around eight a.m. — we are one of many families to receive the pleasure of his company via phone conversation, as he is an incredibly popular dude … relatives from all across the country clamor for his attention, and i like to think he calls our house first, though there’s this part of me that knows that’s probably not the case … still, i delude myself, and happily.
it’s an hour earlier there. he’s been up for probably four hours (crazy!). my family’s been up for maybe one. we’re sleepy and groggy and not always so happy to be up that early. but we’ll wait, patiently, considering, for our turn to the talk to the man.
that image you have of a cowboy, my uncle fits it to a t. he wears chambray button down shirts and wrangler blue jeans and dirty, ole boots and a cowboy hat. he’s quiet and slow and unbelievably patient. he’s got this dopey grin, a contagious one. he gives the best hugs ever.
he’s in his eighties now. you might think the strength of that hug might wane with age, but it’s just as strong and warm and comforting — just as bearish — as it had been when i was three. and it’s like that, regardless of how long it’s been since you’ve seen him. the hug he gives you when he greets you at the guest house the moment you get there is the same as the one he’d give you days later when he’s come back from his afternoon nap.
he was a navy boy and a pool shark. before this, he and two of his brothers (the three of them were inseparable) caused all kinds of hell, like the time one of them (the oldest of the three — joe) stood in front of their house and put his hands up to his cheeks and wiggled his fingers and stuck out his tongue. and there’s nick, standing before him, but a few feet away, armed with a giant watermelon. he hurled it. he missed. it flew through the stained glass window. great grandma was not pleased. great grandma wore a cord of rope around her waist for moments like this, and i’m sure the three of them got swatted with it often.
he’s jolly. he observant. he’s sensitive (in a good way). and his faith astounds me. he’s awesome. so incredibly awesome.
this man is the closest thing i have to a grandfather. my mom’s dad died when i was three. and even if he hadn’t, he wasn’t the coolest of dudes. my dad’s dad died when i was in junior high.
so those phone calls we get from him make my day. 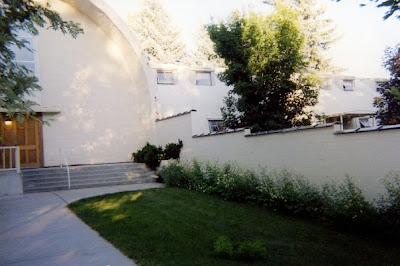 and the weekly summer trips we take to his monastery to spend time with him and his other brothers, the monks … those are my favorite vacations — hands down.

i don’t get to go this summer, though. i’m going to europe with my cousins, which should be awesome, and i’m very excited about it, but because i’m going on this trip, i can’t go see him. i’m pretty bummed. majorly bummed, actually. these summer trips have been a tradition long before i was born. my mother and her brothers and their families have a miniature family reunion at his place. 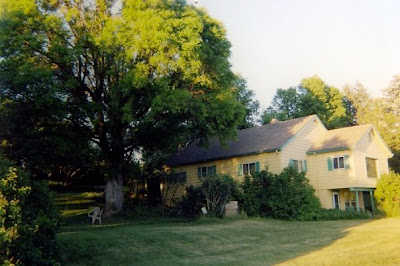 we fly to salt lake, rent a car, meet up with the others at the guest house, which is just inside the monastery’s property, in a valley near ogden. it’s about an hour north of salt lake. it’s glorious, even in the winter. it’s the epitome of peaceful. it’s in the perfect place. and for a week, during the day, we help the monk out with his chores. and at night, we make g and t’s and mojitos. the women cook dinner, and the boys smoke cigars, and we sit out on the hill (which is hidden by all that wonderful shade) beside the house and reminisce about all those times we made mischief.

good times.
and, oh my heavens, you should see the stars at night in this place. it’s magical.
the last time i talked to him, i had to tell him i couldn’t come to see him this summer. that was not a fun conversation.
maybe i can see him this fall. that would be nice. i think the monk would like that. i know i would.
you wanna see more of it? go here.
it’s mentioned in a book! read it.
this was a matlock project. learn about that here.

10 responses to “m is for monastery”