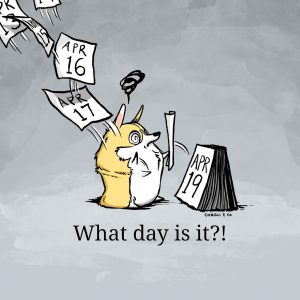 I’ve written about this before. April fifteenth is the day he’d asked me to be his girl. April sixteenth is the day he broke my heart. April seventeenth would’ve been an anniversary of sorts. April nineteenth is the last day I saw him. And these damned numbers are EVERYWHERE. I really hate it when it they’re tied to the month, too. I LOATHE the coincidence. I hate how desperate I’ve become to lessen its significance. How futile those attempts have been.
Eighteen years ago yesterday I went on the last date with the only man I’ve ever loved–three days after he’d broken my heart; nine days before he’d crushed it. Would that I could know love. Would that a man could love me.
I lived in San Antonio and worked as the merchandise supervisor at Borders. It was one of those rare Fridays that I didn’t have to close–not sure how that happened, actually. He’d called me the night before to make sure we were still on. We went to a Greek restaurant.
And then we went to Amy’s at Quarry Market for ice cream. And then he drove me by his parents’ house (again)… because he wanted me to meet his folks, and I was willing, but he was afraid to introduce me… and then we went back to his place, only this time I didn’t stay for awhile.
But I didn’t leave right away. I stood in the parking lot, smoked a cigarette. Decided I wanted a Dr. Pepper. He kept a stash in the refrigerator for me, even though he didn’t drink them. He smiled, was happy to see that I’d come back, had thought I’d changed my mind. But I hadn’t. I didn’t come in, made him get a can out of the fridge for me. That’s the last time I saw him.
The strongest memory from that day: when I’d gotten to his apartment, I’d told him I wasn’t touching him. He had a goldfish named Icarus. I’d set my things on the counter beside the bowl. We were getting ready to go, and I’d stopped to get my stuff and was staring at the fish, floating the water. I thought of Greek mythology…
I thought, You’ve flown too close to the sun, Jennifer. And right then, he stood behind me, inches away. If I’d leaned back a fraction, we would’ve been touching. Those chills you get? They were a flood from head to toe, and I’d wondered if he felt them, and if he did, why they didn’t matter.
I’d wanted to weep. Wanted to say I can’t do this and leave. I should’ve. But I tried to play it cool, like a goddamned fool.