how to write an essay 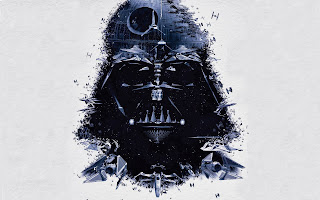 you should treat an essay like a mathematical equation and less like a blank canvas upon which you’ve to heap five hundred empty words.

you need approximately twenty-five sentences. the length of those sentences, of course, will vary based on what it is needing to be said. and this number is assuming you don’t have to include quotations.

for example, you are assigned the subject of cinematic villains.

the best villain in film is darth vader because he craves adventure and excitement instead of peace and stability, he is mastered by his emotions rather than being the master of them, and he is an intimidating and ruthless leader.

thesis statement (the best villain in film is darth vader) with three reasons (craves adventure and excitement, mastered by his emotions and poor leadership skills) supporting it.

INTRODUCTION. five sentences. you start broad. the only place for bullshit is in your introduction and conclusion. ONE: for decades the cinematic industry has entertained us with tales of blah blah blah. TWO: in film we have seen the exploits and evil of psychopaths like dr. hannibal lecter and the joker. THREE: we’ve also seen the likes of criminal masterminds and mobsters and blah blah blah such as this dude and that dude. FOUR: but none have been so memorable as the sith lord imagined by george lucas in the star wars saga. FIVE: the best villain in film is darth vader because he blah blah blah.

TOPIC A: one reason why darth vader is so awful is because he seeks to please himself through grand adventures and thrilling escapades.

and then you give three solid examples to support this. you’ve got six films of horrible decision making from which to choose: he’s a child who boasts about how awesome he is at constructing things (his droids, his podracer); instead of listening to obi-wan and qui-gon jinn he goes and marries queen amidala; he has delusions of grandeur which the emperor encourages…

one sentence for each of those examples. and you don’t need to quote anything (unless your professor/teacher insists that you do so, in which case they make this website called the internet movie database, which’ll have a shit ton of quotes stored for you). if the prof says you have to have quotes, then you should use at least one for each example.

TOPIC B: his penchant for seeking to fulfill his own desires is one way his emotions so often control his actions. he also does… (find three other ways his emotions get the better of him… like when he kills obi-wan or slaughters a village upon learning of his mother’s death).

TOPIC C: he taunts those who should revere him with his power and prowess rather than leading them. if an officer or a stormtrooper does not do as he’s told, vader simply holds up a thumb and forefinger and chokes that man to death. blah blah blah.

CONCLUSION: regurgitation of thesis statement. four more sentences of bullshit going from the specific to the general.

the only font you use is times new roman. ten or twelve point (preferably twelve, unless the prof says otherwise). single-side it. double-space it. left-align it. the tab key is not your friend; if you want an indentation for the first line, there’s a way to format your paragraphs so that it automatically does this. be verbs (AM, IS, ARE, WAS, WERE, BE, BEING, BEEN), adverbs (those things that end in -LY) and prepositional phrases are not your friends, either. they are WEAK words and do not belong in an essay. use them sparingly. do not rely solely on spellcheck for editing. and, most important, your professor is not stupid; don’t try to outsmart him. you can’t.

3 responses to “how to write an essay”