Skip to content
yall. i has a sad. a very big sad. my packers LOST. THEY FUCKING LOST. i feel like typing but my brain is too despondent to think of something awesome to write, so you get another one of these lovelies from fuck yeah surveys. 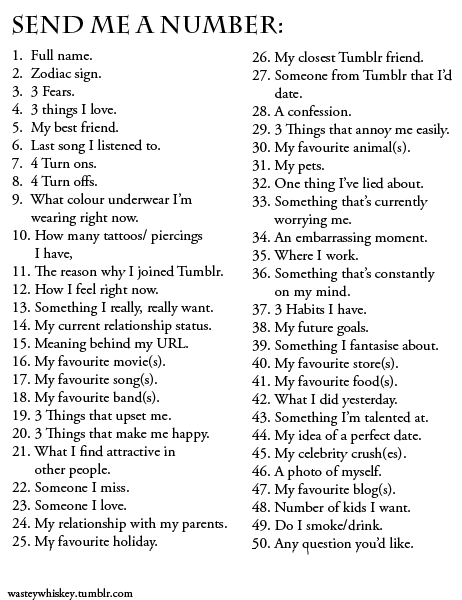 one. jennifer kristin griffin
two. aries
three. madness; intimacy; solitude
four. fiction; film; football
five. ann
six. dave matthews band’s crash into me
seven. the ability to communicate well; pretty eyes; a nice voice; clever sense of humor
eight. the inability or reluctance to communicate; selfishness; thoughtlessness; making empty promises
nine. magenta
ten. none / two
eleven. i didn’t
twelve. pissed off that my packers fucking lost and annoyed that my patriots didn’t massacre the steelers; my eyeballs and mouth and skin are dry, but that’s because i’ve not had but one bottle of water today, and that was about ten hours ago; also the folks are nagging me about my conversational style, among other things, which annoys me as well
thirteen. a million dollars
fourteen. single
fifteen. it’s a combination of two words colleagues used to describe me
sixteen. star wars: episode v – the empire strikes back; the lord of the rings: the two towers; star trek; serenity; steel magnolias; dedication; about time; good will hunting; philadelphia; playing by heart; seabiscuit; cinderella man
seventeen. u2’s with or without you; airborne toxic event’s sometime around midnight; smashing pumpkins’ stand inside your love; tori amos’ baker baker; hootie and the blowfish’s not even the trees; third eye blind’s the god of wine; temple of the dog’s say hello to heaven; indigo girls’ prince of darkness; counting crows’ anna begins; poe’s wild; sara bareilles’ between the lines; ingrid michaelson’s the chain
eighteen. u2; van halen; airborne toxic event; a fine frenzy; tori amos; sarah mclachlan; def leppard; depeche mode; silversun pickups; garbage; dave matthews band; stevie ray vaughan
nineteen. the packers fucking losing to the goddamned falcons; my inability to find gainful, suitable employment; that i could feel absolutely fine one minute and be sucker punched by the crazy in the next
twenty. the packers winning handily; huntsville, utah in june; the wonder twins’ laughter
twenty-one. compassion; kindness; generosity; genuineness; sense of humor
two. my brother
three. my mother
four. i need them too much; they annoy me too often, but i have a feeling that’s mutual; they say they’re proud of me, but i have a really hard time understanding how that could be
five. meh. the start of football season? does that count?
six. no clue. because. i. don’t. do. tumblr
seven. see number twenty-six
eight. i didn’t take a shower today
nine. people crowding me, either by riding my ass or pacing me on the roadway or standing too close to me in line at a store; celebrities running their mouths about politics; uninformed people acting like they’re geniuses
thirty. french mastiffs and akitas
thirty-one. none
two. whether i did my homework
three. my physical well-being
four. dating the douchebag that jeopardized my physical and mental well-being
five. i don’t
six. all the mistakes i’ve made and how ashamed i am of and can’t forgive myself for them
seven. playing on the computer the first and last hours of my day; arguing with my father about petty shit like whether it’s three minutes past (according to my computer) or three minutes before (according to his phone) nine p.m.; hanging out at pappadeaux’s
eight. get a job; get a book written and published; get my own place
nine. getting a book published
forty. barnes and noble booksellers; pottery barn; williams sonoma; restoration hardware; anthropologie; sur la table
forty-one. chicken spaghetti; blue bell dutch chocolate ice cream; the republic grille’s trg salad with salmon; babin’s broiled halibut with lump crab lemon butter sauce with capers; ranger cookies; bread and butter
two. watched television
three. writing
four. the best date i’ve been on… we met at ihop, gave each other tarot card readings (which was actually kind of fun and totally his idea, and i liked that he was game for that), went to mcdonald’s for french fries, a texaco station for drinks and then sat in the ihop parking lot for like two hours just talking… i loved that i spent four hours with a guy and never felt uncomfortable or awkward or insignificant; i loved that i could talk to a guy without worrying about what i said
five. are writers, so they’re probably not celebrities in the traditional sense, but i’d really like to meet rainbow rowell and jenny lawson
six. there’s one in the top left corner
seven. mine? :] the bloggess; tex-erin-in-sydneyland
eight. if the world were perfect four, but it’s not so none
nine. no /  no
fifty. why the fuck do the green bay packers still employ dom capers as their defensive coordinator? that goon needs to be booted out on his stupid ass RIGHT NOW