five things you shouldn’t say to someone with bipolar disorder 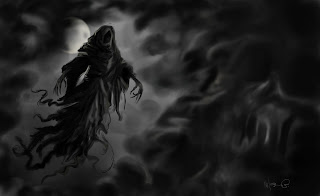 one. lighten up. sure. as soon as we can remember how to conjure a patronus to banish the dozens of dementors and their blackness. do you think we don’t prefer the sun? do you think it’s so easy as stepping outside?

two. oh, i’m sick of hearing about how your head hurts. one of the pleasantries of this lovely disorder is that sometimes those who suffer from it are hypersensitive to noise. and the more noises there are, the more unnecessary they seem to be (like the associate who was walking around pressing on the cellophane with which she’d just wrapped a small item. for five minutes. back and forth to the cash registers with snap, crackle and pop for company. pair this with the talking and the shopping and the children and the music and the phones ringing and the sheer volume of it all…) the more it makes the affected person’s head hurt. so in addition to the bat shit crazy he or she may be battling silently (or no), he’s also suffering from piercing physical brain pain.

three. if you’d exercise… yes, we’re well aware of the benefits of exercising. the trouble is, at times we just don’t give a shit about anything at all. even ourselves. especially ourselves.

five. maybe you should medicate it. see number three. also… sure if i want to feel like a giant void. my brother died? for weeks i couldn’t cry. well, maybe that’s because the grief hit you later, you say. sure, except i cry at the drop of a hat, thanks. hell, the thing could still be on your head and i could cry. practically all i’ve done this week is cry. and i’m not complaining about that. really. i’m not. because i’d rather do that than rage. plus, i always feel better after a jag. anyway. when something like that happens, crying’s necessary. and i couldn’t. for weeks. also, i don’t write. and i am nothing, NOTHING without my craft. also, it can be expensive. even with health insurance.

having said that, i imagine refusing to medicate is kind of like refusing to vote. if you’re not going to try to live a physically healthy lifestyle, then i guess it’s perceived that you shouldn’t really bitch about your brain being fucked.

how about i won’t bitch about that, if you won’t say this shit to me. thanks.