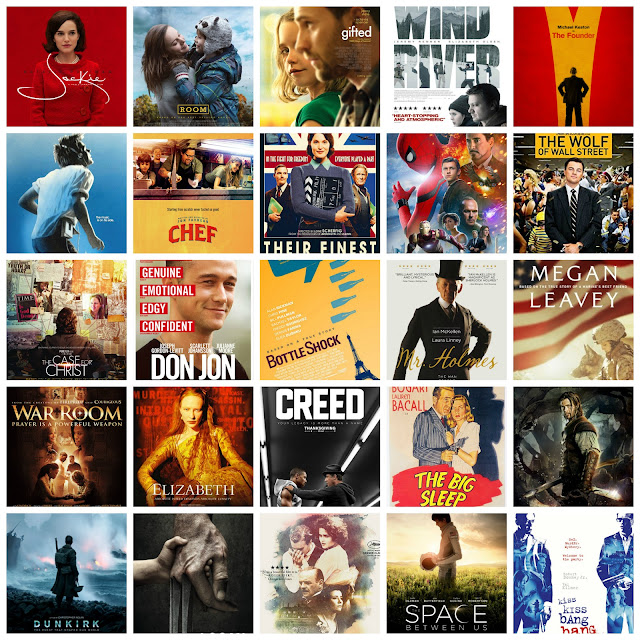 one. jackie. category: reviewed last year on slothsandmovies. natalie portman is a talented chick. jackie kennedy was a remarkable woman, and portman plays her well. i liked the way the story’s told, but, despite all that, something’s keeping me from saying this film is amazing, and i can’t tell you what that is exactly. just that’s it’s there. it’s really good, just shy of great. worth seeing for the history.

two. room. category: about fortitude. this movie had me bawling. that little boy is adorable, and brie larson is amazing. they both play their roles so, so well. i hadn’t expected to like this one as much as i did. i was wary of watching it. borrowed it from the library and kept it for some time after its due date because i wanted to keep it; reviewed several scenes from this film on many occasions. SO GOOD. one of three that i would say is the best from my list.

three. gifted. category: about temperance. LOVE this movie SO much. chris evans is phenomenal, best work he’s ever done. hands down. i love the little girl’s sass and smarts. this is the best movie i’ve seen on my list.

four. wind river. category: about justice. AMAZING. SO, SO incredibly good. solid storytelling through and through. chilling film, but so worth watching. one of the three best on my list.

five. the founder. category: about pride. before i watched this, i thought it was better suited for greed, but it turns out it works better for this category because it’s a fine example of pride going before the fall. i’ve mixed feelings about michael keaton’s character in this one. he’s persistent, tenacious, determined, fearless, forward-thinking, clever… such admirable characteristics, and it’s not that he doesn’t use them well. he’s not necessarily a villain. i’d say he’s more an opportunist. he doesn’t give a fuck whom he hurts. he has no conscience. i don’t want to like him. i don’t think he’s an admirable dude, and yet… the men he steamrolls, they could’ve avoided it. had they been willing to consider his ideas, they could have profited from them, but they were so unwilling to consider any ideals but their own… they should’ve done a better job of protecting their dream, so i didn’t feel as much sympathy for them as i would’ve liked. it’s a horrible train wreck of story; its collision is impressive. keaton does fine work. but i never want to see it again. never want to eat at mcdonald’s again, either.

six. footloose. category: starring kevin bacon. okay. i have NEVER liked that song, yall. i thought it was cheesy as shit, and i assumed this movie was just as cheesy. when those opening credits rolled, i was sure my original thought was right. and then it started… i really liked this film, as predictable as it was. the casting’s great, and there are some really, really good scenes in this thing. some of the dialogue is just perfect, like when the preacher’s wife says: you can lift a congregation up so high they have to look down to see heaven, but it’s the one-one-one where you need the work. i love dianne wiest, yall, but never more than in this movie. i’ve never cared much for kevin bacon, but after having seen this film, i can understand the world’s fascination with him.

seven. chef. category: about gluttony. i dig this one. good stuff. i live about six hours from new orleans and have never wanted to visit that city. jon favreau’s movie has tempted me to give it a look.

eight. their finest. category: starring jeremy irons. it’s a good story and a pretty film, and i enjoyed it well enough. i had been happy about it, eager to tell folks i really liked it… until this one thing happened in the story (completely unnecessary, badness for the sake of badness, could’ve and should’ve been avoided, really annoyed that it wasn’t) toward the end. i had been thinking it was one i’d watch again, and maybe i will because it’s certainly got merit and shows a bit of history with which i was not familiar, but my enthusiasm for this one’s gone, and i’d really been looking forward to watching it because i love bill nighy. also i’m with michael, who said, jeremy irons has an amazing voice, and i would listen to him read a grocery list for home depot. his role is brief (and maybe a little annoying) in this film, but yeah. he does have a damned fine voice.

nine. spider-man: homecoming. category: starring robert downey, jr. god, i love that man. he’s pretty damned awesome. and this was a pretty good flick. i’ve never really cared for spider-man, and all the other spidey flicks i’ve seen haven’t ever inspired me to do so. but this guy, tom holland, he does alright. and michael keaton’s not so bad at playing the villain. but mostly, iron man’s presence make this movie for me.

ten. the wolf of wall street. category: about greed. of the films on my list, this was the one i was least interested in seeing. i loathe the subject matter. i’m not a fan of leonardo dicaprio and have never cared for any of his films i’ve seen. i can’t say i care for this one, but he does good work here. it’s a horrible story about utterly despicable people who choose to use their talents for ill. it’s well done, save for the fact that it’s LONG.

eleven. the case for christ. category: about prudence. good story. done well enough. didn’t inspire me a lick (and i like my god movies to make me love god). not one i want to watch again.

thirteen. bottle shock. category: starring alan rickman. good story. chris pine annoyed the crap out of me, and that’s never happened, but despite his character’s antics, the guy had a good heart. that hair though, gah. anyway. alan’s his usual bad self. it plods along at times, but it’s good. yall should watch it, at least for the history.

fourteen. mr. holmes. category: starring ian mckellen. didn’t love this one. was bored through most of it. can’t really recommend it.

fifteen. megan leavey. category: about charity. good story. the movie’s not bad, but i wanted it to be better.

sixteen. war room. category: about faith. it’s not unrealistic like other religion-based films i’ve seen. i did enjoy it, more than i thought i would. there are some really good moments in this story, and i was surprised to find them. i do think it’s cheesy, but i didn’t mind it so much. it inspired me, which is what movies like this are supposed to do.

seventeen. elizabeth. category: set in a castle. everybody wants to rule the world. i didn’t love this one; it’s not one i’d ever want to see again. but i didn’t loathe it either. i did like geoffrey rush, which is a rare thing for me. i wasn’t sure i was going to at first, but then… he played a pretty cool dude.

eighteen. creed. category: about hope. it’s like every other rocky flick, and i knew it would be going into it, but i kind of hoped it would be better than the rest, and it wasn’t.

nineteen. the big sleep. category: listed on nathan bransford’s best hundred movies challenge. i wanted to love this one because bogart and bacall. it’s got some good lines and great camera work, and i did love seeing these two, but it’s hard to follow (or maybe i was too tired when i watched it). LOTS of tampering with evidence. lots of people dying. lots of me thinking what the fuck? meh.

twenty. snow white and the huntsman. category: about envy. never seen charlize theron overact more than in this film, and rupert sanders sure did love to have the camera on kristen stewart. there’s some cheesy moments. but the special effects are pretty nifty, and i don’t mind looking at and listening to chris hemsworth.

twenty-one. dunkirk. category: set in an exotic locale. didn’t care for this. definitely NOT the best war film ever made. not even anywhere near the best. and for a story as badassed as this one is, it should’ve been AWESOME. the beginning was strong enough, and the conclusion was alright. the middle sucked ass. i was really disappointed in this one, and the music, if you could call it that, definitely didn’t help sway my opinion in the least.

twenty-two. logan. category: about wrath. of the wolverine flicks, it’s the best, i guess. of the x-men films, i liked it about as much as i liked the third one where jean grey’s on magneto’s team. i’m not a fan.

twenty-three. howards end. category: starring anthony hopkins. LOATHED this one. too fucking long and boring. didn’t give a shit about the characters or their plights. STUPID movie.

twenty-four. the space between us. category: set in space. SO BAD. SO, SO BAD. i knew it was gonna be stupid, but i hadn’t realized the extent. every time i thought it couldn’t possibly get more ridiculous, they’d pile on another outlandish plot device. i don’t understand why gary oldman would agree to be in such a pathetic excuse for a film. 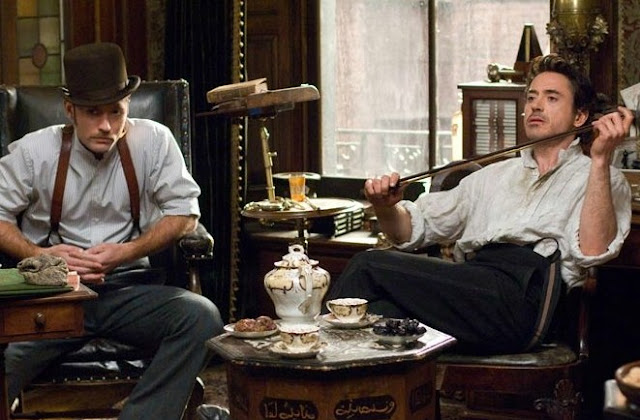 so i’ve knocked my list out, and i’ve plotted and prepared the bonus round to post in a couple of weeks. and sure there are a couple of gals who’ve knocked out their lists, too. BUT it’s not too late to join in, so if you’re interested in participating, click here for details.

check out what michael and audrey have seen!