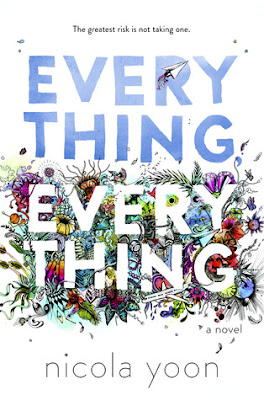 why i wanted to read it: because i’d just finished reading crap like life after life and the shack. i wanted something easy. also i’ve friends who refuse to read it, which only made me curiouser and curiouser.

what i liked: i keep thinking about the summer i turned eight. i spent so many days with my forehead pressed against my glass window, bruising myself with my futile wanting. at first i just wanted to look out the window. but then i wanted to go outside. and then i wanted to play with the neighborhood kids, to play with all the kids everywhere, to be normal for just an afternoon, a day, a lifetime…

“so you told him not to write to you and then he didn’t write to you. is that what you’re telling me?”

“well, i didn’t say don’t write in big, bold letters or anything. i just said i was busy.” i think she’s going to make fun of me, but she doesn’t.

“why didn’t you write to him?”

“because of what we talked about. i like him, carla. a lot. too much.”

the look on her face says is that all? “do you really want to lose the only friend you’ve ever had over a little bit of heartache?”

i’ve read many, many books involving heartache. not one has ever described it as little. soul-shattering and world-destroying, yes. little, no (page 86).

i want to say something, not just something but the perfect thing to comfort him, to make him forget his family for a few minutes, but i can’t think of it. this is why people touch. sometimes words are just not enough (page 105).

if my life were a book and you read it backward, nothing would change. today is the same as yesterday. in the book of maddy, all the chapters would be the same (page 162).

ever since olly came into my life there’ve been two maddys: the one who lives through books and doesn’t want to die, and the one who lives and suspects that death will be a small price to pay for it. the second maddy… she’s like a god — impervious to cold, famine, disease, natural and man-made disasters. she’s impervious to heartbreak.

the second maddy knows that this pale half life is not really living (page 167).

you’re not living if you’re not regretting (page 186).

what sucked: the writing’s not remarkable. it’s not. there are a number of instances where the conflict, the characters’ reactions and emotions could’ve been really heightened but aren’t.

having said all that: the writing’s not awful, either. it’s another fast read, which i love, and the ending’s unexpected, which really impressed me. i like maddy and olly. they’re pretty cool kids.