one. april second. children’s book day. donate two young adult hardback books to a junior high school library. the newer the school, the better because they’re most likely in need of the donations. a friend and i hit barnes and noble’s, where i picked up the book jumper and caraval, and then after we had lunch, i took them to the junior high school named for a doctor who cared for many of the players on the high school’s football team and served on the district’s board for many years during my father’s tenure as superintendent. he was also our family doctor.

two. april sixth. national tartan day. put on a plaid shirt and wear it with pride.

three. april seventh. national beer day. if you’re single, go to your favorite bar and buy a guy or gal whom you think might be awesome a beer. take the time to find out if you should’ve picked someone else. if you’re hitched, take your better half to his or her favorite bar and buy yourselves a couple. so my favorite bar is pappadeaux’s bar, but excluding today, in the times i was there i did not spot a man who interested me. today, there was a guy, and i was able to make myself sit next to the dude rather than in my usual spot, but i couldn’t even make eye contact with the boy. i could, however, bitch about my plight to the bar staff and servers. apparently, in the midst of that bitching when one of them showed me a picture of himself dressed up as a heavy metal rocker (damned if i can recall who that was) and i’d commented that the pic looked more like weird al yankovic posing as said rocker, i’d made the boy laugh. had i known this, had i not run my mouth already about how annoyed i was that i had to do the thing, i might’ve found the courage to buy the damned beer. but alas… so the day… i went to bakers street then to bar louie, both of which were dead, then to deaux’s where i ranted, then to woodson’s near my house and finally to tailgator’s (a place i don’t like to go because that’s the bar the douchebag i’d dated favored). i was sitting at the bar, and these four dudes sitting at the table behind me seemed like they were having a fine enough time. so i got my ass up, marched over, told them of my predicament (by this time it was about nine p.m., and i was ready to go home because i’m a loser who has no life and gets to bed early nowadays) and asked which of them would let me buy him a drink. the one on the right, the one that kind of reminded me of woody harrelson. he let me buy him a dos equis, no salt with a lime (just like i like it), and he shared it with his friend. the other two… one was from england, and the other, like the two pictured, was from texas. i think what had drawn me to the table was the accent i’d heard. i was kind of hoping he’d say australia. and yes, i know, i shouldn’t confuse the two. whatever. 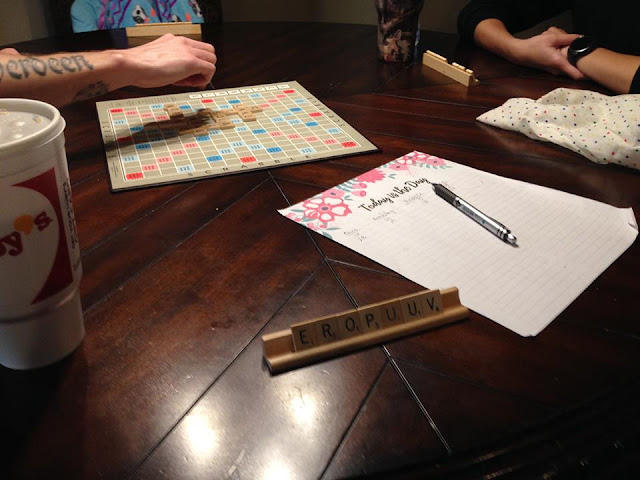 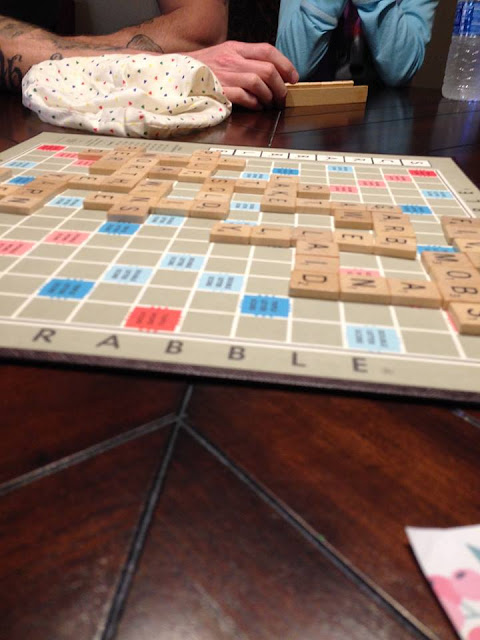 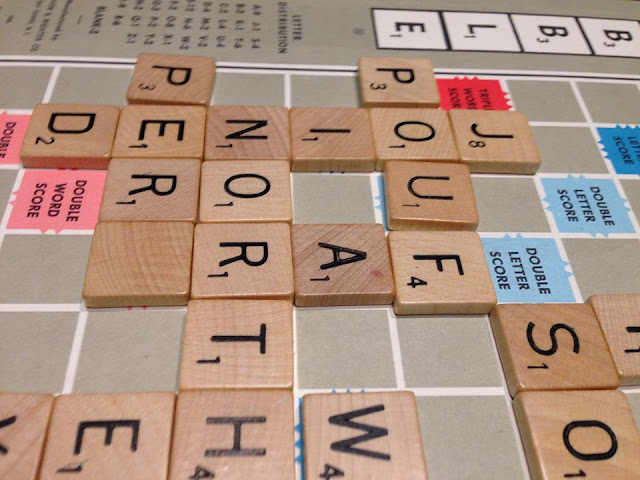 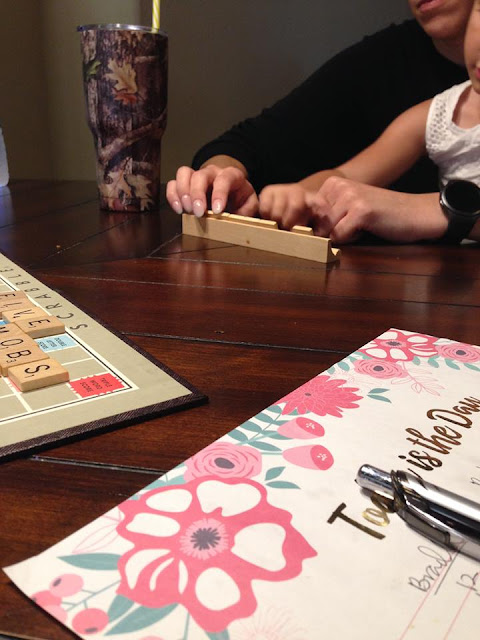 four. april thirteenth. national scrabble day. play a game. not ONLINE. no going to pogo and playing their idea of scrabble. no words with friends through facebook. an ACTUAL game with the board and tiles. with THREE others. i played with my friend rebecca, her husband and their older daughter. the younger daughter “helped” her mama. the older was helped by her daddy. it was so sweet.

five. april seventeenth. national haiku day. it was poetry month, yall. write your own haiku (three lines: five syllables on the first and third, seven on the second). share one written by another that you favor.

mine:
every sadnessis a bead, strung on a threadfrom earth to pluto
my mama’s
morning phone alarm
do you have a son named jon
from earth he’s escaped

six. april twentieth. national high five day. give high fives to twenty strangers. this was actually MUCH easier than i thought it’d be. i did it while walking from the parking lot to the grounds of the woodlands waterway arts festival.

eight. april twenty-seventh. babe ruth day. go watch a baseball game. NOT on television. drive your butt to the nearest park and sit there for nine innings (or however long it is) and watch those boys bat the ball around. it doesn’t have to be a pro game. if you’ve a child who plays or have a friend whose child plays, watching that game counts. i watched the astros play the angels. i got to see a home run in person. i don’t remember seeing one of those in person. i’m sure it’s happened, but i can’t recall it. so it was kind of neat to watch. 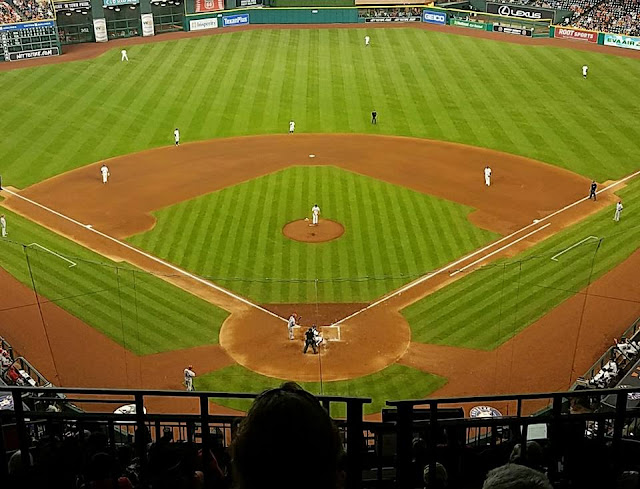 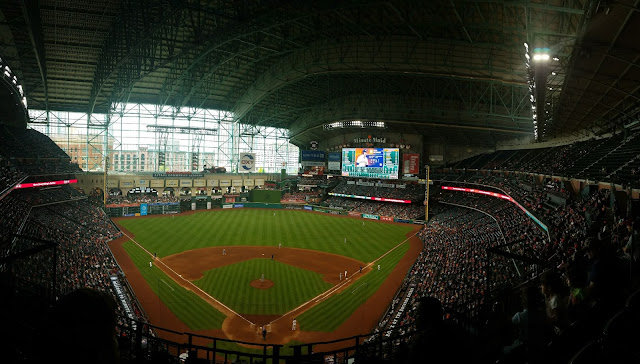