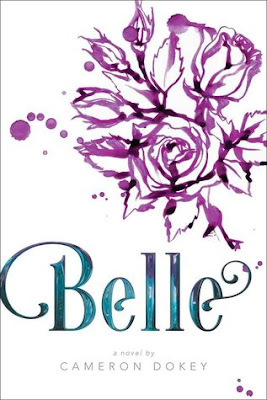 why i wanted to read it: because for this round of erin’s book challenge, we were supposed to select a book based on or inspired a disney flick. i’d seen this one before. i picked it because it was two hundred four pages, i liked the rose on the cover, and i thought i would like this version of beauty and the beast.

what i liked: “everything is beautiful in its own way, ma belle, even if you have to look hard to find it” (page 35).

“i think it’s because my name is wrong. it doesn’t match my face. i shouldn’t be called belle because i’m not beautiful… that’s why monsieur legrand couldn’t see me. he looked for a face to go with theirs, a beautiful face. only i don’t have one. you can ask maman if you don’t believe me. she knows it’s true. i saw it in her eyes.”

my father looked as though i’d taken the piece of wood i’d been carving and knocked him over the head with it.

“but that’s just the problem, don’t you understand?” i cried out. “i’m not beautiful. my name is nothing but a lie… couldn’t i be annabelle?” i asked. “i think, maybe…maybe if people weren’t expecting to see a beauty in the first place, it might be easier when it turns out i’m not.”

my father was silent for several moments more, just long enough that i had to resist squirming within the circle of his arms.

“annabelle is a fine name,” he said at last. “it was my mother’s name and i chose it for you myself. but i’m not so sure that changing what you’re called will accomplish what you want it to, my little one… anyone with the right eyes and heart to match will see your beauty, belle. if not at first, then for the long run… i think you have a gift, belle… i would like it if you could believe that true beauty springs from the same place” (page 41-45).

unhappy memories are persistent. they’re specific, and it’s the details that refuse to leave us alone. though a happy memory may stay with you just as long as one that makes you miserable, what you remember softens over time. what you recall is simply that you were happy, not necessarily the individual moments that brought about your joy.

but the memory of something painful does just the opposite. it retains its original shape, all bony fingers and pointy elbows. every time it returns, you get a quick poke in the eye or jab in the stomach… i’d like to say what happened that first afternoon with grand-pere alphonse, the pity i had heard in my mother’s voice even as she held me in her arms, came to make no difference in our relationship. but that would be a lie… for every time my mother spoke my name, every time she looked at me, i felt her pity all over again…

the more distance i put between my sisters and me, the less painful the comparisons between us seemed to be. eventually what people remembered most about me was that they didn’t really remember me at all.

celeste and april could always be found at the center of gatherings. their faces were easy to call to mind. but the youngest delaurier girl, the one named belle, her image was much harder to summon, in spite of all her name might promise.

i expected maman to protest, but she did not. if i’d needed any more proof that my mother thought i was not as beautiful as her older daughters, she provided it then…

but even the best of compromises unravels sooner or later, and so it proved with mine. for i’d failed to consider the very thing that growing up means: passage of time…

the de la montaignes’ garden party was an annual event, a highlight of the summer.

so that’s it, i thought. she was hoping for a match between celeste and paul de la montaigne…

“paul de la montaigne is the most suitable young man in our circle. everybody knows it. and celeste is certainly one of the loveliest young women…”

her voice trailed off, as there was little more to be said on the subject. she bit into her toast.

“the silence of that house spoke with the same voice that the windstorm had, with one fierce and endless cry against being alone” (page 117).

the beast took three more steps. two more, and he would be close enough to touch.

“so you are real,” he murmured, almost as if speaking to himself. “i have not imagined you. you are real. you have come. i see a dark gray dress on my horse’s back, strong hands on the reins, and your hair…”

he paused, and i had the sense he was studying me intently. “your hair curls and it is brown. but your face…” his voice faltered and broke off. “your face eludes me,” he continued after a moment. “your features slip in and out of focus, like a star at the end of a telescope.”

“annabelle,” he echoed, and i seemed to feel the strange power of his voice in every part of me. as if it were seeking the way to make me visible. “but i thought that you’d said… belle?”

“belle is my nickname,” i answered. “it’s what i’ve always been called. i think that may be your problem — with my face, i mean. it makes you think you’re supposed to look for beauty.”

“i’m here. i’ve come back. where are you?” i shouted. and it seemed my heart would break that i had never asked him for his name. i, who had been so very concerned about my own (page 196).

what sucked: the first thirty pages. the last ten. and the last were significantly shittier, aka unbearably cheesy, than the first.

having said that: save for what’s mentioned here, i didn’t love it. save for those forty sucky pages, i didn’t loathe it. but because one-fifth of it is shit, i can’t recommend it. it’s not the worst book i’ve ever read. it’s an interesting version of the tale. but it could’ve been told. SO. MUCH. BETTER.