failure at some point in everyone’s life is inevitable, but giving up is unforgivable (catherine eugenia finnegan biden).

‘there is no use trying,’ said alice; ‘one can’t believe impossible things.’ ‘i dare say you haven’t had much practice,’ said the queen. ‘when i was your age, i always did it for half an hour a day. why, sometimes i’ve believed as many as six impossible things before breakfast.’ (lewis carroll).

if you’re going through hell, keep going (winston churchill).
could you expect me to rejoice in the inferiority of your circumstances (mr. darcy—pride and prejudice)?
be gentle with yourself. you are a child of the universe, no less than the trees and the stars. in the noisy confusion of life, keep peace in your soul (max ehrmann).
to laugh often and much, to win the respect of intelligent people and the affection of children, to earn the appreciation of honest critics and to endure the betrayal of false friends, to appreciate beauty, to find the best in others, to leave the world a bit better…to know even one life has breathed easier because you have lived—this is to have succeeded (ralph waldo emerson).
nonsense. i have not yet begun to defile myself (doc holliday—tombstone).
never start with the head; the victim gets all fuzzy (the joker—the dark knight).
my mind has an endless capacity for useless information (keenan—playing by heart).
the women i like best aren’t always strong, and they’re certainly not invincible (lisa kogan).
speak your mind, even if your voice shakes (maggie kuhn).
i have been told there is much to see upon a walk, but all i’ve detected so far is a general tendency to green above and brown below (tom lefroy—becoming jane).
well, it certainly illustrates the diversity of the word (connor mcmanus—the boondock saints).
if you can’t handle me at my worst, then you sure as hell don’t deserve me at my best (marilyn monroe).
i am jack’s smirking revenge (narrator—fight club).
courage does not always roar. sometimes courage is the quiet voice at the end of the day saying, ‘i will try again tomorrow.’ (mary anne radmacher).
the million-guys-are-after-you-and-they’re-blinded-by-your-beauty kind of shit. real big stuff. you know, that just—even—we got the dick that kidnaps you and sticks you in a cave, and you’re guarded by a five-headed dragon. you know? and the tales of your plight are spread throughout the land, and all the guys go and put on their shoes so they can see what’s up, but none of them have the balls to save her (henry roth—dedication). 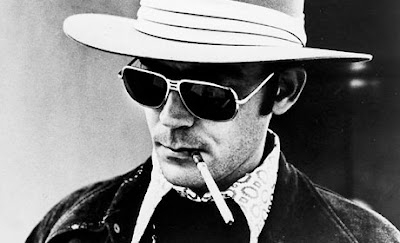 i think we live our lives so afraid to be seen as weak that we die perhaps without ever having been seen at all (alan shore—boston legal).

any man who judges her as harshly as she judges herself isn’t worth knowing (carla sosenko).
who is the happier man, he who has braved the storm of life and lived, or he who has stayed securely on shore and merely existed? (hunter s. thompson).