tonight, i sat down with my nephew after dinner in one of the swivel glider rockers i love so well with one of the books, small saul, that i’d given mom for mother’s day. usually when bambam is sitting with someone with a book, he wants to do the so-called reading of it. what this means is that he turns the pages back and forth and points out one of many objects on one page, then goes back to turning the pages again. and he is babbling all the while. babbling because he is so animated, so happy inside the realm of his imagination which has been stirred by that one object on that one page that he is content there. your turning the pages and reading to him the words printed on that paper? this disrupts that contentedness. a lot. and he will swat at your hands and yank the book from your grasp and snap at you. 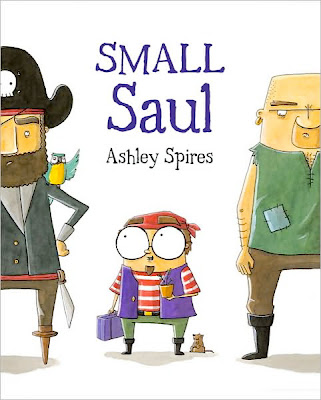 it’s rare when he actually appreciates having someone read to him. so rare that i cannot recall more than a handful of times during which i’ve actually been able to read more than five consecutive pages to him in any one sitting.

but eventually, maybe a third of the way through the book, he ceased with his fidgeting and his babbling and his attempts to yank the book from my hands and listened. he was totally absorbed. 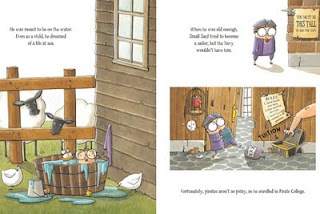 maybe because we were reading about pirates. who knows.

but at the end of it, when we got to the last page, and i’d read the last word, he said two things:

and that’s the first time i’ve ever heard him say that about a book. ever.

we started to read dirtball pete, which is also a pretty cute book. 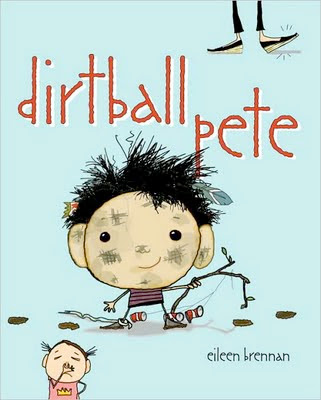 but my father had to pull out his newly acquired ipad. and my nephew associates this thing with angry birds. and pete and i lost him.

Leave a Reply to The Blonde Duck Cancel reply