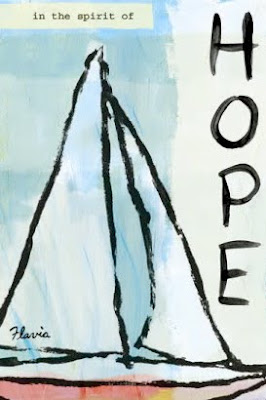 i’ve been delaying posting this question. this one conjures up sadness. i worked on this project a year after my older brother died. part of the reason i’d come up with the inquisition idea was because i was in a pretty rotten place. i wasn’t sure i could write a memoir that sufficiently illustrated me and my life.

my younger brother doesn’t talk about my older brother’s absence so much. barely mentions him at all, actually. whereas i spill everything, he bottles it all up. typical, i guess, given the male-female dynamics. my younger brother, though, is a champion internalizer. he never lets on what he’s really thinking. which serves a pretty decent purpose, considering his line of work (he’s a member of the geek squad). he might be thinking his customer’s the biggest idiot on the planet, but the customer will think my brother thinks he’s awesome.
i’ve been delaying posting his question because as much as he internalizes things, every now and then, i can guess what he’s thinking. and i know when he asked me this question, he wasn’t thinking of the wonder of it but of the finality.
i’ve been delaying this entry (i’d planned on doing one at least every other day…but the last g.i. post was five days ago), too, because it makes me sad to think i had to skip over my older brother. i would’ve liked to have known what question he would have for me. i would’ve liked to have known how he would’ve reacted to the answer.
i was cleaning out my older brother’s closet this morning. we’ve been hoarding things, still. i imagine twenty years from now, we will still have some of his things. but today, i managed to stick the eazy-e, sammy hagar and white lion cds in the sale pile. not that they will sell, but it can’t hurt to try. the country music stays. my mom would have a major fit if i hocked those. the axe handle from his bonfire-building days, his golf club, his fishing boots…those all stay. but i think we can part with the coors skiing poster. i think. i’m setting the maybes out on the bedroom floor. mom may or may not be pissed at me for this. pray for the former rather than the latter.
anyway. i’m digging through the photos when i come across one by flavia. there’ s not a lot special about this one, at first glance. it’s about two feet wide and one foot tall. it’s on a REALLY bright teal background, with the upper bodies of a boy and girl outlined in what i suspect is white chalk, which comes out more like a powder blue on the paper. and in big black capital letters:
once in a golden hour
i cast to earth a seed.
up there came a flower
the people said a weed. — tennyson
and in the bottom right corner, it’s signed by her in that powder-blue white. but to the left of that and slightly over the printed signature, in black cursive:
especially
for jon —
flavia
this, of course, made me cry. i don’t know why. he probably thought the picture was stupid. he never liked flavia. the love of her work was shared by my maternal grandmother, my mother and i. i could see my father and my little brother tolerating her stuff. but my older brother…this was a man who went fishing on saturday mornings, golfing in the afternoon and to the bar to watch football games and drink with his buddies at night. no way would he be caught dead with a flavia print within five thousand feet of his pad.
that it was in such close proximity to his aggie photo collage, his golf club and his bonfire axe handle would’ve made him pretty irritated, i suspect.
i’d managed, though, to get through the shelves and the clothes and was almost through with the stuff on the floor. i was just fine. until i saw that. i sat there, trying to hug the frame (which is really hard to do, by the way), thinking how ridiculous i was for wanting to hug that and wishing i could hug him instead.
i was thinking it fit him, fit his life. those who didn’t know him would’ve said he was a weed, given the choices he’d made. the twenty-year-old me would’ve said so. and it hurts like hell to admit that, to have thought that of him, then. but the ten-year-old me and the thirty-year old me would’ve known otherwise. those who knew him, really knew him would’ve know it, too.
so, since i’m miserable now, you get the question. aren’t you glad? there’s this bizarre part of me that figured it would fit well with this.

If you had a week to live, what would you do? — Joe

I’ll keep this one short because I know how difficult it is for you to read.

I would spend a day cleaning up my apartment, getting rid of all the junk, divvying up my goods to be given to those that matter. Write a little something creative for each of those people I care about. Make them little photo collages. Spend as much time with those people as I possibly could and do my best to make those moments as pleasantly memorable for them as possible.
the first line of my response was snark, mostly.
for the second inquisition essay, go here.
this week’s wisdom is thus:
for though we walk in the flesh, we do not
war according to the flesh. for the weapons of
our warfare are not carnal but mighty in god
for pulling down strongholds, casting down
arguments and every high thing that exalts
itself against the knowledge of god, bringing
every thought into captivity to the obedience
of christ (2 corinthians 10:3-5).

6 responses to “third and wisdom”