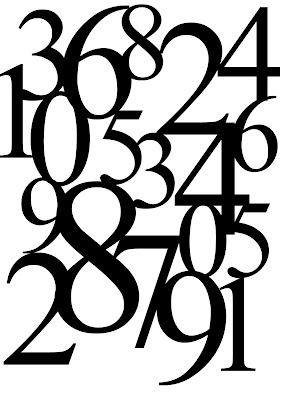 so i try to tell myself.

i’ve written about this before, but it’s been on my mind lately, so i’m doing it again. i’ll try to put a different spin on it this time. it won’t be a big one, of course. it can only go so far, so wide.

yesterday, i emailed another cousin in colorado (i’ve lots of them there–my maternal grandmother’s father and his three brothers literally set up shop there when they came over from austria). she and her husband are expecting their first child in january.

her husband’s birthday is september twenty-seventh.

that’s a date that sticks with me.

as does december twenty-eighth.

today, i reread cecelia ahern’s novel love, rosie. alex, the man rosie’s loved all her life, marries his second wife on this particular day. his first marriage crashed and burned, of course, because rosie is the woman he’s loved all of his life, but neither of them are brave enough to accept this… so he first marries his college sweetheart… and then he marries his high school sweetheart, all the while trying to ignore the fact that he’s pretty much always longed for his childhood sweetheart. that book, by the way is equal parts adorable and annoying. but i love alex and rosie, despite their pigheadedness. you should get to know them.

i’ve written about him before, the only guy who’s really mattered to me. he doesn’t now. i’m pretty sure if were to see him, i’d be like what the fuck were you stuck on this guy for? but… i see certain numbers and i am reminded of him. of feeling a certain way. and that… that is what i miss. not him. but the possibility of him.

when i was younger, like almost every other woman in the world, i would imagine my wedding day. i’ve since gotten to know myself really well, and so i don’t delude myself with this stuff anymore, but once upon a time, i entertained the possibility of normal.

his birthday was september twenty-seventh.

mine is march twenty-ninth.

halfway between the two is december twenty-eighth. the year i knew him, that day fell on a saturday. the following year it was a sunday. good days for getting married. and i felt, not too long after i met him, that if i were to get married i wouldn’t mind being married to him. i was almost thirty, and i’d begun to realize by this point that perhaps that wasn’t quite the right path for me, but i found myself toying with the idea, anyway.

first there was yesterday… and then today. the dates always make me a little nostalgic.

so, to distract myself a bit with other things, i went to wikipedia to see what else happened on december twenty-eighth. i won’t give you the years. and i’m sure as shit not giving you an encyclopedia. a few of’m will do. and maybe, the next time i see december twenty-eighth, i can reference these instead of that:

westminster abbey was consecrated
the planet neptune was discovered,
though galileo referred to it as a fixed star
iowa was recognized as the twenty-ninth state
the endangered species act was passed
woodrow wilson, stan lee, maggie smith, edgar winter
and denzel washington were born
jerry orbach died
and it’s the fourth day of christmas, referring to the four gospels
and the next time i see september twenty-seventh:
the norman conquest began
pope urban the seventh died,
thirteen days after being chosen… the shortest reign
lancaster, pennsylvania was the united states capital… for just one day
mexico gained its independence from spain
the first ford model t was built in detroit, michigan
the tonight show debuted nationwide
meatloaf, gwyneth paltrow, lil wayne and avril lavigne were born
general braxton bragg and babe didrikson zaharias died
and it’s world tourism day

and if i can’t have that, then i’d like it very much if karma could stop shoving them in my face.

Leave a Reply to Lauren {at} Life.Love.Lauren Cancel reply