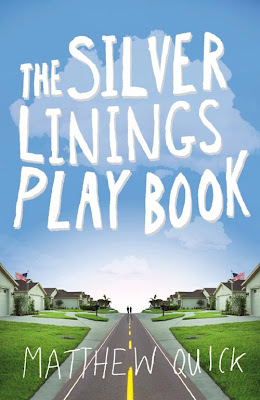 why i wanted to read it: the movie, i felt, doesn’t deserve near as much hype as it’s gotten. i liked it well enough, but i can’t say it’s one i’d want to own. i hadn’t realized it’d been adapted for the screen from a novel,  though i probably should have, until i saw it on the counter of a bookstore’s cafe. one of the baristas had recommended it. i’d told her i hadn’t been too crazy about the movie. she insisted the book was a lot better.

what i liked: i don’t have quotes for you on this one, either. none of the writing really tugged on me so much that i want to remember it. it’s not a powerfully-written story from a linguistic view, i guess. the language isn’t spectacular, here. the story’s not. but the characters make it interesting, and the author does a great job of making those characters real to the reader because of how it’s written. the main character, for example, is a man who has no filter, doesn’t want one, would prefer others not have them.  he’s also pretty impulsive and aggressive. he narrates the story. and the way he tells it is often amusing.

what sucked: the back third of it, save for the last three pages. those last three are really quite good.

having said all that: i liked the main character more, having read the book. but i think the film does a better job of telling that story than the novel does.