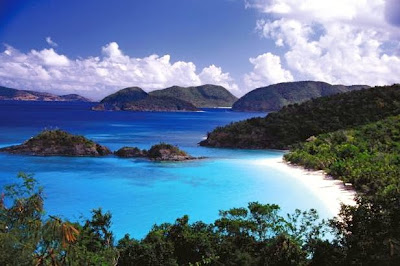 the inquisition essays were written six years ago for a creative nonfiction writing course. my interests in certain things were greater then than they are now.

What are you thinking about when you think about things that excite you about life? — Dad

Rarely have I felt excited, at least during the past two years or so, so it was difficult for me to answer this one. There’ve been only two things, really, that’ve given me cause to feel excited lately: the possibility of studying in a graduate program of some sort and the trip to St. Thomas to visit a friend.
Graduate school because I want to better myself, to learn, to create, to apply myself to see how much difference it makes to do so.
While I’m terrified that I won’t be able to get into grad school, while I’m afraid that I might fail there, too, as I have in so many other aspects of my life, I look forward to learning. To studying, broadening my mind, or at least trying to.
The trip because it’d been so long since I’d taken one, just me, to see some place or person I’d been longing to visit. Because she and I have both lost people that mattered to us in the past year — her mother, my brother. My friend has been unhappy in that corner of the world, and I wanted to cheer her up. I’d heard it’s beautiful there. So I had anticipated the visit.
What do I think of when I think of these things? Possibilities, the opening of new doors and windows, the illumination of ideas that have as yet remained shrouded by ignorance.
The sun on my skin, burning it, creating more freckles to add to the hundreds I already have. Sand, building little castles with it, feeling it shift around beneath my feet as I walk along the water’s edge, swimming in that water, then laying on the beach and having the sand cling to my suit, skin and hair. Spending hours with my friend talking nothing but nonsense, complaining about the stupid people that litter the beaches and roadways. Strolling around town with a camera, taking really bad photographs of really beautiful things.
What other things excite me? Johnny Depp flicks. Two hours in a dark theatre, watching my favorite actor put his unusual spin on a usually interesting film (yes, there are exceptions, like Secret Window).
Nora Roberts’ novels. Curling up on the sofa with the lights dimmed a bit, wrapped up in a blanket, sipping a can of Dr. Pepper and getting lost in some romance novel for a few hours.
Not having to set the alarm clock. What a treat it is to not have to slap the thing silly on those mornings. What a pleasure. But you knew this already.
Sleeping steadily, for at least eight hours, something I rarely do when in San Antonio. Waking up and feeling rested. When that happens, all is right with the world. I am unconquerable.
Finding new roads to travel, seeking out their beginnings and endings, something I regularly do when here. The roads outside the city limits of San Antonio are so much better than the roads surrounding Conroe. I am amazed by the hills, the slope of them. The slanting slabs of stone that rise up here and there, the colors of them. The varying shades of green in the springtime. The wealth of trees that line the streets.
Coming home. Walking into the house that I grew up in, knowing that even though the pieces of furniture, the knickknacks inside might be a little different, the people living there might look a little different, the house still feels the same, the people do. My bed is still the best bed in the house and there is nothing like a night’s rest in it.
Some marvel of nature that is often overlooked, like flowers where one wouldn’t normally expect to find them. The patchwork quilt of green leaves that is the canopy of trees spread out next to Loop 1604 near Nacogdoches. The palace of clouds spanning the horizon I happened upon coming out of class one evening. A lone primrose swaying in the breeze. In these moments, I think of nothing more than, Wow! That’s beautiful!
The sound of my mother’s voice when she’s not displeased with me. The sound of yours in the same situation. In those moments, I have not failed you. I can do no wrong. It’s as though all the mistakes I’ve made are forgotten.
The rare, barely conversational phone call from my younger brother out of the blue. The one that comes so unexpectedly, not because he needs something, or I’ve called and he’s calling back, but the one where he just wants to say, Hey. How you doing?
Letters in the mail, instead of bills.
Conversations where I say everything I mean to say, exactly as I mean to say it and I’ve not offended anyone. Here, a smile suffices.
Full tanks of gasoline. There is this sense of glee. I can go anywhere I want to.
A phone call from a man in whom I’m romantically interested. Good dates. Days when I’ve found the courage, when I’ve thought enough of myself to ask a man out and he’s said, Sure.
In short, I think this life isn’t so bad after all.
for the first inquisition essay, go here.

One response to “the second question”