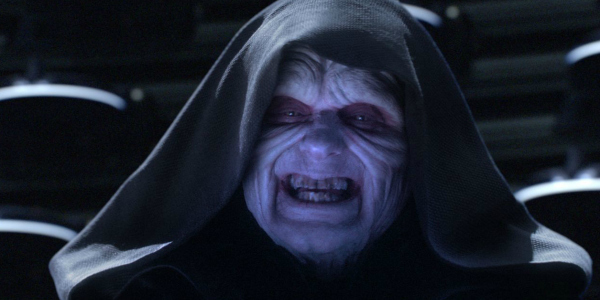 so somebody did that to ian mcdiarmid’s face for the star wars saga, but that’s not worthy of recognition. 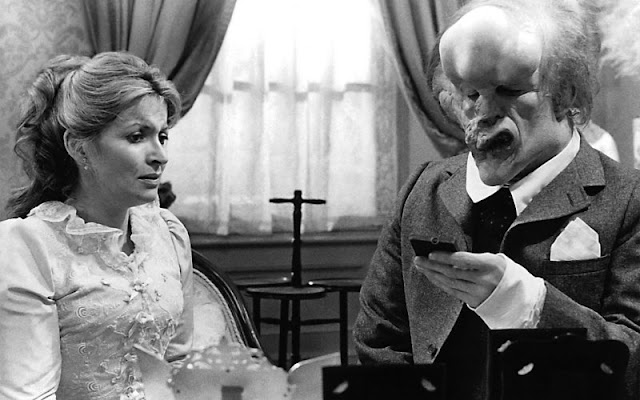 and someone transformed john hurt into joseph merrick in the elephant man, but that’s not worthy of acclaim, either.

now i’m not saying either of these films should’ve been winners with regard to make-up (ahem… they should’ve been… think of all the cool things they did with leia’s hair!), but don’t you think they should’ve at least been nominated? i mean, it’s not like there were already too many nominees and one or two more would’ve looked ridiculous.

in nineteen eighty-two, these were the nominees for best achievement in makeup and hairstyling:

in eighty-four, none were nominated. NONE. in four instances there’ve been only two nominees. in ninety-nine, there were four. otherwise, it seems there can be only three.
i take issue with the iron lady winning over harry potter and the deathly hallows in two thousand eleven and with the grand budapest hotel beating guardians of the galaxy in fourteen. i take issue with the slim pickings. given the nominees and the lack of choice, i’m forced to say the academy seems to be pretty fair with regard to selecting winners here.
but yall, it’s basically the same damned people getting the prize. rick baker’s got seven oscars: an american werewolf in london; harry and the hendersons; ed wood; the nutty professor; men in black; how the grinch stole christmas; the wolfman. greg cannom and ve neill each have one for mrs. doubtfire; cannom’s got two for bram stoker’s dracula and the curious case of benjamin button, and neill has two for beetlejuice and ed wood. david leroy anderson has oscars for the nutty professor and men in black. yolanda toussieng won for mrs. doubtfire and ed wood. michelle burke’s got oscars for quest of fire and bram stoker’s dracula. didn’t i mention most of those films already? YES, yes i did. mark coulier’s got those oscars for iron lady and budapest. BAH. and then there’s richard taylor who has two for lord of the rings: the fellowship of the ring and return of the king. YAY.

which brings us to this year’s meager crop of contenders:

i want star trek to win, but it’s probably going to be suicide squad. i can’t quite figure out why that first one’s even an option. somebody made ryan reynold’s ugly as fuck, but let’s not give that any consideration. let’s go for this ove dude, instead. (and here’s where i piss off everyone, right?)

the best instances in which the academy got it right: mask; mrs. doubtfire; the lord of the rings.