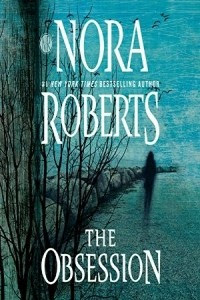 why i wanted to read it: because it’s nora roberts, and i used to LOVE everything she wrote. i used to be able to pick up one of her books without fear that it would suck. and then they started sucking. when this book first came out, i read its beginning while waiting at heb for a prescription to be filled and loved it. i thought, hot damn, she’s back to being badass! i didn’t buy it then. but i had it on my to read list. so when i’d gotten through the regular round of erin’s book challenge and got to make a bonus list, i chose this book for the favorite author category.

what i liked: “you put something behind you, nome, it’s got eyes on your back. i’d rather keep it in front of me so i can see where it’s going” (page 61).

“best pals, birth to earth. well, earth’s a ways off, unless you kill me with that tire iron, but we’ve known each other since before we could walk. but you can call him, get my bona fides if it’ll loosen the grip you’ve got on that thing” (page 100).

satisfaction covering his face, kevin looked around. “it’s coming along.”

shoulder to shoulder, xander looked around the same space. “to what?”

…its owner — his ninth grade american history teacher — still didn’t believe he knew what he was doing. about any damn thing.

and never let him forget he’d been suspended for hooking school.

something that made no sense to him then or now. suspension for hooking was like a damn reward (page 266).

(this is just an aside… if your father’s the superintendent and your mother’s a retired teacher, suspension would most definitely NOT be a reward. AT ALL. EVER. IN A N Y SCENARIO. not that i ever got suspended. but i was in after-school detention a lot. i seem to recall a saturday one a time or two or three. memory’s quick to remind me of my mother’s expression in those instances… and i’m grateful my father worked so much so that i rarely had to see his then. i hate to think what sort of expression suspension would’ve created.)

work drove them both — hers in art and imagery, capturing moments and making them speak. his in behavior, in rules, in an endless quest to find out why (page 332).

her brother agreed to stay the night, he thought, because he expected to find a body in the morning (page 358).

“i’ve got to ask. how serious is it with you and the mechanic?”

“you say that like he doesn’t have a name.”

“i’m working on it. give me some room. my vagabond hermit of a sister suddenly has a big house in the middle of rehab, has a dog, and is sleeping with a guy i just met. it’s a lot in a short time” (page 359).

“sometimes people have roots so corrupted, they shouldn’t try to plant them” (page 391).

what sucked: so there’s that awesome beginning, right? the first three dozen pages, they’ve got the terror and intensity of a category five hurricane bearing down on the southeast corner of texas — a horrible flood plane, a swamp that can never hold water. and then the storm passes, and the skies clear, and you’ve got beautiful, boring weather for like a month, maybe two. there’ll be little squalls here and there, but that’s it. this story is EXACTLY like that. the ending, which should be so much more grotesque, so much more horrific than the beginning, it’s not. at ALL. it’s like she got tired of writing. for three dozen pages, i was reminded of how great a storyteller nora roberts once was. and then she reverted back to her lazy self. i used to could read one of her books in a handful of hours. it took me a week to read this one.

also… and this could be because my critique group’s been getting onto me for relying too much on dialogue to tell the story, but… i used to love roberts’ novels because they were so heavy on dialogue. i didn’t have to read page after page of narrative. her characters literally told me the story. i love dialogue. it’s fun to write. i’m damned good at it. but like eighty percent of the story is dialogue. and the more i read it, the more i could hear my friends’ voices in my head… you can sum all this shit up in a paragraph instead of having pages and pages of meaningless chatter.

having said that: BLAH. skip it. you wanna read nora roberts stories? shoot me an email. i’ll send you a list.