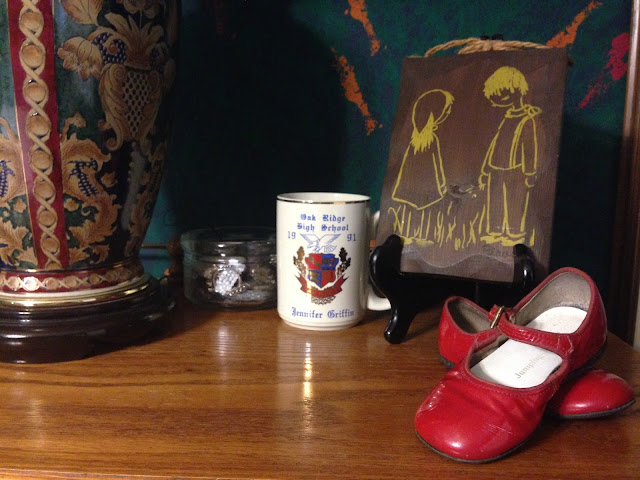 the other day a friend asked me to help her tweak an essay she’d been asked to write for her work. it was about repainting some metal planters, about how the task had enabled her to see that sometimes we are like those planters, weathered and rusted by life, and how when we let him, god can give us fresh coats of paint, restore our spirits.

i’ve mentioned that bible study in which i’m taking part before. in romans four, paul talks about circumcision. when i’d first read it, i thought that doesn’t apply to me. but then in the lecture, our group leader talked about how our hearts need to be circumcised, that the scar tissue makes it difficult to live like god had intended us. in romans three, paul says their throats are open graves… their mouths are full of cursing and bitterness… ruin and misery mark their ways.

these words have haunted me ever since. my voice will be the cause of my death. somehow. morbid, right?

today a woman came to ship something to a friend. she had shoulder-length, glossy, straight black hair, wore black-rimmed glasses, a black blouse with yellow details (i wish i could tell you what they were… flowers, maybe? but that doesn’t sound right) forming vertical stripes about an inch apart, bell sleeves, black slacks. she was blessed with beautiful features: good skin; symmetry; wide, dark eyes. her face was flawless. she was talking with my boss about how she’d just come from an interview, that it had gone well — the man with whom she’d spoken had said that he liked her and wanted to hire her, but he had to conduct some other interviews and would be in touch. and then, maybe five minutes later, she said he was probably going to hire her because she was pretty… and how she couldn’t help that.

i was jealous. i was also angry. i know i shouldn’t be.

it took me the better part of a year to convince my boss he should hire me. this woman has an interview that probably lasted no more than fifteen minutes, and she will most likely get the job because she’s pretty. when she’s in conversations with men she won’t reveal that she has a boyfriend. she takes advantage of her beauty. she uses it. i think that’s what makes me the angriest. it’s a tool to her. she wields it like a weapon.

how many of you do that? how many of you brag to others in front of women who aren’t as blessed with physical beauty? i had to leave the room because i couldn’t stomach the conversation any longer.

i’m writing this in my room, surrounded by the things i’ve collected and received over the course of my life: the chicano visions book sent to me by cheech marin’s public relations team for his latin art exhibit, the prints and paintings i got from my grandmothers, the woodwork fashioned for me by my great uncle, the stories in which i have immersed myself… tales that have taken me out of my often bleak internal landscape — as unsettling to me as my reflection is — the hope i’ve found in them, however shortlived it may be.

but the things to which my eyes are most frequently drawn are the red patent leather shoes my mother thought i might like to have in my room. shoes worn in my toddler years. shoes worn when i could barely walk. shoes worn, most likely, with ugly metal braces that she was quick to throw out once i no longer needed them. i am reminded how lucky i am that i can walk… because so many with medical histories like mine can’t. those shoes… and that ivory ceramic mug bearing the crest of my alma mater and the year of my graduation from high school. i am reminded of the teachers and the principals who thought i would fail to do so. most of the time, i look at those two things and remember my strength. most of the time it works, and i regain my balance, my perspective.

those fights, though… struggling to walk and learn the state-mandated curriculum… those were easy. those were good.