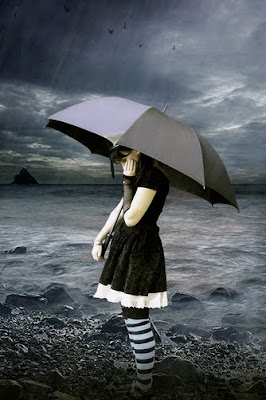 What would you say your worst trait is, and why? — David
I have made so many horrible choices because I have not been brave enough, strong enough to make the right ones. I have not usually thought enough of myself to obtain those things that I’d most like to have. On the rare occasion that I do think enough of myself, and I find my courage to try and obtain them, I end up asking for those things in an awkward manner, either by phrasing my request in clumsy language or using a voice that lacks volume and wavers tremendously.
I cannot distance myself, the woman I have become from the child I once was. I fail to see how the two are so different.
My mother thinks I’m the strongest woman she knows. I think I am the weakest woman I know.
I never learned to believe in myself. And when one cannot believe in herself, she can never be secure enough in her world. She can never be brave enough.
for the seventeenth inquisition essay, go here.
did i say there were twenty questions? i lied. it’s been quite some time since i’ve looked at this project. there were two dozen of’m. the question erw posed in the comments of the first essay’s post makes twenty-five. so this will go on a bit longer. hope you don’t mind. :]

5 responses to “the eighteenth”