the bookshop on the corner 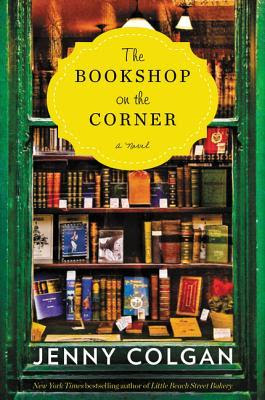 why i wanted to read it: it’s a book about a gal who owns a bookshop. i was a bookseller for eight years. why wouldn’t i want to read that?

what i liked: “i never understand,” he said, shaking his head, “why anyone would go to the trouble of making up new people in this world when there’s already billions of the buggers i don’t give a shit about” (page 102).

“i’ve noticed something else,” said surinder.
“what?”

“you haven’t got a book in your hands.”

“well… i’m just about to go to the book van. with all my lovely books. and then i’m going to go out and sell some books.”

“i know. but you didn’t read a book over breakfast.”

“we were drunk and it was four o’clock in the morning.”

“you’ve stopped clutching one everywhere like a security blanket.”

“nothing is wrong with reading,” said surinder, “as i have told you a million billion times before. but it finally seems you’re doing both. read/live/read/live. and proceed, et cetera” (page 159).

“yes, you told him you were leaving him so that you could take on the world and go out and do lots of different things, then you sat upstairs in your bedroom reading for the next eight years” (pages 186-187).

“you look nice. as if you’ve taken off your cardigan for once.”

“your metaphorical cardigan. your librarian’s cardigan. it’s as if…” this was a long speech from lennox, and he seemed to be flailing a little bit. “it’s as if you pull something around yourself, make yourself look smaller and more insignificant. than you really are.”

“i think i just stopped seeing books around,” the man went on. “you know, on the bus, everyone used to read books. but then they were fiddling with their phones or those big phones, i don’t know what they’re called.”

“they were probably reading on their tablets,” said nina loyally. she loved her e-reader, too.

“yes, i know,” said the man. “but i couldn’t see. i couldn’t see what they were reading or ask them if it was good, or make a mental note to look for it later. it was if suddenly, one day, all the books simply disappeared (page 260).

pretty much all of chapters thirty through thirty-six. lennox. nina. the farmhouse and barn and scotland. the bookshop in the van.

what sucked: marek, and the storyline tied to him. the first hundred pages. the name surinder — seriously. WHY?

having said all that: i liked it well enough. those last six chapters save it from mediocrity. but dear god, getting to them is a chore.