i call this one random, but it’s not, really. in fact, these haven’t been random in a while (i think i’ve run out of random, actually). but one of my blogging friends loved these posts. she’s no longer with us, and i’m saddened by this because i’d enjoyed her friendship. she loved them. and i could use some happy thoughts, so… a chronological list.

one. march, i think. fourteen years ago. borders at meyerland plaza. i was working the five a.m. to two p.m. shift as a shelving clerk. my direct supervisor was not a nice man. the commute, the hours, the work, the man’s lack of respect for me… all of these things had been eating at my sense of job satisfaction for several weeks. this, paired with depression, did not bode well for my mental or physical health. i hated coming to work, i felt like crap all the time, and i was on the verge of quitting. i’d volunteered for shelving crew in october. the hours, once eleven p.m. to ten a.m.. had seemed ideal: i could write in the evenings, work and then sleep. the general manager had said it would only last until january. i hadn’t realized he’d meant the hours. they changed in january. so i was working when i usually was sleeping. i wasn’t writing; i was barely eating, barely sleeping. the happy, then, was the note i’d found in my box when i’d come into work one morning. the general manager was away for an extended bit of time. the inventory manager had been promoted to interim general manager. she’d left the note: come see me. and the first words out of her mouth were: i’m pulling you off shelving crew. i about wept right there, i was so overcome with relief.

two. november, i think. that same year. borders again, but this time at stafford. i had just come in from a smoke break. i’d loaded up a library cart and hauled it to the science fiction section and begun shelving. (the same woman who’d saved me from the shelving crew that spring… she’d been promoted and assigned her own store. i had left the company in june–when that store’s general manager had returned, he was not pleased that i’d returned to day shifts, and his treatment of me reflected that displeasure, and i’d had enough. when i’d learned that she’d gotten her store, i went to work for her). my general manager found me and said come smoke with me. i’d replied that i’d just returned from a smoke break. she insisted. so we sat out on the patio, and she discussed with me the trio of promotions she had available for me. that she’d thought enough of me to even discuss them was a pleasure. that she gave me a choice… i’ve never felt so welcomed, so respected.

three. borders again. stafford. i don’t remember when. i was the front of store lead clerk, responsible for all the tables and bestseller/local interest/new release bays. i was damned good at my job. i knew it. my general manager knew it. but she’d told me after a corporate visit that our store had the best front of store in houston.

four. june, two thousand one. borders again, but this time in selma, texas. opening a new store. that was so much fun: new fixtures, new books, good music, no customers.

five. the best first date: thursday, march twenty-first, two thousand two. fours hours at international house of pancakes (with a quick jaunt to mcdonald’s and texaco for fries and drinks). the first time i’d ever felt comfortable with a guy. also, the man said i was gorgeous. me. gorgeous. i’d been wearing a gray, long-sleeved american eagle rugby t-shirt, ragged, boot cut gap blue jeans and my docs. i wouldn’t’ve used the word gorgeous. that he did thrilled me.

six. august. that same year. my victorian literature professor introduced me to the best book i’ve ever read: charles dickens’ our mutual friend.

seven. october. same year. victorian literature midterm. i remember sitting in the class for quite some time at a loss for what to write. i’d sat in the front row near the door on the first day, and my classmates and i’d kind of kept to sitting in the same spots. so i’m sitting there with my blue book opened, twirling my pen with my right hand, propping up my frowning face with my left. and my professor looks up at me, then looks pointedly at my blue book and makes like he’s writing. i remember grinning at him. and then a few minutes later, the idea for my essay came to me. i was still scrawling on those pages when it was time to turn in our tests. i remember him telling me later that he’d been surprised by how good my paper was. that he hadn’t realized it was mine until after he’d finished reading and scoring it. that he’d been happy that it was mine. i was happy to get the a plus. i’d never gotten one on a paper before.

eight. november. same year. this same professor  came into class, pausing before he’d gotten to his desk to slip a white letter sheet of paper underneath my notebook. i’d pulled it out and read. information about the university of illinois at urbana-champaign, about some masters program (an mfa in writing, i think) for which they were hoping to increase their student body. he hadn’t looked at me (at least i don’t think he had). he hadn’t even really stopped. it was very fluid, this encouragement of his. quick and understated. he’d opened the door and breezed in, withdrawing the paper from his and slipping it under mine without breaking stride. i remember my thoughts had been on that slip of paper all day instead of my studies. it was the first time in a long time any professor had offered any kind of encouragement.

nine. december. same year. my linguistics professor had asked us to fill out index cards about the classes we’d planned to take the next year (or something like that), our academic goals… that sort of thing. i written on my card that i wasn’t going to be in class next semester. writing that had made me sad because i’d thought of my parents and how they hadn’t wanted me to take more classes. and she’d asked me after class had been dismissed why i wasn’t taking any in the spring. so i told her. and she’d looked appalled and had exclaimed you’re so bright! you should be in school! her faith in me, paired with that of my other professors that semester, was exactly what i needed.

ten. january, two thousand three. basalt, colorado. the last christmas at the cabin. my brothers and i didn’t fight once. it was also the last time we’d all be together for a vacation.

eleven. april, two thousand five. the woodlands, texas. i’d applied for an editorial assistant’s gig at a weekly newspaper. i was living in san antonio, but i wanted to come home. to do this i needed a job, and hunting’s not my specialty. somehow i’d scored an interview at this paper. i donned a yellow blouse and a gray suit and headed for the editor’s office. i sat there gripping the chair while she told me about the job. i remember thinking this sounds sort of perfect. and when she’d finished talking, i blurted out (in this painfully shy manner) can i have it? she studied me for a moment then said, yes, i think you can. 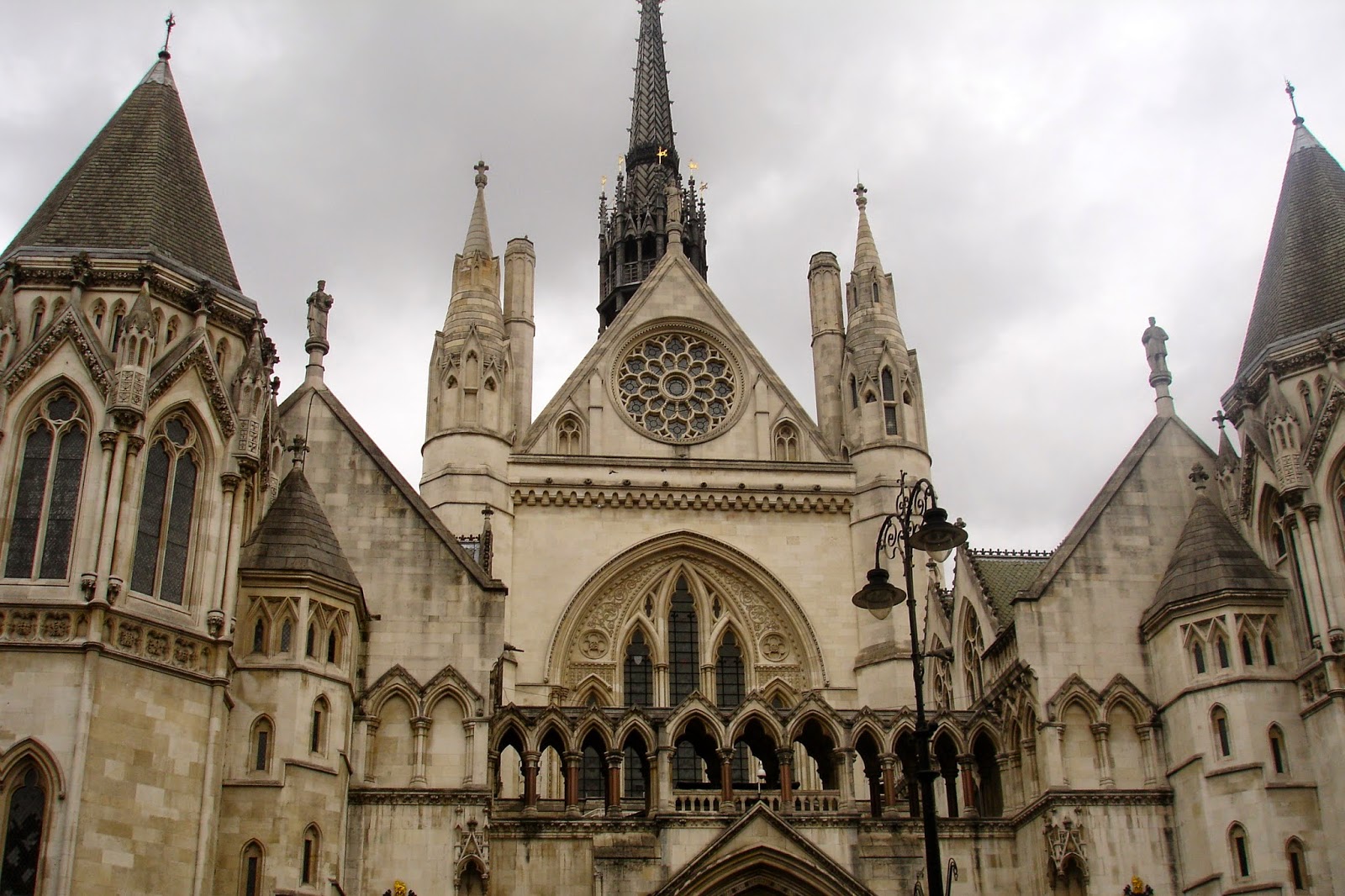 twelve. july, two thousand seven. london with maria. best vacation ever. the best part, aside from her company, of course, was touring the churchill war rooms.

thirteen. july, two thousand eight. the second best date: dinner at tommy bahamas. i looked GOOD. i’d been working out, i’d quit smoking, and i’d dressed well (thanks to anthropologie). and i’d been wowed by the dude. i hadn’t expected it. i’d met him online, and in the pictures he looked cute, impish. made me think of puck and peter pan. in person, he was much more impressive. but more, i hadn’t considered that another dude could do that.

fourteen. july, two thousand nine. hiking alone in wales. there’s a scene in two thousand five’s pride and prejudice in which keira knightley’s elizabeth stands on a cliff overlooking the countryside, reveling in the breeze, in the independence, the peace. i’d been walking toward hay’s bluff, near hay-on-wye. i didn’t make it to the top, but that’s okay. there was a point when i turned and saw this view and reveled in the breeze and knew contentment. i was actually really glad to experience that by myself. had i been with friends, i wouldn’t’ve been able to do so. 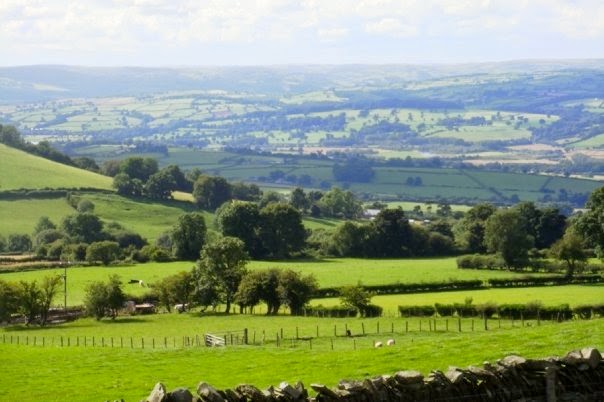 sixteen. august. same year. writing this one. maybe i’ll never become a successful novelist. maybe nothing of mine will be in print the way i’d hoped. but i’m damned proud of those two pieces. of my ability to take pain and make something pretty with it.

seventeen. june, two thousand ten. the hike to neuschwanstein. it was a bitch climbing that mountain. but the view… and then that castle. i’d never seen anything so beautiful in my life. 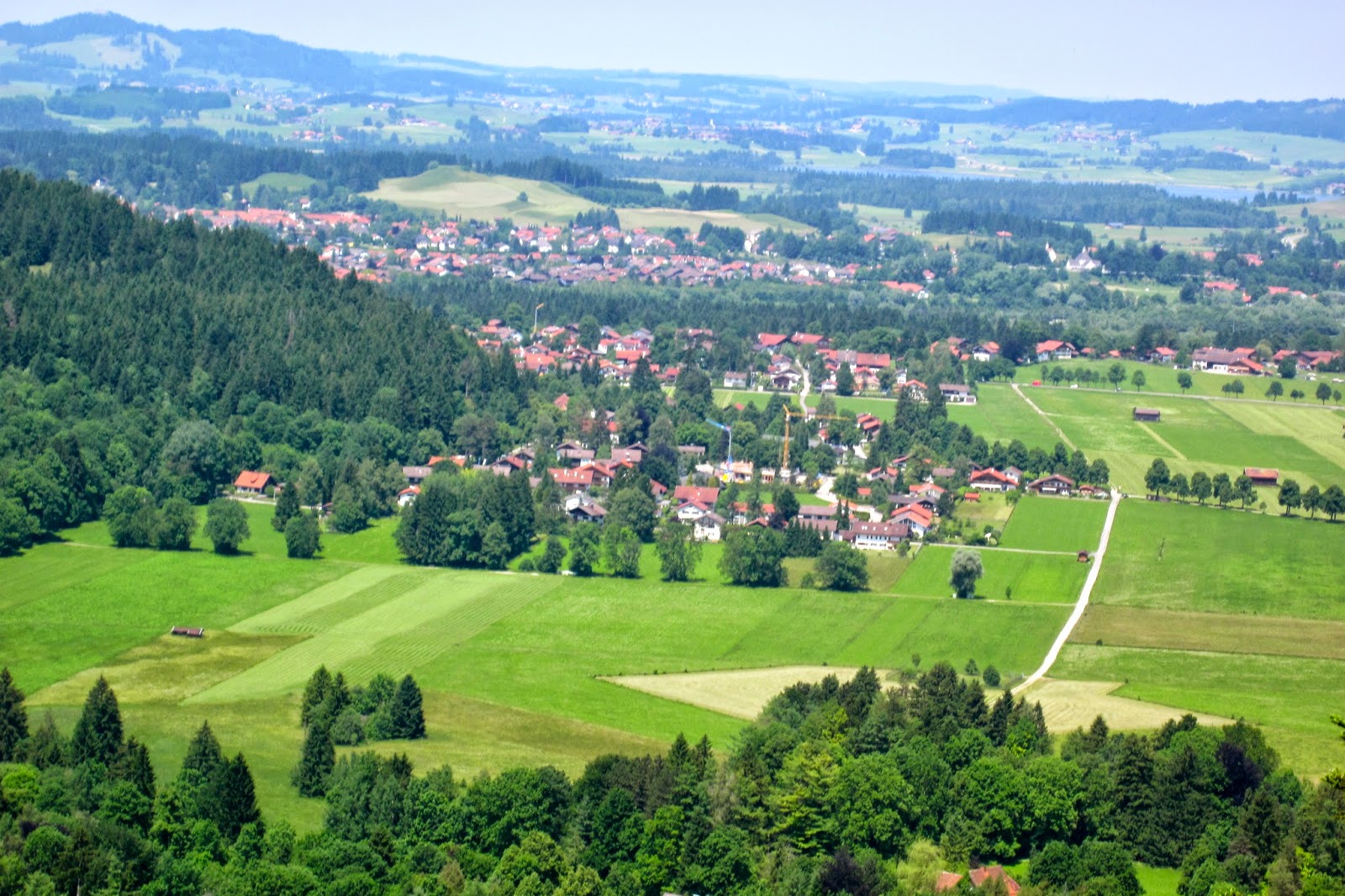 eighteen. november. that same year. college station. specifically kyle field. east side, first deck (NOT in visitor territory). the aggies had lost to the razorbacks and then the tigers (worst game EVER… at least that i’d seen in person. i’d never seen that field so dejected). they beat the jayhawks (big deal). they beat the red raiders (yay!). then they beat the sooners (hot DAMN)!! and the bears! THEN they beat those silly cornhuskers from nebraska. it was BEAUTIFUL. i’ve never yelled so loud in my life. 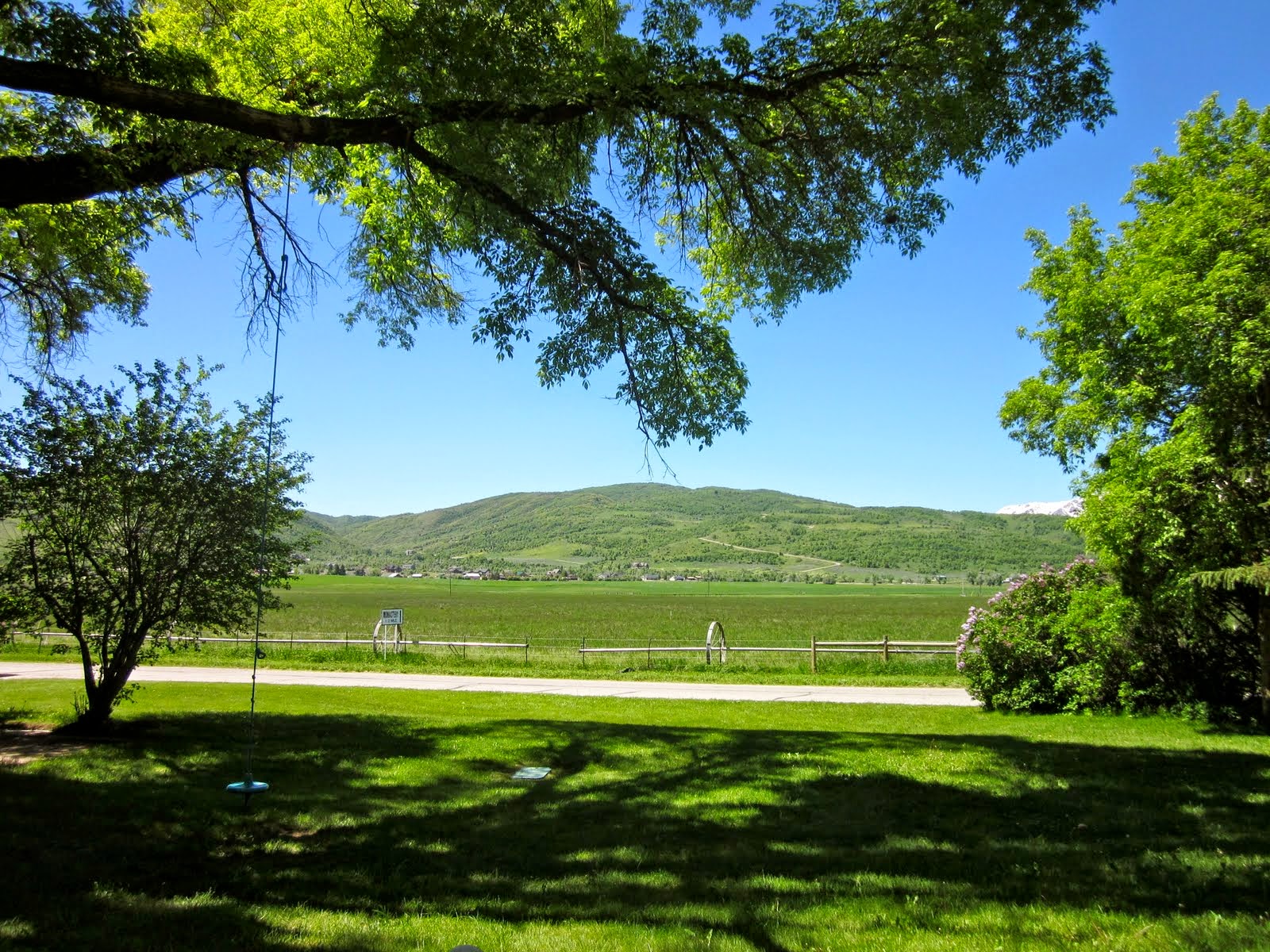 nineteen. june, two thousand eleven. sitting outside the guest house at the abbey of our lady of the holy trinity in huntsville, utah, under the shade of that box elder tree and enjoying that lush, peaceful view, the breeze, the cooler climate and the company of my mother’s family. (also, we’d gotten there in time to see the lilacs! that hardly ever happens.)

twenty. december. that same year. and they say the leaves don’t turn in texas. i call bullshit. 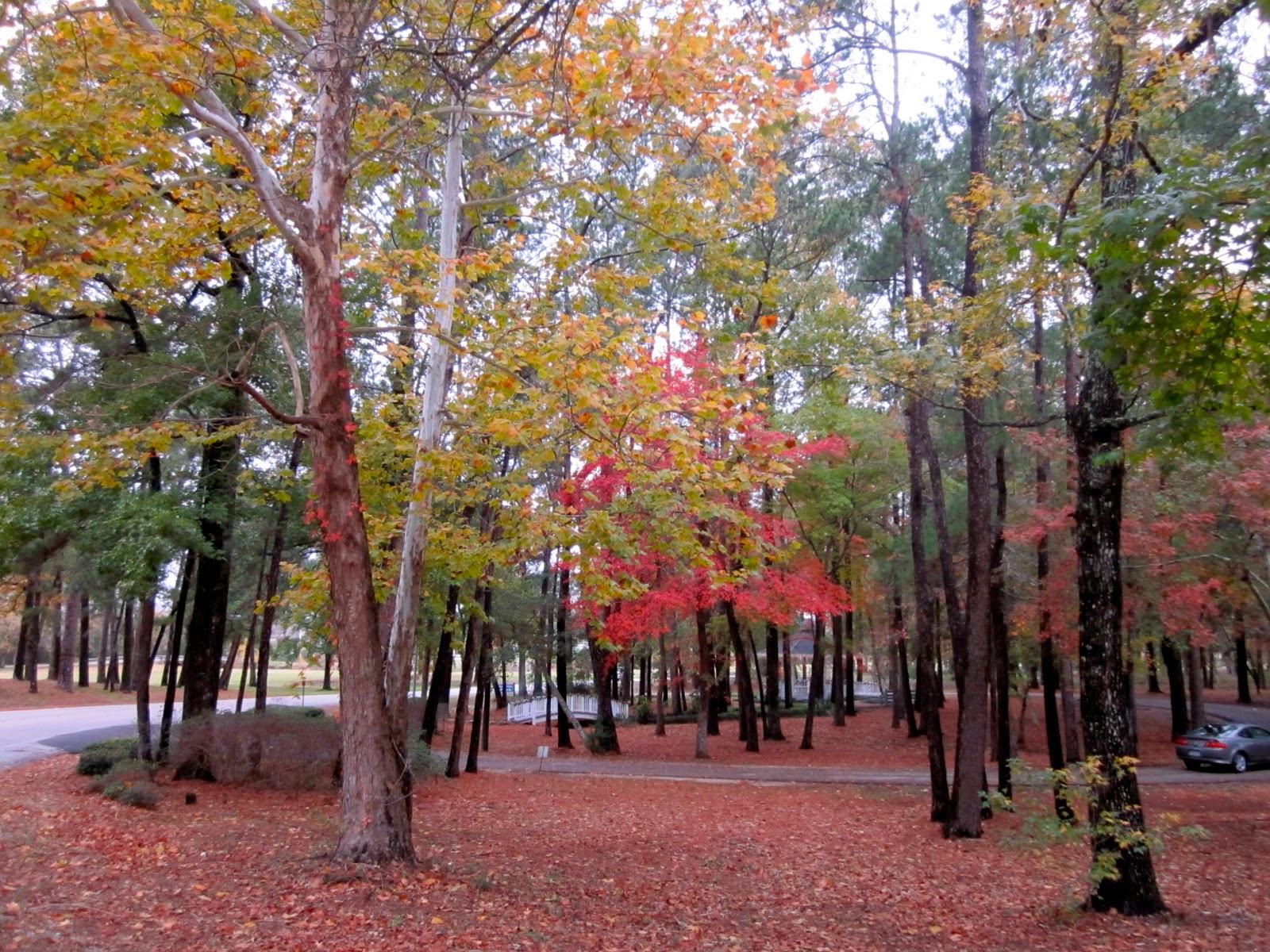 twenty-one. i can’t tell you when i wrote this, but it’s one of my favorite pages in the novel with which i’ve been tinkering. i did good, here. at least, i’m proud of it. that’s all that matters.

twenty-two. february of last year. i read the language of flowers. it’d been a long time since i’d loved a book.

twenty-three. april. that same year. i read the fault in our stars and loved it, too.

twenty-four. june. same year. i didn’t think i could love a book more than i loved fault, but then i read eleanor and park. i fell in love with this one on the first page. that hardly ever happens. i mention these stories because they keep me in love with my craft.

twenty-five. bugging the boys and girls at pappadeaux’s. like today. today’s a good day for that.