one. so the first thing i do when making these posts is type out the one through twenty-five bit because if i do it that way, then i don’t have to do control b as much. then i go back and type the things. today, i got so caught up in typing the numbers that i was on twenty-seven when i realized i could stop.

two. this the fifty-first rq post. actually, i’m sure there’ve been more than that, but i went through and killed about seven hundred posts last year, and some of those were probably rq’s from way back when. picky’s been around for more than a decade, yall. i can’t keep everything. i can guarantee you i wrote more than two posts in two thousand eight, and there’s nothing from five, six or seven. so yeah. there were probably more like sixty or seventy of these. whatever. the first rq post was composed on april twenty-fourth, six years ago. the one with the most page views is this one (one thousand, two hundred sixteen); the one with the fewest is that one (thirty). in the former, all of that is still true, save for number four because i can’t fix phineas. he bought it two years ago this month. i’m still sad about that.

three. i am about to make the third call today to the cable company because i can’t watch my recorded shows and do netflix and all that jazz… i am unthrilled. mostly because they ask for the best phone number at which to call you should they get disconnected, but they don’t call you back when the call’s broken, so you have to repeat the same complaints AGAIN. the third one, though was successful, thank god. something’s busted in a box. imagine that. and they may be out today to fix it. maybe.

four. i have watched sixteen of the twenty-five films i’d chosen for this year’s film challenge. i can’t say for sure, but i think that’s the greatest number of films i’ve seen by midpoint. i’m kind of proud of myself. i’ve never finished my own damned challenge. mayhaps i’ll do it this year!

five. and then there’s erin’s book challenge. i’ve read FIVE books, which IS the most i’ve ever read of my selections for one of her challenges. the thing’s over in two weeks. i might get one more in. maybe two. but ain’t no way i’m finishing that one. sorry, lady. there’s always the next one…

six. the aggies have won six games. they are undefeated. they are ranked sixth. it is a beautiful thing. that said… the first half of their season’s a cakewalk compared to the back half. bama’s next. as in next weekend. at bama. we’ve beaten them there before. maybe we could do it again. that sure would be nice. then we could be eight and oh because the next team is like new mexico state or something… aggies vs. aggies. there can be only one, dammit. and ours have a ninety-nine point five percent chance of victory. the bama game, though… the chance of success there is MUCH smaller. something like twenty-nine point three percent.

seven. so something really weird happened with picky this year. i can’t figure out it happened. of the posts that survived the great culling, the one that’s had the fewest views is called hate hates hating. i’m kind of glad i’m doing this rq post today, that i’m checking out the page views and whatnot because it made me revisit that particular post. and in light of the one i’d written the other day… i’m really glad i looked at this one again because it reminded me that that’s how i need to pray. after giving thanks and asking for help for my friends… the simple request in that post is good enough. not that i’ve not made the request since. not that i’d forgotten writing that post or coming to that realization… but i forget a prayer doesn’t have to be fancy. it doesn’t have to be specific. it can be as simple as the italicized words i’d written then.

anyway… the weird thing… i culled a few more posts a month ago, so there are a little less than five hundred picky posts now. if you break’m down into hundreds…

the last batch (june to june, two thousand eight to ten):
eight posts have fewer than ten views;
sixty-one have between ten and ninety-nine;
eighteen have greater than one hundred

the numbers for the next three hundred posts are fairly similar. the first batch, though…

the most recent one (may of fifteen to now):
twenty three posts have fewer than one hundred views;
sixty have between one hundred and a thousand;
sixteen have more than a thousand

SIXTEEN. in the other four hundred, there’ve been only two that have amassed that many: n is for neapolitan (one thousand one hundred twenty-three) and that rq post mentioned earlier. i can’t figure out what i did to incur the spike cause i’m pretty sure i’m not writing about anything differently.

of course now the numbers are settling back to normal. maybe it was just this fluke thing. it’s just that i never figured any post of mine would get that much attention. and i get it. there are bloggers out there who have posts that get hundreds and hundreds of views on a regular basis. so i probably sound silly talking about this… 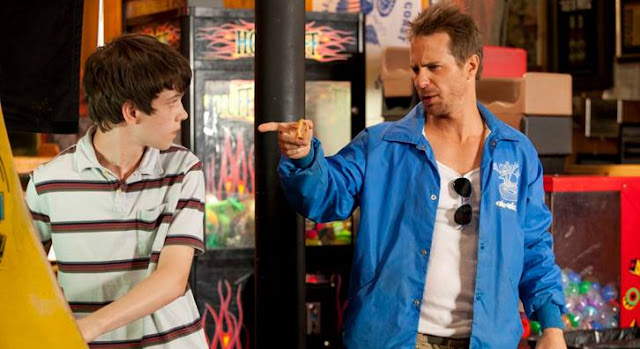 eight. am watching the way, way back for probably the thirtieth time. i am not a sam rockwell fan, but there is no one who could do the character owen better justice than that dude. my older brother was kind of like owen. maybe that’s why i like this movie so much. i say kind of because my brother was pretty damned particular about how he dressed, but for the most part… i can see my brother doing a lot of things owen does in this film. i miss my bubba.

nine. i can’t stand steve carell. nothing makes me loathe him more than his character trent. the guys i meet, they’re like trent. i’d really rather find one like owen. and i know, considering i’d just said he reminds me of my brother, that sounds weird, but… the guys in my family are pretty awesome. sue me for wanting someone like them.

ten. i had all these shows and films saved to the dvr. like an episode of a football life that focuses on steve gleason’s interest and effort in climbing machu picchu. it was a damned good episode. it’s gone now because the cable guy had to replace all our damned boxes. so… no more shows. i had to go through and reset all the shit. bah.

eleven. my mom makes baby cupcakes out of yellow cake and cinnamon and sugar. it only took me three tries but i’ve managed to nail that shit. there’s like a science. you have to tweak the recipe a bit, beat it differently than what it says on the box, bake’m for just the right time (NOT the eighteen minutes it says to do on the box), mix just the right amount of cinnamon with sugar and soak’m in just the right amount of butter then the cinnamon stuff. the first batch? not so good. the last batch? badass.

twelve. i’ve told yall before it takes me hours to write these posts. that’s because sometimes i’m like… what. the. fuck. i’m only on number twelve??

thirteen. i hate job hunting. i hate how small i feel. that i try for the jobs that interest me and end up working in retail. i really don’t want to work retail EVER AGAIN but it’s looking like that’s about to happen.

fourteen. and then i hate hating on retail because it’s honest work, hard work. and who am i to belittle that? it’s just that i don’t want my work to be just a job. and that’s how i see retail. it’s just a job. and a i’m just a girl. working a just job makes me feel more like a just girl. and i really don’t wanna feel like that.

fifteen. i have kept my room clean for a whole three days! i swear to god this is a record.

sixteen. my bank account’s had less than twenty bucks in it for two weeks. i’m pretty sure that’s a record, too.

seventeen.  i’ve been having trouble sleeping. it took a clonazepam, two unisoms and watching the actors’ commentary of the first half of the director’s cut of fellowship of the ring to get me to sleep last night. i dozed pretty much all night. i know this because at some point, i had to start the thing over. 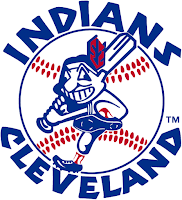 eighteen. baseball doesn’t interest me so much. until i’m sitting at republic grille (filling out a job application) and watching the cleveland indians beat the boston red sox. yeah. YEAH. the INDIANS. that team that was featured in major league beating that team that was featured in fever pitch. that got my attention. because how in the hell did that happen? and then one of the servers is saying some shit about how the series could come down to the indians and the chicago cubs. THE CHICAGO CUBS. i feel like shit’s horribly off its axis.

nineteen. six more things… i’m over flo the progressive gal commercials. those need to end. so do the ones for sites like match and eharmony. and credit cards. and the goddamned lincoln ads with matthew mcconaughey.

twenty. i want to take a road trip across the low-lying lands of louisiana. i lived in that state when i was nine. for like six months. it sucked. i can only blame the interest in going back there on the fact that i watched deepwater horizon the other day, and i liked how the land is spotted along the coast in places. kind of like it is in north carolina. i’ve not really taken a road trip in about a year… since north carolina. maybe i’m in need of another. after i get a job, of course… and when i manage to get some time off. funny how i have the time now, but not the funds. and when i have the funds, i don’t have the time.

twenty-one. that movie, by the way… of those mentioned in this post, that’s one yall definitely need to see. ain’t no excuse for you not to.

twenty-three. that first movie mentioned has finished. now i’m watching the reboot of macgyver. well, the fourth episode. because i lost the first three before i could watch them (because i wasn’t that excited about this particular program, so i was saving them for when there was absolutely nothing else to watch), and while the cable guy could fix the cable, video on demand shit’s busted. but apparently that’s busted for a bunch of people. i grew up with richard whatshisface playing mac. it feels weird to me to see this other dude playing the part. it feels weird to see henry winkler listed as an executive producer, too. that’s the fonz, yall. i grew up watching him slicking his hair and snapping his fingers. this shit makes me feel REALLY OLD. anyway, this show? not so impressive. i can’t see it lasting a season. 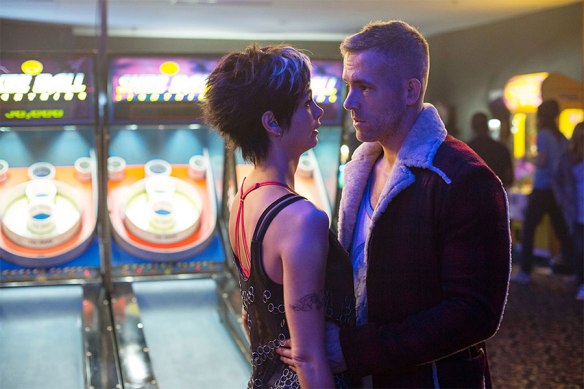 twenty-four. i watched deadpool (one of the many things i had saved that is now GONE, dammit, because the more i think about that movie, the more i like it) the other day. there’s some damned fine dialogue in that flick.

twenty-five. i wanna be scrawny again. i also wanna eat like three bowls of honeycomb. guess which one’s more likely to happen?