stephanie posted about questions you didn’t ask today, borrowing from two hundred questions she’d found. i thought i’d use some from that list as prompts for an rq post. 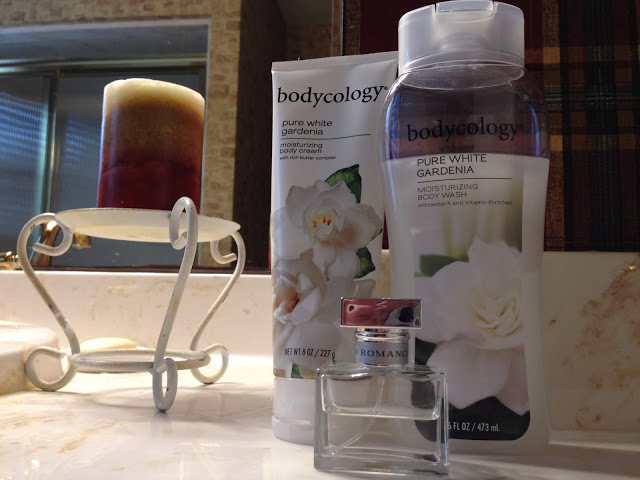 one. what is one of your favorite smells? gardenia. it’s hard not to feel pretty when i’ve used bodycology’s pure white gardenia bath products. pair that with ralph lauren’s romance, and i feel fine (at least for a little while… the trouble is, i don’t use this stuff every day. maybe i should).

two. what lie do you tell most often? i’m good.

three. if you had to change your name, to what would you change it? the one i’ve got suits me pretty well: jennifer kristin. lots of i’s in my name, and for a gal who is as selfish as i am… also, jennifer is the cornish derivation of the welsh guinevere. i’ve welsh ancestry (damn proud of it, yall), and i’m as weak as guinevere was. but if i absolutely HAD to change it… i would choose elin (the welsh spelling) josephine, after my paternal and maternal grandmothers.

four. how do you get in the way of your own success? i let people’s opinions of me matter; i believe what they believe; i assume that if someone more beautiful and bright and brave had come up with the idea for a thing, it would fly far and fast, but because i came up with it, it’ll fall flat and i’ll be humiliated or ignored; i let my anger at injustice and envy at others’ successes color my logic. i’ll think i’m better than someone and that they succeed because they know the right people; i know plenty of the right people, but many can’t be bothered to help, and i know it’s because i’m not beautiful and bright and brave, that if i were, they’d be clamoring to give me a hand. i’m angry. that’s how. i’ve been angry since i was eight. it kept me alive for a long time, that anger. it’s keeping me here now, but i’m stranded. i don’t care much about fighting anymore. i wish i did.

five. to what stereotype do you completely live up? that mentally and physically disabled individuals can’t contribute much to society and should be hidden away.

this about aries from darkside zodiac by stella hyde:

punctuality
you are either thirty minutes early, raring to go, and incandescent that everyone else is late, or you turn up four days later at a different venue and are outraged that the expedition left without you.
toothpaste
after a five-minute rant in the bathroom when you throw everything out of the window looking for your tube of toothpaste, you finally find it in the laundry basket. you hammer it flat with your bare hands.
temper gauge
zero degrees to boiling point is instantaneous, and occurs roughly every two minutes because people just won’t do what you tell them, and you’ve lost the keys/hammer/remote control/plot.

yes, to all of this.

six. about what are you most insecure? my face and figure.

seven. what television show or movie do you refuse to watch? so many. television (and i realize some of these may no longer be running, but i’m listing them anyway because i can): the walking dead; family guy; american horror story; house of cards; breaking bad; vikings; criminal minds; sherlock; true detective; homeland; dr. who; dexter; lost; sons of anarchy; orange is the new black; better call saul; westworld; true blood; orphan black; the vampire diaries… movies: taxi driver; psycho; seven samurai; jaws; a clockwork orange; inception; the shining; lawrence of arabia; raging bull; the exorcist; once upon a time in the west; memento; pan’s labyrinth; war for the planet of the apes; split; transformers: the last knight; it; fifty shades of grey; girls trip; annabelle: creation…

eight. who’s your go to band or artist when you can’t decide on what to listen? usually u2 or van halen.

nine. what’s the one thing you did that you really wish you could go back and undo? it’s a tie. i regret each of these things equally. the first has to do with the only man i’ve ever loved. sometimes i wish i could go back to approximately nine p.m. tuesday, april sixteenth, two thousand two at carlyle place apartments at the intersection of babcock and callaghan roads in san antonio, texas, to the day i should’ve tried harder to shove aside the thoughts swirling — mine: how could you possibly have thought he would be interested in you? how could you have forgotten how ugly men think you are? how could you have been so goddamned gullible? why the fuck would he want to be with you when you know nothing about love and life? look at all the scars on you; stupid, foolish girl; theirs: no one will ever marry you because you’re too ugly and no one wants to wake up next to something that ugly every morning; you should go kill yourself because you’re a waste of valuable air and space and there are more important people who need it; ugly; stupid; worthless. i was twenty-eight. the day i’d met him, he had told me he thought i was gorgeous. i should’ve clung to that, but i couldn’t. i should’ve either walked away from him that day or found a way to deal with the insecurity, but i couldn’t. and since i couldn’t… approximately eight p.m. thursday, march twenty-first, two thousand two at international house of pancakes at the intersection of de zavala road and interstate ten in san antonio, to the day i met him and we gave each other tarot card readings and the cards said he would not be good for me (i wasn’t so stupid as to ask that question aloud, by the way, but my face was so stricken when he’d revealed that ace of spades that he’d asked about it… i knew better than to tell him. i should’ve walked away from him then. all those times i saw that opera carmen in my youth… i should’ve known to pay attention to the goddamned cards. it was his idea to do the reading, by the way. how weird is that? i’d thought it was a neat idea for a first date. i’d liked that we weren’t going anywhere special. i should’ve known we weren’t. i wish i had saved myself the heartache. i wish i had saved him from myself. i wish this didn’t matter, still. it probably wouldn’t if i could let myself really care about another man again, but i can’t. i loathe who i was after i lost him. i was the best possible version of myself… and then i was the worst.

that’s the first one that comes to mind. and i always feel guilty, and angry, that he’s first, when it should be my older brother and the day he tried to give me a proper hug. he always gave me one-armed ones. i wish i could tell you the day. it was after i lost the boy, before i learned that i could love my brother again. i was hating him for all the hurt he’d caused. i was at my younger brother’s house, and jon was there with us and our friends, and i was either coming or going and he went to hug me — a good hug, with both arms, tight tight as i call it to my niece and nephew, and i didn’t let him. i didn’t really hug him back. i gave him the kind of hug i’d come to expect from him. i wish i could have held onto him a little better.

ten. on what topic could you give a forty minute presentation with no preparation? either what it’s like to deal with depression on a day-to-day basis or how to ace an essay.

eleven. what are you afraid people see when they look at you? how flawed i am, how much i lack.

twelve. what is one thing you really want but can’t afford? major dental work. 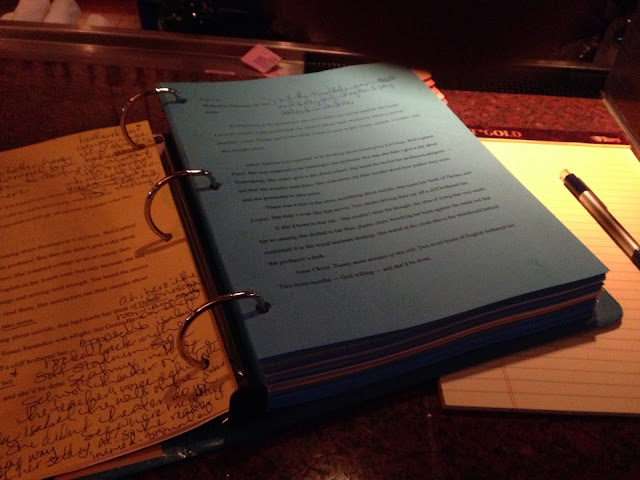 fourteen. what did you think you would outgrow but haven’t? an appreciation for kraft singles cheese slices and premium saltines. it’s still my go-to comfort food, and i always feel like a little kid when i’m eating that stuff.

fifteen. what keeps you up at night? shame and inadequacy and fear.

sixteen. what is something you will never do again? fall in love.

seventeen. what’s the best thing about you? talent, tenacity and resilience.

eighteen. which of your scars has the best story behind it? the ones behind my ears and along my hairline. surgeons took my face off twice when i was a baby.

nineteen. if you could make one rule that everyone had to follow, what rule would you make? respect others’ personal space. 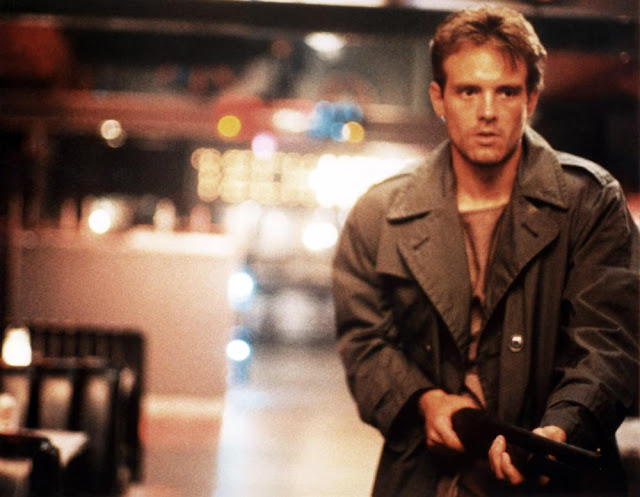 twenty. what bends your mind every time you think about it? the implausibility of the terminator storyline. i’ve been trying to make sense of that thing for like three decades and still can’t do it. and here’s a little something else for yall to ponder: two of my characters are named kyle and reese. i swear i didn’t do that on purpose… or did i?

twenty-one. what is the most annoying question people ask you? how can you drive?

twenty-two. what’s the best thing you got from your parents? their determination for and faith in me.

twenty-three. there are two types of people in this world. what are the two types? bricks and sponges. after a storm and the sun dries up the rain, bricks retain their shape and strength, but sponges have to be wrung out. bricks don’t need anyone; sponges do. bricks don’t have much compassion; sponges do.

twenty-five. what are three of the most significant numbers in your life? twelve, sixteen and seventeen.

Leave a Reply to The Flynnigans Cancel reply