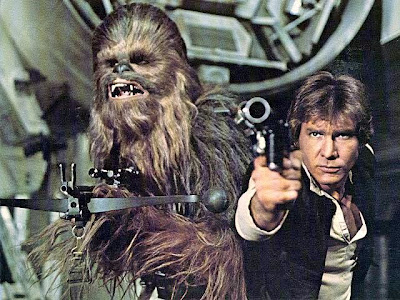 one. i am allergic to animal dander and lanolin. i once spent thirty minutes copping a squat on the floor of heb’s woodlands market trying to find a lotion that did not have lanolin in it (although i don’t have the problem of finding a good lotion now, because bath and body works has its true blue spa products, which i love).

two. eventually, i would like to have seven dogs (but they would have to be outside dogs, because of that allergy, and i would not only have to be able to afford the seven, but the house with the big enough yard to accommodate them) — two french mastiffs (nazareth and galilee), two akitas (chew and bacca), one lab (george), one rottweiler (henry) and one boxer (ocee).
three. one of my nicknames at a former place of employment was kooky. when i became a supervisor, it became superkook.
four. if i’m overwhelmingly troubled by something, and i’ve got the time and the gas, i’ll drive to galveston and sit on the seawall until i figure out how to fix it (or until it’s too late to be sitting on the seawall by myself).
five. if i really like a movie, book or song, i’ll watch, read or listen to it until i get sick of it. like the latest star trek film. i watched that one in the theaters twenty times, three in one day, back to back. and yes, i paid for every show.
six. i drove a friend of mine from san antonio to dallas and back in one day so he could see about a girl.
seven. i’ve yet to be able to watch all of the star wars films in one day.
eight. i don’t feel comfortable asking people to spend time with me.
nine. i took a semester of spanish after having taken four years of german. i got a d.
ten. my least favorite color is barbie doll pink.
eleven. pearl jam played a free concert at kansas university in spring of ninety-two. the college i attended bused girls to the show. i didn’t go because i’d never heard of them.
twelve. i’ve got a pretty good voice, but i’m terrified of the stage.
thirteen. i hate to cook, but i love buying things for the kitchen. they’re more decorative than anything else.
fourteen. i cannot stand it when people paint wood furniture, including cabinetry. all that beautiful grain, covered up. painting on it in small doses — accents, like flowers and stuff, that’s okay, but painting it top to bottom, side to side, is inexcusable.
fifteen. my favorite piece of furniture is the antique icebox my great uncle refurbished and my great aunt painted (small doses).
sixteen. my room is in perpetual chaos.
seventeen. the more i watch the film the proposal, the more i like it.
eighteen. i have lived in nine different cities (some of them more than once). it’s rare that i stay in one place for more than two years (which could be why i feel compelled to get the hell out of dodge right now).
nineteen. i have buzz-cut my hair twice — once because i got mad it because it kept getting in my face and once because i’d bleached it and then dyed it black a month later. i loved not having to mess with it. i hated being called sir.
twenty. my three favorite characters from books and films are george doren (at least, i think that’s his last name…i don’t remember, and i’m too lazy to invest any more than the five seconds i invested trying to look it up) from the novel right before your eyes, henry roth from the film dedication and han solo from the star wars saga.
twenty-one. if memory serves, i’ve only walked out of a movie in the theater three times: mad love, meet the fockers and minority report. i should’ve stayed with minority report. that one’s back half was much. much better than its front.
twenty-two. i don’t have any depth perception. so things like three-dimensional movies…they don’t do a thing for me, but i still have to wear the glasses to watch them.
twenty-three. i don’t like diamonds. they’re pretty enough to look at, but i like colored jewels better.
twenty-four. i don’t like white walls, either.
twenty-five. every now and then, i sleep with my teddy bear.