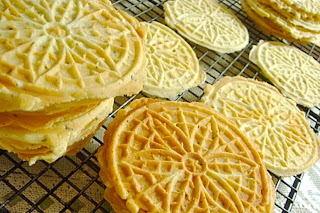 one. so i’m a little jealous of those girls who get to register for gifts for their homes just because they get engaged. not that i have a house. i have a room and a bathroom. but someday…hopefully. a girl can dream, right? so i figured, screw it. i’ll make me some wish lists.
two. and that is why i was in macy’s china department that stormy saturday a couple of weeks back. i was scanning all the pretty, pretty and making me a birthday gift registry. i did one for pottery barn the next day. and one for restoration hardware this past weekend. i’ll do one for williams sonoma, too.
three. the mass last night was about greed. one of the readings was about the man who’d decided to build a bigger barn because all the things he’d collected didn’t fit in the one he had. jesus called him foolish. yeah, yeah. i get it.
four. the past week or two, i’ve been posting film quotes in my facebook status updates. some were from harry potter films. and while researching one day for the best line from the first flick, i was reminded of this by dumbledore: it does not do to dwell on dreams, harry. and forget to live. yeah, yeah. i get it.
five. i like the songs they play in mass the most. does that make me bad? that came out wrong. i meant the parts of mass i most enjoy are those in which i have the opportunity to sing. i’ve probably mentioned that before.
six. the tune that’s played while the collection is being taken and the priest is preparing the bread and wine for consecration is one of my favorites. it’s called mighty to save by hillsong. when they play this, i love being in church. i feel good. i want to be there. so much so that this time, i was tempted, very tempted, to stay past having received communion. i would’ve.
seven. except i caught one of the life teen youth leaders and his little brother staring at me in a manner that was reminiscent of the manners of others who have taunted me in the past. i was, unfortunately, bothered by this. boys. half my age. are intimidating to me. ridiculous. i jetted soon after snatching the host from the priest. and of course, as fate would have it, i had to brush past both the boys as i vacated the premises. it’s not the mockery that bothered me so much as the fact that it took place in church by someone who should set an example.
eight. over and over again, i sang this on the way to the movie theater. the last movie i remember watching in the theater was iron man two. i figured i should treat myself. anyway, i’m singing this in hopes of recalling a better memory of mass. even hummed it as i crossed the street from the garage to the main entrance of the theater.
saviour, he can move the mountains